Odd Bits - The Pissed Off Edition

I’m still pretty ticked about Sunday night’s game. One thing I learned from my ex-wife is that when you’re good and pissed off, there’s no sense in wasting it, which I often discovered first hand after she’d been fighting with her son before I’d come home from work. 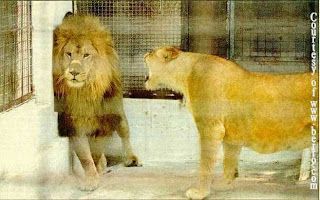 So I'm up for posting some Odd Bits tonight...

I’m completely fed up with this "dithering” bullshit being leveled at Obama. Cheney crept out of his lair this week to charge again that by taking so long to decide the next course of action in Afghanistan, the President was showing weakness to our enemies.

Yes, in the animal kingdom, maybe. But in the world of grownups on the world stage, it’s not a bad move to actually think things over. Perhaps if the Repubs had tried it once or twice, we wouldn’t be in half the bind we’re in now.

We didn’t elect the Harvard Professor to get to the White House and think with his balls. We elected someone to look at the data, weigh the pros and cons, hear the options from the various experts and determine the best plan. That’s actually a good thing.

Our society no longer values complex thinking. If it can’t be summed up in fortune cookie statements, we just change the channel until someone can boil it down to something easily digestible. I’m looking at you, Beck.

We already had a go with “going with my gut.” That may be fine for picking a play on 3rd and long, but not with international affairs. The Shrub’s gut told him about Putin’s soul after looking in his eyes. Right. I submit that after years of being hypnotized by the evil that is behind Cheney’s eyes, Putin looked like Mister Rogers.

Enough with the gut. We elected a brain this time, one that writes books instead of coloring in them. We expect him to use it.

Now I don’t know what he has in mind tonight, other than committing more troops, but I’m sure he’s going to tell us about it. And it will add up to more than:

We = Good
They = Bad
Ergo: We blow some shit up. And make money for all our benefactors in the defense industry.

Invite This!
Another fart in a windstorm story… the couple seeking their 15 minutes crash a State Dinner. Now, a story that should be on an episode of “Punk'd!” is now dragging on and on.

When I first heard about it, I said to myself, “The Secret Service, an independently functioning operation, mistakenly let a couple of fame-seeking yuppies get close to the President. Now let’s see how long it takes for the right to make it Obama’s fault.” (Yes, I always say things to myself in long, multi-part sentences.)

The answer is “not very damned long at all.” Now they’re dragging the Social Secretary (who wasn’t standing at the gate) and a Defense Dept. official (who emailed them that they were not invited and she had no authority to change that) into the fray. So naturally, by extension, the Obama Administration can’t be trusted to “keep us safe from the terrorists.” Just check out the comments from the Baltimore Sun TV critic’s blog post on the crashing couple. The people just can’t wait to blame the administration, as if some sudden case of liberal incompetence took over the workings of the Secret Service, who, of course, were just fine when protecting George W POTUS.

5-Iron This!
I don’t care even a little bit about this “story.” 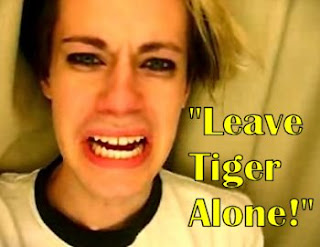 Some rich golfer cracks up his car at 3 in the morning after a fight with his trophy wife? So what else is new? He doesn’t want to issue a statement? Fine. Doesn’t want to talk to the cops? The only damage is to his car and his face. Who cares?

I’m just waiting for someone in his position to come out and say:

Mind your own fucking business. You do not have the right to know what goes on behind my iron gates. See you on the links.

PS. Thanks for all the dough.

Bravo. You hit the nail on the head. First of all, the whole Bush math equation is priceless. I thought I was the only one who thought that's how he passed school...blowing shit up.

Regarding Tiger, so true. But like Mark Madden said, this is a TMZ world now, nothing goes unpublished. Sad, but true. Now they're having debates as to who is hotter, the wife or the mistress. Seriously? Just leave their lives alone. He's rich, get over it.

And lastly, regarding the crashing couple...people are so fucking ridiculous. That's all.

Cheney. Maybe he is secretly a reincarnation of Lon Cheney. He has already criticized the President's announcement of sending more troops to Afghanistan. He did not criticize the premise, just the fact that in his estimation, it took so long. I suppose the phrase "due diligence" is not in Cheney's vocabulary. Pompous ass! Cheney is a dithering idiot.

As to the 'crashing couple,' I do think that warrants investigation, and I would not be unhappy if charges were pressed against them and a few Secret Service guys lost their jobs. Obama has had so many death threats, and the fact that these 'outsiders' got so close is frightening. What if they had Ricin? Just a thought.

No matter what the guy does the republicans will think of some way to criticize. It blows my mind.

Eight years of no direction but DOWN and we can't give the new guy a break?? Not to mention he's the smartest guy to be in office in the last decade.

What's going on is, these guys see the writing on the wall. The country is changing and will continue to change from here on out. This is their last stand and they know it. That's not to say the republican party is completely done, it just means that rich old white guys no longer will be as attractive to the young diverse population that America is becoming.
(Not that there's anything wrong with rich old whit guys in general!) :)

Bush dithered on Afghanistan for 7 years.

Now we're left with a war against an unseen enemy (Taliban? El Qaeda? Pakistan? Poppy farmers?) and no idea what victory would even look like. (Is Osama supposed to surrender at some cerimony on an aircraft carrier?) Obama is forced to spend six months looking like he's trying then get the hell out. There's no win here. It's lose/lose, but, thank's to Bush/Cheney, Obama has no good choices. We'll lose some good men and kill some innocents in the process. Thanks, Dick.

You're welcome, carpetbaggery. Wait, what? I didn't do anything. I wasn't even there that day.....

The Power of Positive Distraction! Where were the critics in December of 2001 when Osama was hanging out in Tora Bora? Probably shopping. Where were the vitriolic nay sayers when Bush was playing Top Gun dress-up in 2003? Where were the psuedo patriots when Daniel Pearl was beheaded? Probably all were watching "American Idol" or "Dancing With the Stars".

So now who is surprised at the big tv yadda yadda yadda over an inane couple seeking who knows/cares what and a bad temepered guy who bats a little white ball around for a living. Fills endless broadcast hours, sells bazillions of magazine and newspapers, especially with pictures, because nobody has time to read while keeping up with all the latest trivia.

Cassie:
Yeah, I know it's a TMZ world... (shakes head sadly) It's the triumph of the "bright shiny object", that compelling distraction with trivial bullshit that the corporate powers are only too happy to throw our way, lest we start wondering about the Man Behind the Curtain.

Cher:
At least LON Chaney was acting. This one is morally and spiritually bankrupt, believing in nothing but acquisition of wealth and power.

As for the crashers, I do take the error seriously... The Secret Service needs to tighten up their procedures. Perhaps this is just what they need to get them on their game. My beef is with the inevitable politization of the matter.

GUY:
One day, I hope to BE a rich old white man, if only so I can break the mold. And get season tickets...

Carpetbaggery:
So right... there is no "win" to be had here. Best we can hope is to not lose too much. But how do you tell a fallen soldier's family that?

War. Huh. What exactly IS is good for?

Dick:
Looks like we have an over-abundance of Dicks in play right now. Does that make these comments the online equivalent of a Sausage Party?

Mary Ann:
Ladies and Gentlemen (and Dicks), the Liberal Voice of the Emerald Coast! No one pens a flame like you. Even if they don't run them in the paper.

Love the point about our "all pictures" society. So true.

Are you referring to something here, or did you just log in to come and say you have nothing to say?

Ha. No, War, huh? Yah, What is it good for? ABSOLUTELY NOTHING! Sing it again!

Gah! Done in by my own pop culture references!