Truth be told, I actually picked the Rats to win last night. I know, I’m not proud of it, but I haven’t liked the way the Steelers have been playing the last few weeks and I knew the Ratties would be coming full force in a futile attempt to reverse what happened to them last year.

Anyway, I made this pick on Tuesday, long before it was known that Ben would not play. So I can’t say I’m surprised at the outcome, what with their JV QB Dennis Dixon in there. I’m actually surprised that it was this close.

The Mojo Boogie
Upon consulting the Mojo Charts, we won at Denver on a national TV game while I was wearing the Heath Miller throwback ensemble. Also, I figured the boy QB would need the Big Guy’s help with some short throws over the middle, so I decided to rock the 8-3 last night. 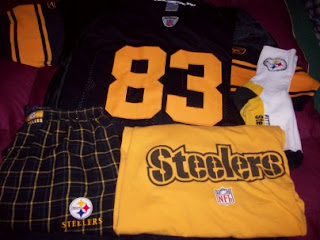 Sadly, it didn’t help. Was Heath even in there? Oh yeah, that was him staying in to block all night. The shirt must have done some good… there were no sacks given up by Heath or the Steelers O-line. I’m going to have to try something completely different for next week versus the Raiders. Now on to the game notes:

* The kid did well, all things considering. He took no sacks, which I think was due not so much getting stellar protection, but to Dixon getting rid of the ball on time. Each drop back was like, step – step – step – Gone! He was on target for most of the first half but regressed badly in the second, like he just realized that those were the real, live Ravens over there. More that from QB inexperience, the Ravens benefited from the Steelers playbook being cut by about 75%. For the most part, all they had to do was defend the run, the passes in the flat and short over the middle. I really would have liked to see some more rollouts or bootlegs… anything that would get Dixon moving in space. You saw what happened the one time he got to run… a big TD. Sadly, another long run was negated by a holding penalty. Which brings us to…

* The penalties… I’m not saying the calls were all bogus, but they sure came at painful times. I will say that the holding call that negated Dixon’s long run in the 1st quarter was the same thing that teams do to Harrison all game long, with no call. Then there was a huge catch by Santonio with an amazing effort to get the first down that got called back on a holding penalty. I don’t want to hear any more of the Ratbird’s fans shit about how the refs are all biased for the Steelers and against them. 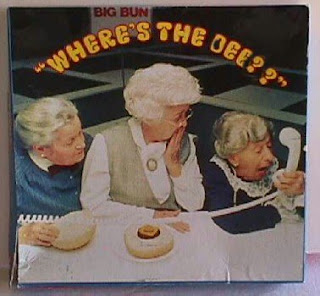 The Steelers didn’t lose because of the JVQB. They lost because of the defense. When did they forget how to tackle? How many dudes missed on Ray Rice as he ran the ball 55 yards down the field? When did they forget how to make a play on the ball? Ryan Clark was in great position to knock down a long bomb, but never even looked for the ball as it went right by him. Then Ike blew a play on the ball in the end zone right after that, resulting in a Rattie TD.

The Steelers D used to own the 4th quarter and ravage the opposition like a pack of wild dogs. Now they just look like a bunch of mutts.

Now please, no overlooking Oakland next week, OK? Time to get serious. We need to string some W’s if we can even think about grabbing a wildcard playoff spot. And we have one more month until we see the Rats again.

This time, they’ll see the A-Team. 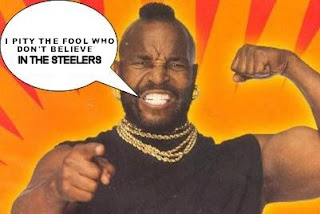