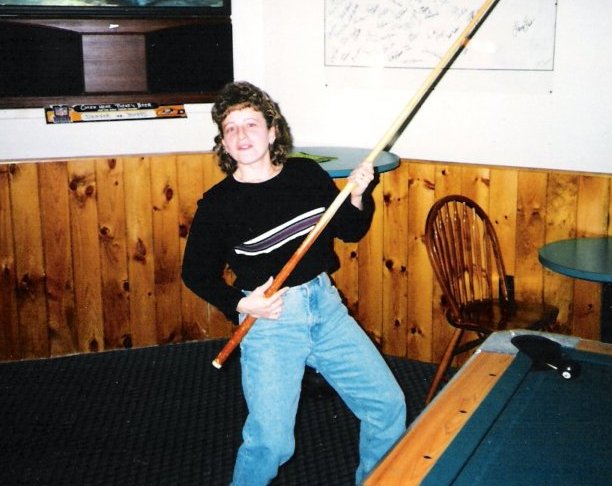 This is Lil Bit.  Sadly, she’d just gotten an unfortunate haircut (that she hated) right before I left, which had shorn her long curls.  This shot was from my goodbye party.
So I went in to see her and seeing the look on my face she was all “OK, spill it!”  I didn’t want to talk right there because the DM was in the store and I didn’t want to set off a premature panic.  So when she said her husband was going to be in class until 9:00, I invited her to my place for dinner.  (Which was completely honorable…  her husband was a good guy and they were great together.  He was barely taller than she was… they looked like a couple of hobbits.)
She was barely in the door when she spied my picture board full of family photographs.  She asked me, “How come you’re still here?”
Little shit was wise beyond her years.
She said, “I see all these pictures of you smiling with your family and I never see you look like that any more."
“That, Little One, is the gist of my problem,” I said.
Over dinner, I laid it out for her just how miserable I’d been feeling.  I’d moved there for a purpose once, but that purpose is gone.  There was no reason that I should be there alone when I had family elsewhere.
“Go!” she said.  “Just get out of here.”
It was like a giant weight off my shoulders that someone else understood.  It would be OK.  Albany would keep turning without me there.  I got a hold of the DM the next day and told her I had to go.  She understood.  They all did.  I called my brother and asked if his offer still stood.  It did.  I called the movers, started packing, and worked my final 2 weeks.  I was proud to be able to turn over the store in far better shape than it was when I’d inherited it.
I had one last long night out with my craft store friends and said many sad goodbyes.  The next night I played my last hockey game and spent another long night at the bar saying goodbye to that bunch.  They were all great people and I still miss them. 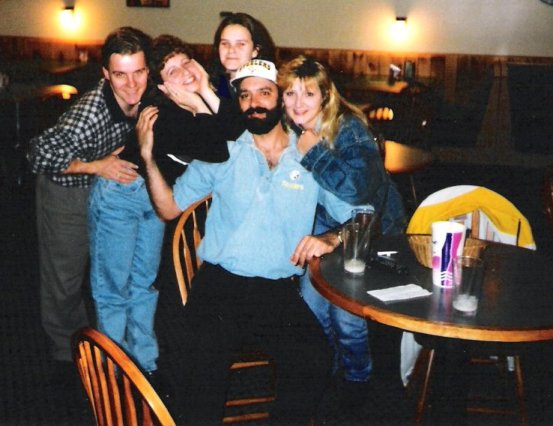 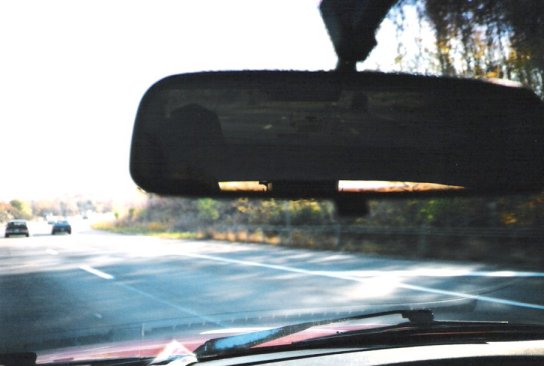 I actually took that shot as I was leaving town that day.
I set sail that morning for Baltimore and brighter days in my future. 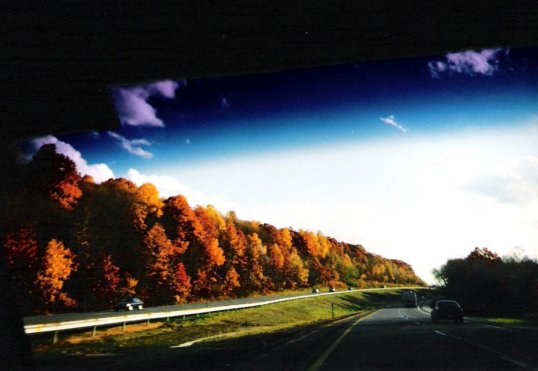