Don't Make Me Go All 'Jules Winnfield' on Your Little Ass

This week saw the release of the greatest children’s book, ever.  OK, it’s not really a “children’s” book… It’s the book for parents of children, lovingly titled, “Go The F**k to Sleep,” written by Adam Mansbach. 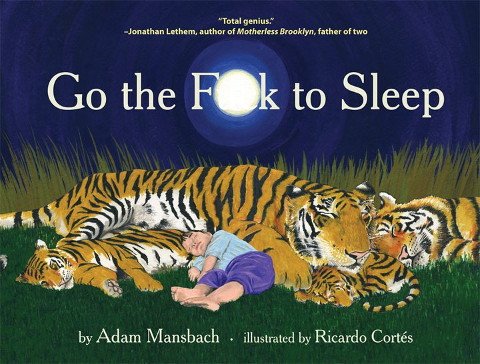 As the title indicates, it’s a book written from a frazzled father’s point of view, trying to coax his little angel into going the fuck to sleep.  The book is lovingly illustrated and it’s the juxtaposition of the beautiful art, the sweet sing-song rhymes and incessant vulgarity that makes me laugh my ass off.
But the real stroke of brilliance is that they got Samuel L. Jackson to read the “Book on Tape.” 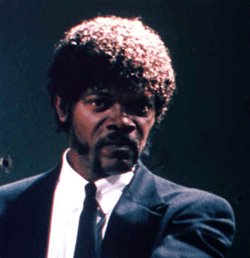 Jules says, “Do I look like a bitch to you?  Go the fuck to sleep.”
Now we move from funny to genius.  It’s almost like it was written expressly for this guy to read.  In fact, this move is so freakin’ great that I actually feel sorry for the author.
I received a PDF of this book via email last week.  This week, clips of the audio book are all over the Internet.  It’s totally gone viral.  So how the hell is this poor schmo going to make any money?  For his sake, I hope he got paid up front by his publisher.
But I digress.  I really just wanted to share this clip.  It opens with Samuel L. talking about his own trials and tribulations with putting his daughter to sleep, and goes on to his reading of the entire book.  (Only 6:20… a most worthy investment of your time.)

Late Edit: The clip I originally used was removed from service, no doubt by the copyright police.  At the moment, this clip still works, showing SLJ reading 3 of the verses from "Go the F**K to Sleep."

When I was a kid, a book like this was not necessary.  There was very little nighttime foolishness in our house.  My brother and I may have chattered with each other a bit, and may have even got out of bed to torment each other, but we NEVER left the room and God forbid we ever called out for something lame like a glass of water.
When we were told it was bedtime, we got up, went to the bathroom, then went to bed.  There was no negotiations or delaying tactics.  Our options were always the same:
1.  Go to bed now.
2.  Go to bed now with a swat in the ass.
3.  And stay there.
End of negotiations.
Once in bed, we stayed there.  Moms used to say that if we were sick, we could come in and get her.  I never found this to be an option.  I’d have rather put a sharp stick in my eye than go in there and wake up my parents.  It just wasn’t done.
If my dad were to write a bedtime book, I’m pretty sure it would be called, “Don’t Make Me Come In There.”  That was a runaway best seller in our house.
Posted by bluzdude at 12:30 PM