A Scene from The Summer of Bluz

Looking into my murky crystal ball, I might see something like this in store for me this summer:

Those ran a couple years ago and became my instant favorites, especially this part: 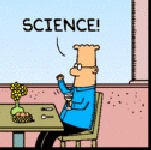 I saw something in the paper on Friday that looked to contribute to the Summer of Bluz.  I’m not much one for concerts anymore; I’ve pretty much left those to the days of my youth.  I takes a perfect combination of criteria to get me to go to a show now.  But what I saw fit the bill.

In August, the rock group Boston is coming to an outdoor amphitheater down on the Inner Harbor.  It’s perfect for me because:

·    Boston is an important band from my teen years.  I know I wore out several cassettes of their first album, and they made an appearance at every Barn Party.  (I can still totally air drum to More Than A Feeling, beat for beat.)  (I know, “Nerd Alert!”)  To me, their sound is timeless, and the recording techniques they used back in the mid-70s still hold up today.  Next time you hear one of their songs on the radio (ha), turn it up.  Listen to how crisp and clear every instrument sounds.

·    They’re playing right here in town.  In fact, I can walk there right after work.  (The show is on a Tuesday night.)  All I have to do is find a way to kill some time before show time.  Maybe there’s some kind of establishment nearby, wherein people will bring me drinks in exchange for money.  I notified Sitcom Kelly of an upcoming happy hour.

·    Tickets were relatively cheap… got my seat for $63.00 (including $13 in assorted fees).  OK, it’s outrageous compared to what I used to pay for concert tickets, but in today’s market?  Not bad.

The only down side is that I’m going alone.  I suppose I could have gambled on finding accompaniment, but I have rotten luck in buying extra tickets on spec.  It rarely works out.  (And before you ask, Sitcom Kelly already declined.  It’s not really her kind of music, plus she’s saving up for the Hall and Oates show the next month.)

I thought about taking my nephew, with whom I was I had tickets to see Van Halen two summers ago, before they cancelled the show.  But this show will be during the last week of August, and I’m pretty sure that will be his first week of school.  No way will his mama let him out late on a school night, especially with his Black Sheep Uncle.

I suppose I could have gotten an extra in case I meet someone this summer, but I know my track record.  That’s not something on which I would bet $60.

So, I’m hitting this one solo.  I used to go to concerts by myself all the time, and I still go alone a lot of baseball games.  I also found out it’s easier to get a good seat when you only need one.  In fact, I was just about to finalize the purchase of a seat, but backed out, because it was probably too good.

See, I’m concerned about my hearing.  And it’s not for nothing… since last summer, I’ve had a constant whistling in my ears.  (It’s called tinnitus.)  So the last thing I need is to go to some blasting rock concert, right? 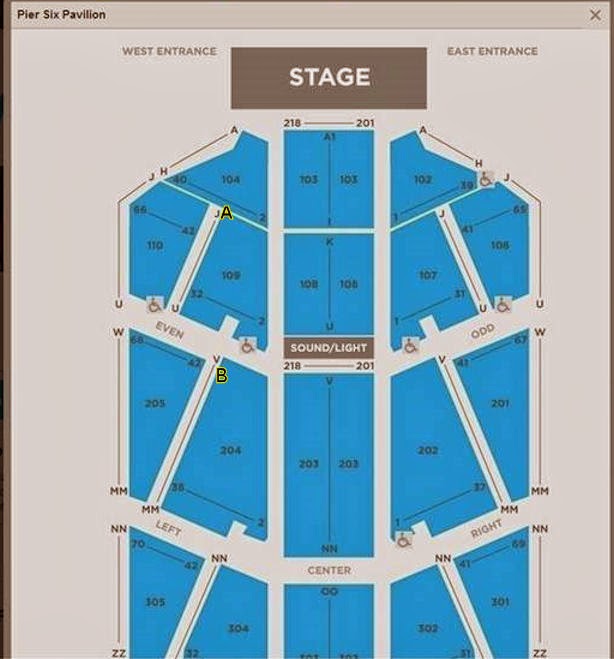 In the publicity pictures, Boston founder and guitarist Tom Sholtz was on the left side of the stage, so that’s where I wanted to sit.  I found a single open seat in the first row on the aisle of section 109 (marked “A”).  I was about to lock it down when I realized I’d be smack in front of a giant stack of speakers.  Even with the foam earplugs I plan to wear, that could still cause a problem.  (I probably wore ear plugs to most of the concerts I’ve ever seen, ever since I found myself at the front of the stage for George Thorogood, with my right ear about 10 feet from a giant Marshall stack.  My ear rung for 3 solid days afterward.)

Instead, I looked one section back, and found one in 204, third row on the aisle (marked “B”).  I figured I’d still get a decent view, and the sound shouldn’t be quite so jarring.

I saw Boston play the Richfield Coliseum when I worked in Cleveland, back in 1987.  (I was comped, but the ticket price was only $18.00.)  They were on tour for their third album, “Third Stage.”
I had a chance to go backstage and meet them, but the label rep only had one backstage pass.  Because I was there with a friend, I felt I couldn’t go off and leave her alone, so I declined.  (Dumbass!)

They’ve got a new album out now; I suppose I better check it out, so I’ll know what they’re playing.

Anyway, I’m pretty excited about this adventure.  Now I just have to hope it’s not one of those steamy Baltimore August nights, with temps in the mid-90s and 80% humidity…

[…he says, whistling past the graveyard…]
Posted by bluzdude at 1:36 PM