Chatting It Up Part 5: Kicking the Habit

Right around when I decided to upgrade my Windows 98 “starter computer,” the Virtual Places (VP) world seemed to be winding down.

They had introduced a voice function for a short time, but just as people were starting to embrace voice chat, they discontinued it.  I have a feeling there may have been some push-back from the big telecoms.  Verizon probably sent a couple gorillas over to the VP office, to “reason” with them about how it “might not be in their best interest” to give people a way to bypass traditional phone or cell service. 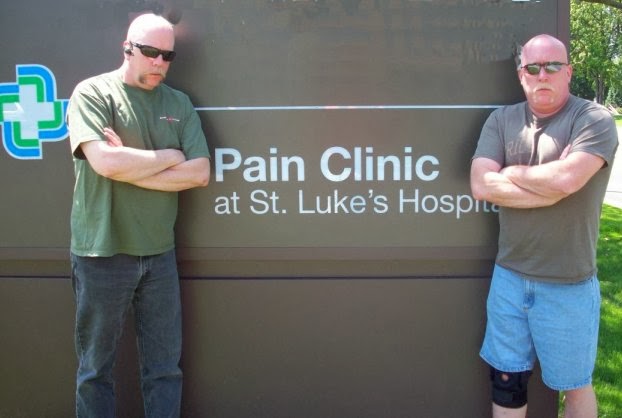 How ‘bout youze deep-six that voice chat, before we have to bring you into the “Clinic?”

There was another site overhaul that was promoted as an upgrade, but in reality, stripped away some of the features that made VP so much fun.  By the time I updated my PC in 2004, I was just about done with the whole scene.  When I tried to install VP on my new unit, I couldn’t get it to work properly, and that was the last straw.

I heard from my chat-room regulars that some of them were going to a new pay-site for chat, but I wasn’t interested.  Pay for chat?  Like I was some kind of chat whore?  No thanks.  I moved on.

Tired of chatting with mysterious, far-away, unattainable women, I began going on Match.com, so I could chat with mysterious, local, unattainable women.  No, I’m not going into all of that.  I’m not up for another full series yet, but suffice to say, it was a trip.  Over all, I didn’t have much success, but at least it got me out of the house once in a while and I discovered some new places to go.

Match.com used to piss me off though, because even though I specified women within a 25 mile radius, I kept getting responses from women in Annapolis, or on the Eastern Shore (of MD).  I consider anyone who’s more than an hour away to be a long-distance relationship, and in my experience, those never work.   I usually try to avoid them.

It’s funny though… the chat technology that I thought was so novel and cool is a run-of-the-mill feature now.  Even in my office, we have an IM function baked right into our desktop applications.

And apps like Facetime and Skype?  If you think about it, that’s right out of the 60s cartoon, “The Jetsons.”  All the futuristic sci-fi technology is slowly but surely coming to pass… all except the jet-packs.  Maybe someday… but when they do, I bet those mid-air person-to-person collisions are going to be epic.

I can’t imagine people will be any more careful with their jet-packs than they are in their cars.  When jet-packs become available to the masses, I want to go live in a tall apartment building in the city, just to watch the action.  I suppose I’d better get some reinforced windows though.  It’ll be like “Road Warrior” with wings.

You never know where the tech is going to take you.  I mean, look at Facebook.  It’s a lot like the old chat rooms, wherein you can interact with lots of people, except you know everyone (at least in theory).  You can whine, complain, crack wise, flirt, argue, and provide pictures and videos of your kids and pets, just like you might at a neighborhood bar.

You know, all those years when I was living alone in a strange city, yearning for some connection with my friends and family, this stupid app could have been a great comfort.  Never has keeping in touch been so easy.  We should remind ourselves not to forget that.

Because, you never know when a voice from the past is going to come out of nowhere and smack you right between the eyes.  That’s what happened to me, a couple months ago.

An old friend noticed that my Facebook status had been changed to “Single,” and decided to make contact.  There were emails, then chats, then phone calls, and then a visit.

Thus began the most improbable love story I could imagine.  I might have even mentioned her here a time or two.

Just goes to show, no matter how you plan, life is unpredictable.
Posted by bluzdude at 7:11 PM

I am such a romantic at heart that I dearly hope that you are in the midst of the love affair and relationship of your life and your unrequited love has now been fulfilled. I went back and read the three blog posts about your experiences from long ago. I cannot wait to hear the update. Finally a blog post for the romantics! Enough about sports -- what is going on?!

Stay tuned for the story to play out. You’re not going to believe it.