In Order to Beat'em, Join'em

There was a story out this week that almost made my head explode.  Just when you think you’ve seen every type of attack on birth control, the Religious Right hits an even deeper low.

In Tampa, a nurse-midwife is suing Planned Parenthood because they refuse to hire her, for the flimsy reason that she refuses to prescribe birth control pills, due to religious reasons.  The Christian right organization Alliance Defending Freedom is representing her.

I see two possible scenarios at play here.  Either this woman is deluded into thinking she can strong-arm a business into hiring her, despite her unwillingness to do the job (unlikely), or this is yet another route from the Religious Right to put Planned Parenthood out of business (yep, that’s the one). 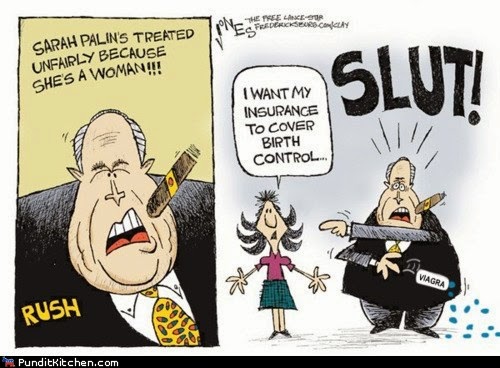 I mean, they’ve stripped them of funding, they’ve forced them to read from scientifically unsound scripts, they’ve legislated one onerous requirement after another that no other outfit has to meet, and cleared the way for patients to be hounded and harassed on the way in the door, all under the guise of “protecting” women.

Since they’ve been unable to directly overturn at Roe v Wade, they’re doing the next best thing: making obtaining reproductive services so expensive and inconvenient, they accomplish their goals in practice, rather than theory.

I’ll be interested to see how this plays out in the courts.  To me, common sense says it gets dismissed out of hand.  How can one not see the ramifications here, if a business can’t establish job requirements and hire to fill them?

I’m all for equality in hiring, but the bottom line is that the applicant has to be willing and able to do the job.  No can do?  No get job.  Period.
Posted by bluzdude at 5:00 PM

Email ThisBlogThis!Share to TwitterShare to FacebookShare to Pinterest
Labels: Culture Wars, Political Bluz, The Religious Right, Things That Piss Me Off

The most insidious and sickening part of this ploy is using women against women. An appropriate interview question for this one might be: Are you willing and able to raise an unwanted baby?

It's funny how these people have all these rules about how OTHERS should live.

Dude, you're one of the good ones. Keep raising your voice. It's much appreciated.