While it’s usually pretty cool to have a new-ish car, there’s also a down side… now you have something to lose if it gets damaged.

Last Monday, I got off the subway train, got in my car and headed for home.  About halfway there, I needed to change lanes so I checked my passenger mirror, and noticed that it wasn’t there.

I was like, WTF??  I’m lucky I didn’t rear-end anyone, because of how long I kept looking over there.  Maybe I was hoping it would reappear.  That way I wouldn’t have to worry about replacing it, I’d just have to worry that I’d had a stroke or something.

The weird thing was that only the mirror piece was gone; all the bracketing that holds the mirror was still there.  When I got home, I checked around the frame and there was no sign that someone had ran into it with their car.  It was more like someone stuck a knife in the crack and popped it out. 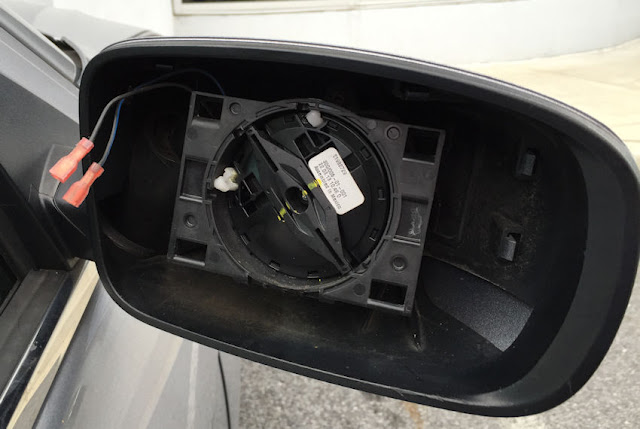 When I went back to the lot, there was no sign of the mirror on the ground, broken or otherwise.  That made coming up with a motive a lot harder.

That day, I had worn a Steelers shirt and hat to work, so my first thought was that someone saw me get out of the car and decided to screw with the Steelers fan.  But then I would figure they’d smash the mirror, not take it.  Then I wondered if it was more backlash from the Darwin fish plaque I have on the back of the car.  It wouldn’t be the first time.  But again, I’d expect the mirror to be broken or left behind.

The only reason I could think of for taking the mirror was that if someone needed the part himself.  I mean, if you’re a criminal, what is a subway parking lot other than an unlimited cross section of auto parts?

And what happens if I get it fixed and then they just come back and take it again?  At least if someone needed the part for himself, well now he has it and, therefore, should not need another one.  Of course, if he’s selling the parts, I’m back to being screwed.

But, because I’m a conscientious driver, I went to get it replaced.  Unlike so many of my Baltimore neighbors, I still check my mirrors and signal before changing lanes.  (I bet you could steal every turn signal in the state and nobody would notice for months.)

I had the dealership take a look at it on Tuesday, and hoped they’d just be able to replace the mirror part.  They were about to do just that until I discovered that the inner bracketing wouldn’t move when I worked the controls.  Bad news.  That meant I needed to replace the whole thing.  They had to order the part, which cost about $200.  Gah!

The dealership parts guy explained that I still got off light.  Because my car is a 2013 model, the mirror assembly comes pre-painted.  If I had a 2014 or 2015, it would need to be painted too, which would have run another $100.

So I set up an appointment for Saturday afternoon and went back out to get it fixed.  It was an easy fix… labor only ran another $50.  Best of all, there was a Wendy’s nearby, so I got to have a nice lunch.

It’s funny how complicated our cars have become now.  I mean, I was never anything close to a gear-head, but I could perform some basic functions… putting air in the tires, filling the wiper fluid, replacing wiper blades, changing a tire, taking the car to Jiffy Lube… I even replaced a brake light bulb once!  (CFO, stop rolling your eyes…)

But even jump-starting a car has changed up.

On Friday, I was heading out of the subway parking lot, trying to get to my local bar before happy hour was over, when I saw a crazy lady jumping up and down in the road and flapping her arms at me.  Upon closer examination, it was one of my co-workers, the one who sits beside me.

Quickly, I had to do some inner calculations; specifically, the odds of being able to help her out without missing the end of happy hour, versus how much blow-back there would be if I just pretended like I didn’t see her and headed straight to the bar.

OK, I kid… she is a 60-something African-American woman, of whom I am quite fond.  So of course I pulled over to help.  She told me her car wouldn’t start and she needed a jump.

While I haven’t had to jump-start a car in probably 10 years, it was still within my realm of capability.  Or so I thought.

I got my car pulled around, to go nose-to-nose with hers, got my jumper cables out, popped my hood, and… wait a minute.

Where the eff is the battery? 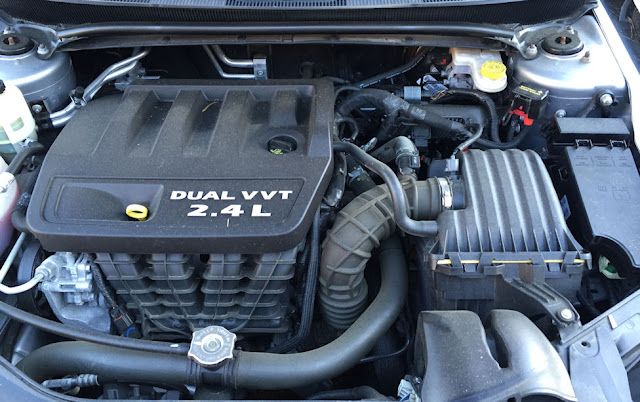 Go ahead, tell me.  Where’s the freakin’ battery?  Did they steal that too?

Now, this was the first time I’d opened the hood with this car, so I expected there to be a learning curve.  But nothing seemed familiar anymore.  Up is down, down is up… it’s chaos under the hood!

I looked at that plastic box on the right, which had a battery charge diagram on it, but when I opened it up, it was the fuse box.  As I recall, the fuse box used to be in the driver’s side foot well.  I mean, is the cigarette lighter in there now too?

After poking around some more, I finally went to consult the owner’s manual.  I may be male, but I’m not too proud to check the instructions.  And it paid off because it showed a diagram of where to hook up the positive and negative cables.  The positive node was under a plastic cap.  The negative node was just a bolt on a piece of metal covering.  Nowhere did I see anything battery-like. 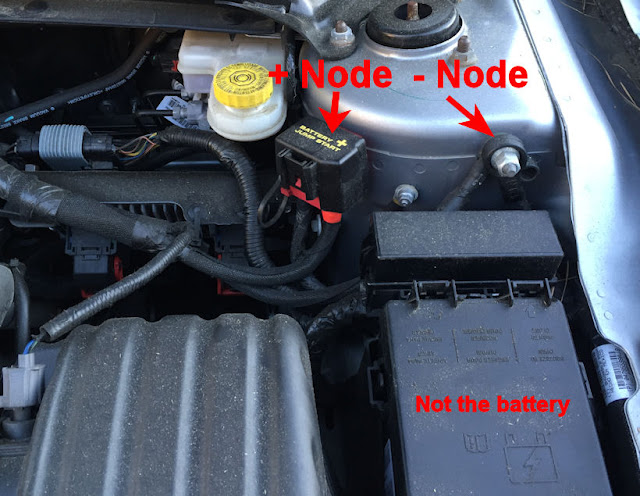 Yes, CFO, I’m aware that the negative connection is probably a grounding site and not a battery terminal.

Anyway, once I figured out where to put the cables, the rest was a breeze.  We got my friend's car going again and we all went off on our way.  And I still made it in time to get a happy hour-priced beer.

But I tell you, as far as driving goes, this area is crazy.  I see things every day that has me yelling in my car.  It’s a shame when the first spoken word out of my mouth every morning is an obscenity directed at some numb-nut driver who doesn’t know what a turn signal is for.  Or that somehow his having a stop sign means “pull out immediately.”

A couple of weeks ago, I was driving home and I spotted this: 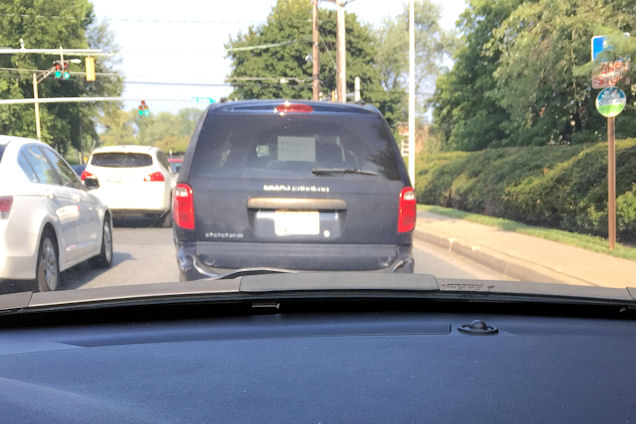 The sign taped in the middle of the back window says, “Student Driver.”

Are. You. Freakin. Kidding. Me?

You’re so worried about your student driver that you put up a sign smack dab in the middle of the back window?  So all your new driver can see from his rear-view mirror is a GD sign with backward writing?

Believe me, I had a sign for him, but he obviously couldn’t see it.
Posted by bluzdude at 7:20 PM

Email ThisBlogThis!Share to TwitterShare to FacebookShare to Pinterest
Labels: Baltimore Bluz, Bluz LIfe, Bullshit, Morons on Parade, Things That Piss Me Off