A survey came out two weeks ago from the Pew Research Center, in which 60% of Republican or conservative-leaning respondents said that colleges and universities have a negative effect on the country.  (Nearly 75% of Democratic respondents said they had a positive effect.)

Two years ago, the positive/negative response between political parties was about the same.

Then Trump happened and see, we’re getting dumber by the minute.

OK, it’s not really that simple, but there have been signs leading up to this alarming finding.

I’ve said this several times before but it bears repeating: Republican leadership does not want an educated electorate.  The last thing they want is for people to think for themselves or be able to dissect a statement or argument.  What they want is pliability and obedient workers who do what they’re told.

Look how long Fox “News” has been railing against the “Eastern elite,” or “egg-headed intellectuals.”  They’ve been demonizing intelligence since Day One by holding the most educated among us up to scorn.

Look how much time they devote to college protests, the more chaotic, the better.  It’s like riot-porn for them.  Then they can get together on Fox and Friends and cluck about how horrible these liberal college students are.  Granted, a lot of that has been because of the increased amount of protests directed at our current president. 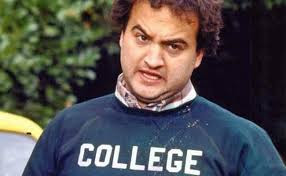 Just look through an aggregated news web page like Yahoo.  Every time you see a blurb about college protests, or liberal professors, or university political correctness gone wild, check the source.  Guaranteed it will be from Fox, or the Federalist, or the New York Post, or some other conservative mouthpiece.

This is no accident; they want you to distrust places of higher education.  Right-wing media has been leading people in this direction for years… It’s just become more prevalent in the last couple years.

Conservative power brokers know that college can teach people about how to spot logical fallacies and how to pick apart arguments, political positions, and media advertisement, (political and otherwise).  College students are likely to learn about scientific processes and enough earth science to call strict biblical teachings into question.

They do not want this.

They want to be able to spew fake news stories across social media and have people take them as stone fact.  They don’t want more people like me taking their stories and memes and picking them apart line by fallacious line.  (Like you can see here anywhere under the Debunkery label.)

I went to college many years ago, so I admit, things might not be the same.  (For example, political correctness was just becoming a thing.  I remember when we had to change the name of our charity “services auction” away from The Annual Lincoln’s Birthday Slave Sale, to something much less catchy.)

I never really saw any raging liberalism coming from the faculty, other than an occasional TA or old hippie music professor.  For the most part, there was no discussion of the political environment at all.  We just learned the subject at hand, whether it was journalistic principles, the history of broadcasting, the art of public speaking, or how to write ad copy.

But, I also took classes on values analysis, principles of logic, and mass marketing, which taught me how to dissect advertisements from magazines to TV… how to tear down (or construct) an argument… how to examine the motivations of the persuaders, to find their interests… in other words, they taught me critical thinking.

That’s the last thing conservatives want from young people now.  They do not want their little angels coming home from school with wild ideas about how old the earth is, or how being LGBT is not an elective sin, but a happenstance of birth, or that recent climate changes are not cyclical at all.

They don’t want kids exposed to anything that will contradict conservative values or a religious upbringing.  And because the Religious Right is married to the GOP, they want to keep those bonds strong and the sheep plentiful. If they go to college, kids may learn to recognize the disconnect between the Christian morals with which they were raised and the policy positions of those who claim to represent them. 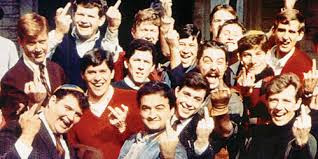 If the kids from religious families start thinking for themselves, they might not support politicians who vow to keep wages low while providing tax breaks for the rich, because it goes against the word of Jesus, no matter how many snappy memes the Koch Brothers’ media lackeys can produce.  That’s bad news for Republicans.

So how do they combat that?  they run an endless number of negative stories about trouble on college campuses… riots, underage partying, date raping, weird roommates, politically correct administrators running amok, and any other scary-sounding event that shakes up a conservative home. 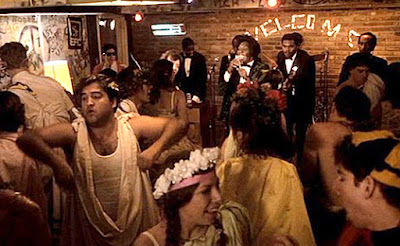 They create stories and memes designed to undercut the influence of the smartest people in the country, making it seem like they’re too busy philosophizing in the Ivory Tower to solve any real-life problems, while the simple folk get things done with common sense and prayers.

You cut access to government-sponsored college loans and jack up the interest every chance you get.  Then you keep the cost of college education so high and part-time job wages so low, there is zero chance of kids putting themselves through school on their own, without it taking until well into adulthood.

You keep pushing standardized testing in elementary and high schools, so teachers have to promote conformity and teach to the test rather than teach how to think, how to learn and how to blossom.

It’s unfortunate when a major political party wants you to ignore the only rational thing the legendary Dean Wormer ever said. 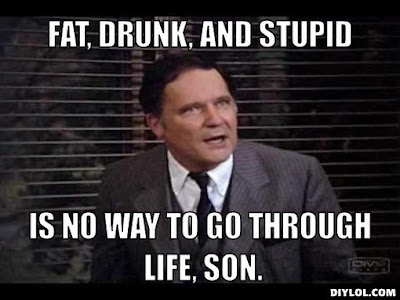 For the GOP, “Fat, Drunk and Stupid” is exactly the way they want you to go through life.  All the better to take your vote, enrich themselves and blame their opponent for your lousy lot in life.
Posted by bluzdude at 6:57 PM

My advice to alla yinz is to start drinking heavily.

Heard on morning radio: "This feels like a bad peyote trip."