Are posters a “thing” any more?  I mean aside from at my place?

I know I've always had posters up on the walls… I think I got it from my parents.  Of course they put theirs in our basements or rec rooms or laundry rooms, as opposed to the living room, like I do.

But I’ve been wondering if my folks’ old decorating habits affected my developing personality, because as I think back, some of the messages were pretty telling.

It started with my maternal grandfather, The Storyteller.  He used to have this on an orange felt pennant, displayed in his basement. 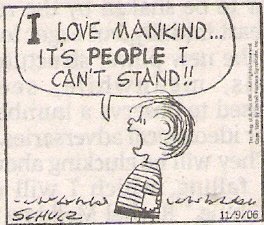 I never fully understood that one until I got a bit older, but from an early age, I got the hint that people suck.  And grandpas know things, so I believed it.

Even as an elementary school student, I understood this one that my parents had up: 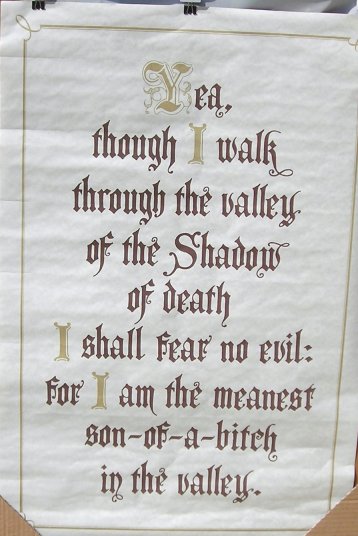 A poster like this says, “There will be no arguing about bedtime.”

Our poster was yellow with black script, but was otherwise the same.  I just wish I could find which version of the Bible this is in.  I bet the big Moneychangers scene goes full on Rambo.

They also had this religiously themed poster: 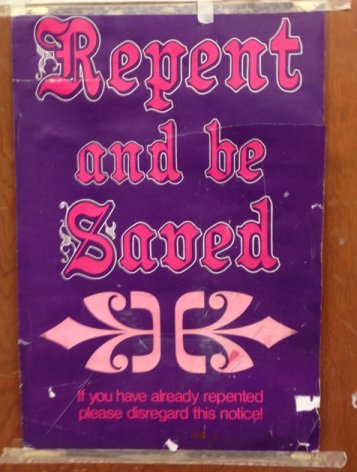 This one looks exactly like the one we had.  In fact, I would say it is the actual one, if I thought my parents knew how to upload a picture to Flickr.

I came of age during Watergate, so I naturally picked up a cynical attitude regarding politics in general, and Richard Nixon in particular.  In order to curry favor with my parents, I brought this poster home with me from the local Spencer Gifts. 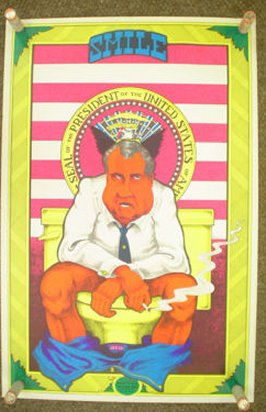 This was up in my room for ages.  Dad says it might have cost us a homebuyer or two, when they were trying to sell our house in Columbus.  It later found a home out in our Barn.

During a vacation to San Francisco in 1976, we found this poster in a little postcard shop. 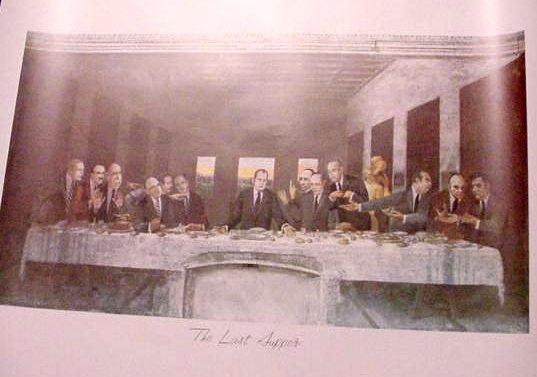 This is a reproduction of DaVinci’s Last Supper, only starring Nixon, all of his advisers and other Watergate players.  That’s supposed to be Martha Mitchell on the phone behind the table, who was renowned for spilling things to the press.  The phone, of course, is bugged, and you can see another bug under the table.

I had this up in the Barn for years.  When I moved out to Cleveland, I had it professionally matted and framed.  I hung it in my dinning room, where as you know, Italians traditionally hang reproductions of the Last Supper.  I still have it around here somewhere…  Eventually these things lose their Thumb-in-the-Eye-of-the-Establishment credibility.

Back in the 70s, no self-respecting hippy was without the venerable “Desiderata” poem up on the wall. 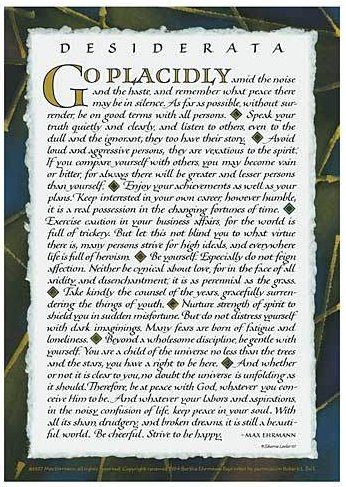 We never had that poster, but I’d seen it at the local Spencer’s.  (I spent a lot of time hanging out in the gag gift section.  But I could never afford the fake poo.)  It was later made into a spoken-word 45-rpm single.

I never heard that, but I DID hear something similar.  National Lampoon did a recorded parody of the Desiderata, called the “Deteriorata.”  Written by Tony Hendra, it took the stilted phrasing of the original and turned it into something far more cynical. 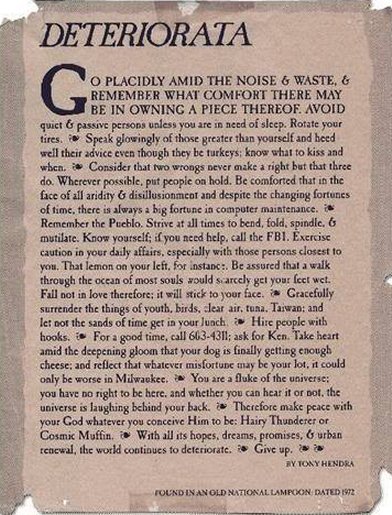 I know this is pretty dense, but have a quick look.  I used to pull some of the individual lines out to use when signing yearbooks…

“Let not the sands of time get in your lunch.”

“Be assured that a walk through the ocean of most souls would scarcely get your feet wet.”

“Take heart amid the deepening gloom, that your dog is finally getting enough cheese,”  (this is a shot at one of the frequent TV commercial pitches for dog food) “and reflect that whatever misfortune may be your lot, it could only be worse in Milwaukee.”

This stuff was gold.  Even in college, I read this for an Oral Interpretation assignment.  It killed because none of the other students had heard it, and the professor was happy to hear it again.  He even corrected me on a line I had wrong.

My favorite current poster is one I've had up in a frame since the mid-80s.  The classics never go out of style. 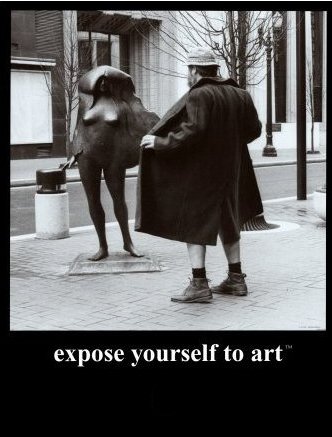 So look around at your home decorations, even out in the garage, or down in the basement.  What might seem fun and funny to you might have a profound effect on young, growing minds.

I mean, look how I turned out…
Posted by bluzdude at 7:43 PM