I’ve always loved Halloween. As a kid, it was just the candy and costumes. As a grownup, it’s a chance to remember the candy and costumes of youth, plus stick a thumb in the eye of the religious right that think it’s has something to do with Satanism or evil. (Once again, “God’s Children” are on the lookout, in case someone, somewhere, may be having fun.)

Unfortunately, the neighborhood I live in does not appear to participate in Halloween. I’ve lived in this particular apartment for 11 years and have never had a single trick-or-treater, or seen anyone in costume in the streets. Can’t say I’ve ever seen a house decoration up either. My particular area of Baltimore is home to a great deal of Orthodox Jews, but I don’t know if that’s the root cause. All I know is that Halloween gets a miss here.

On the bright side, there is always a lot of good candy on sale the day after Halloween.

Back when I lived (as a grownup) in Albany NY, we had some very good years with Halloween. The best was the year I also worked at a crafts store that sold all kinds of good seasonal stuff. I did up the front of the house with spider webs, a black light, glowing red eyes in the window, and a CD player that played creepy music hidden under the stairs.

The killer, though, was the Scream Mat. You plug it in and set it in front of the door, so when someone steps on it, there’s an ear-splitting shriek. That’s a good way not to miss any trick-or-treaters, because there would always be at least two screams… one from the mat plus one (or more) from whoever stepped on it. Then one more as the waiting parents discover the soiled little costumes.

I knew that the Scream Mat belonged to the (ex) wife. I suspect, but cannot prove, that she was also the voice model. All I can say is that it sounded awfully familiar.

It’s really too bad that kids now can’t enjoy Halloween the way so many of us used to. Once I got to be in maybe 5th or 6th grade, my friends and I just took off on our own and worked the neighborhood until we dropped. I had the fortune of living in nice little suburban neighborhoods back then, so it was just block after block of families. We never used those plastic pumpkins to hold our goodies, either. We used pillowcases! Gotta aim high, after all. We also had to pay my dad the Milk Dud Tax. He’d always say, “Remember, half your Milk Duds go to the house.”

I don’t remember too many of my costumes from the early years. There was a tiger, and a devil, but I can’t recall much else. Then in 7th grade, being heavily into Cheech and Chong, (aka the funniest shit I’d ever heard in my life), I went out as a hippie. I had this great big fake black beard and I wore an old T-shirt and ripped up jeans. I only mention this costume because it actually scared a little kid that answered the door. The parents said he was afraid of the beard, but I swear the little shit was anti-hippie. He’s probably a local RNC leader right now. 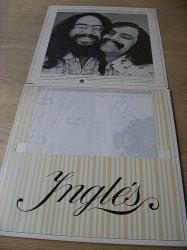 In college, I actually went to a party dressed as Tommy Chong. (I had my own beard, by then.) The kicker was, well, does anyone remember the Cheech and Chong album, “Big Bambu”? It came with 12” long rolling papers. I took those papers and rolled a big joint made of chewing tobacco and carried it around with me. You should have heard the cars beeping at me as I walked down the street to the party! In retrospect, I’m pretty lucky none of those cars had any red and blue lights on them, or I’d have had some serious ‘splaining to do. 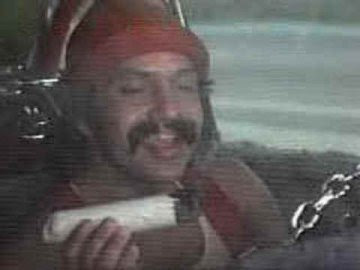 Remember back in the early 80’s when generic packaging was popular? They’d have these goods with white packaging and black lettering that said what the product was. Like there would be a plain white can that just said “BEER”. Or if you were minding your generic calories, you could opt for “LIGHT BEER”. Nothing like having generic options! 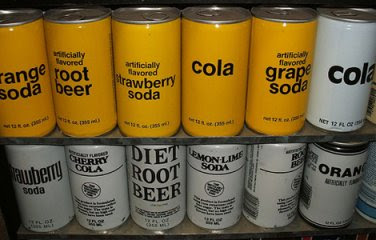 I went to one college party as a Generic Man. This was another easy homemade costume. I just wore plain black and white, and labeled everything I wore or carried. There was SHIRT, HAT, BELT, SUSPENDERS, SNEAKERS, etc. Obviously I brought generic BEER. My favorite bit was the white jeans with a little emblem on the back pocket that said “DESIGNER JEANS”.

Halloween of 1988 came with a tough choice. I was managing a record store in Cleveland at the time, and I could either go to our district Halloween party, or I could use the free tickets and backstage pass I had to see Joan Jett open for Robert Plant. That one was a no-brainer. First I went to the party, in another cheap but effective homemade costume, using nothing but the cardboard collar insert to a new dress shirt. 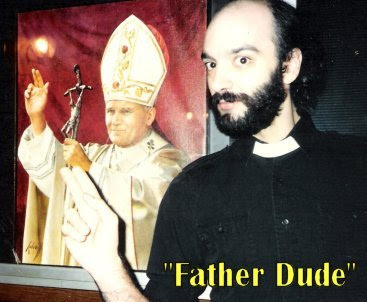 Then after a bit, I went to the show. (Yes, I changed first.) No way was I turning down a chance to see my queen. 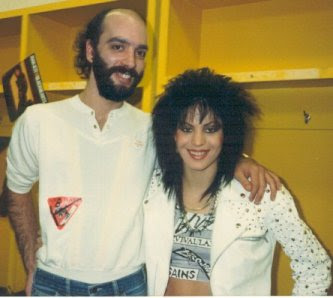 I schmoozed with her and the band backstage, caught her set, and then dashed back for the rest of the Halloween party. Screw Robert Plant… there was frivolity to be had!

I have much more to write about Joan and a number of other rock stars with whom I’ve been lucky enough to cross paths, but that will come another day. For now, I’ve just one more story.

The Best Halloween Ever was my last year trick-or-treating, when I was in 8th grade. My buddy David had an aunt who worked with Civil Defense. I don’t know if they do this any more but back then, Civil Defense used to stage these elaborate mock disasters designed to test emergency readiness. They would simulate a massive car wreck, train derailment or airplane crash and have the EMTs come and do triage, “treat” us and sometimes take us in the ambulance to a hospital.

For all these exercises, they needed volunteers to be made up like accident victims. That’s where my friend and I came in. We probably did 3 or 4 of these things and while there, learned some tricks of the horrifying makeup trade. So for our last hurrah, his aunt got us some supplies and we both made ourselves up to be accident victims.

I used putty to build up “tissue” on my forearm and stick a chicken bone in it, to simulate a compound fracture. My buddy puttied over half his face, hollowed out a spot where an eye would go, and stuck a few little sticks into it. I also used rubber cement to layer on my arms, then lifted up the “skin” and stuck “bloody” cotton balls underneath it. This nicely simulated a serious burn. And of course we covered ourselves with loads of fake blood. (Cocoa, Karo syrup and red food coloring… we had to repeat it at every stop.)

We went out and just had a blast. Everyplace we’d go, whoever answered the door would go back and drag out anyone that was home.

“Go get Grandma to come see these boys!”

When people asked what happened to us, we’d usually say something like, “we were chasing parked cars.” I damn near filled that pillowcase that year, boy. I think I stretched that candy out until at least December. And Dad was flush with Milk Duds.

I wasn’t allowed to go out any more after that… Too old, they said. So I got to stay home and hand out candy. And from my brother and sister, collect the Bluz Tax.
Posted by bluzdude at 7:32 PM

i saw the picture of joan jett before reading the post. i thought wow thats just how she looked when i stood right below the microphone in the front row at cal u when she toured. i was at cal from 87-91 and she wore half of a tank top and i remember being hypnotized by her tight navel. i loved her as well. i bet it was the same tour. we had festival seating and we were at the doors 3 hours before it started to make sure we got up front. i still listen to her stuff.

I don't think Joan gets her due as a "hot chick", but I always thought she was smokin' hot. And one look into those big brown eyes was enough to make one's knees weak.

But more importantly, she was always just terrific with her fans. She always had time to talk to people, sign anything they wanted, and pose for picture after picture.

I just saw her in concert again last year at Artscape in Baltimore, and she still looks like she's cut out of a scrap of leather... just whipcord thin and tough as nails. And I mean that in a good way. Can't believe she's pushing (if not already crossed) 50.

Like I said, I'm saving all my Joan stories for a post of their own, probably after football season.

My last year of trick or treating (also 8th grade) my friend and I went as a box of preparation H. Good times...

"Father Dude" looks great. Love you and Joan J. Perfect. You should have married her instead of Banshee Wifeee.
Let's see the Jett Blog.

Gina: So sad realizing that we peak at 8th grade... lol. So did you go as Prep H because you WERE a pain in the ass, or were the antidote?

Anonymous: I'd have happily become Mr. Jett, but sadly, she wasn't "shopping in my aisle of the store..."

What a great post! It's filled with nostalgia and brings back so many memories. I have to say that I loved the "Father Dude" pic. The visuals you provided through your words were terrific. And the giant doob looks great too!

"Dave's not here" was the height of hilarity to me back then... Dave... Blind Melon Chitlin... Sister Mary Elephant... Ralph and Herbie... and Pedro & Man. I learned more about drug culture from them than in any health class I ever took.

I was torn between Father Dude and Father Bluz. But the Fathers I knew always went by the last name. Regarding the the pic with Joan, that was the last time I could be described as "wiry." I was on the Stress and Diet Coke diet... Those were the days...