I’m OK now but last week I was in rough shape. 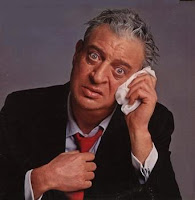 Email ThisBlogThis!Share to TwitterShare to FacebookShare to Pinterest
Labels: Bluz LIfe, Morons on Parade, Office Bluz, Stories and Misadventures, Things That Piss Me Off

Director’s DVD Commentary:
Epilogue: My boss backed me on dealing with Corporate and I didn’t accept any Corporate conference calls that week. We got through Irene with minimal damages to our employees and facilities, considering the size and scope of the storm. We’ve had the landlord spray for bugs and they also put in a new oven because that was old too. And Pinky’s handyman fixed the dryer.

I had a bad day too. And I also HATE mayo.

Sorry it's all falling apart on you. I hope things get better soon and they hire a new you.

Jessica,
Wow, we must be more alike than I thought... is it a 'same birthday' thing? Not only you hate mayo too, you did a 'bad day' post at the same time? Wow.

Bluz, I'm glad everything worked out in the end, but as far as that week goes, I have only one thing to say:

Man, what a day. I don't mind mayo sometimes, but just that description, 'gobs of it', makes my stomach wrench. It's like liquid fat, people! This is not something you coat your food in!

Oh mayo is SO GROSS.

I'm so sorry your week sucked. If I knew that, then I would have sent you more fun emails to entertain you. If there's one thing I know, I know how to make you smile :)

That was not an earthquake. Chuck Norris sneezed.

Sorry you had a crappy week. I'm sure the water main break last Friday was no picnic either. For the record, Compliance sucks at actually complying to COB.

A condiment catastrophe will send anyone over the edge. Hey Wendy's? What part of no onions did you not understand!

Good thing Bluz is not a gun-toting Tea Party type. We'd all be reading about that guy in Baltimore who snapped and shot up his office over a club sandwich. Thankfully, even in your angst, you are a peace-loving dude who takes it out on his own rotator cuff.

I hate mayo too.

Beer,
I hate globby food in general, but mayo has always skeeved me out, even as a small boy. And the fact that it’s all fat and calories just makes it look like I’m trying eat healthy. But really, I’m just grossed out.

Same goes for all the mayonnaise-derived salad dressings… Ranch, Bleu Cheese, etc. I used to have lunch with a big guy who was always trying to lose weight by eating salads for lunch. But he’d put on 2 or 3 packets of Ranch or 1000-Island and then wonder why the pounds weren’t melting away. Goofy!

Cassie,
You make me smile just by being you. “You are my sunshiiiiine, my only sunshiiiine…”

Bea,
The water main break (which closed our building on Friday) was actually quite nice for me… Since my old boss was back by then, it was his problem and not mine. On my part, my 3-day weekend turned into a 4-day weekend. Sweet!

Carpetbagger,
It’s funny you mention Wendy’s… I went to one this earlier this summer that wasn’t my ‘regular’ Wendy’s and they messed up my order, after I explained it to them, like, 4 times. And yes, it was onions. I saw them making my burger w/ onions and I yelled back to correct the order. We went back and forth about it and then when I got my sandwich, of course, it still had freakin’ onions on it. I was so pissed, I took the onions off, marched up to the counter and slapped them down, saying, “Here are the onions I asked you to hold.”

I’ve been meaning to do a post on how the older I get, the more and more I am unable to hold my temper. Perhaps it’s just a growing intolerance for idiots. But luckily, like you said, I remain unarmed. My only weapon is harsh language and an ineffective left hand.

Mandy Fish,
Sounds like I should start an I Hate Mayo fan page… I’m garnering a lot of support here.

That dryer needs a new drum belt. For a fee, I can come up and fix it for you.

Just the get rotator cuff surgery, Bluz!! Life is too short!!

Judie,
Funny, that's what the handyman said, that it was probably the drum belt. He even picked up a new one on his way over. Turned out that it just needed to be "reset." So he "reset" the dryer and while he was in there,cleaned out a buttload of lint that had collected.

In response to YOUR response from Bagger:

I totally see it. My old people get more and more ornery and demanding as they age. Sometimes it's warranted, but others? Not so much. They want their water pitcher here, no. No, no, no. That's too far away. Move it an inch. To the right. Your other right. OK.

Glad he cleaned out that lint! There's nothing worse than butt-lint. If a fire started, it would be the first to burn!!

Oh my gosh, that was a totally crappy day. I cringed at the napkin throwing. I've had weeks like that, but for me it went ice maker-dishwasher-dryer. Hope your world takes a turn for the better (and by that I mean I hope you can offer tissues to the Ravens fans in your office come Monday).

Cassie,
So far, I’m not “there” yet. My ire is reserved for people that can’t follow simple directions or even common sense, and then look at YOU like you have 2 heads.

Judie,
I’m sure butt lint is much more flammable than, say, navel lint, probably because of the proximity to methane… Like a cotton ball dipped in kerosene.

DG,
Ratbird tears would definitely cure what ails me.

OR, the tears could be mine and I’d have to write A Bad Day Part 2 – The Sunday Nausea Edition.

Holy Shit. Did you check to see if Mercury was in retrograde? Because that totally screws me over every time.

Sherry,
Fuckin' Mercury. I knew he sold out after working with goddamned FTD...

holy cats. I would call this "when it rains, it fucking pours". feel better soon.

Red Pen Mama,
Oh, it poured all right. But I’m much better now. Well, except for the arm. That’s still screwed up.

I love it when you say “holy cats.” Cracks me up picturing a bunch of cats walking around with halos.