In case you haven’t seen the previous post, please do so.  It will be worth your while.  It’s some of my best (and funniest) work.  You won’t be sorry.  I almost didn’t put this post up, just so I could let it ride longer.  Unfortunately, that would have made the following information stale.  And with that, I bring you…
Hey Bluz, what do you think about…
…Tom Brady’s supermodel wife Gisele dissing his receivers for dropping passes?  At first thought she called up a radio station or something and complained.  But what really happened is that she was surrounded by heckling Giants fans while trying to catch an elevator out of the stadium.  I’m by no means a Pats fan but as far as I’m concerned, this shouldn’t even be a story.  It’s pretty unfair.
Tensions were running high and she was being put under pressure.  I’ll tell you this, if it was me and I had just watched my team lose and was surrounded by a bunch of gloating jackals yelling shit at me, I’d have said a lot more than she did.  I’d have to be bleeped so many times, I’d sound like Morse code.  Of course, not being a super-model, I probably would have gotten the shit kicked out of me.
Would it really be too much to ask that the Giants fan learn how to win with a little class?
That said, I got this from my alert brother-in-law: 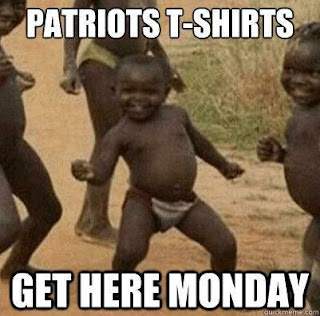