This November’s presidential election is going exceed the usual level of importance in Maryland because of something known as the Veto Referendum.

Maryland law permits new laws that the state legislature passes to be submitted by petition for voter referendum.  Since 1915, there have been 18 laws upheld or vetoed by voter referendum, the last being in 2006.  This year, there will be 4 issues on the ballot (so far).

The upswing in referenda is due to the recent permission of online signature gathering, plus a decrease in voting numbers.  According to referendum statute, a law may be sent for referendum after the people have gathered a number of signatures equal to 3% of the votes in the last gubernatorial election.

I’m not sure what to think about the whole idea of the veto referendum.  It’s hard enough to get a decent law passed without having the unwashed masses weigh in.  In theory, it sounds good to leave final veto approval directly with The People. In reality, The People in general are way too uneducated on the details of the laws and are far too easily swayed by the onslaught of issue ads.

Throw together a couple of big-monied special interests with a stake in the issue and a slick marketing agency and voila, you have bumper sticker sound bytes coming at you at lightning speed, which sound good on the surface but have only a passing similarity to the truth.

These are the issues on which The People in Maryland will be voting this year:

As a whole, Maryland is a true blue Democratic state, although there are pockets of deep red.  Rural Western Maryland and the waterman’s haven of the Eastern Shore vote reliably Republican.  But these areas are overwhelmed by the shear numbers of the urban population center that is the Baltimore metro area.

So in order to try to squeeze a couple more Democrats into the House of Representatives, they redrew some of the Western Maryland districts to include a reach into the western Baltimore suburbs.

My Take: I don’t have a problem with it because I want more Democrats in the House.  The redistricting system has been in effect forever so to the victor goes the spoils.  But I admit that if I were Republican, I’d be hopping mad.

My Prediction: It passes.  The urban center will carry the weight like it always does.

2) The Dream Act, which allows the children of illegal immigrants pay in-state tuition to state schools, provided they meet conditions like, so many years of taxes paid, years attending high school and grade minimums.

My Take: This is an easy choice for me.  Illegals are here, they’re not going away, and they bring their children with them.  The choice comes down to, “do we want these kids educated, or would we prefer they stay ignorant and marginalized?”

It’s not like they’re getting a free ride; they still have to pay for college.  The difference is that out-of-state rates are cost prohibitive, unless the parent is at least middle-class.  The kids did nothing wrong, other that have the misfortune of being borne to an illegal immigrant.  I don’t see the upside of penalizing them further.  Best to get them producing within society rather than becoming a drain on it from the outside.

My Prediction: This one goes down in flames.  Fear of “ferners” outweighs the nuance of what’s going on in the details.  Nothing gets citizen to vote against an issue faster than when passing it means someone else gets something that he doesn’t.

My Take: If you’ve read me long at all, you know I’ve written extensively about this issue, (including yesterday.)  There is no logical reason to keep consenting adults from marrying, there is only personal prejudice and religious dogma, neither of which does anyone have the right to apply to third parties.  It has already passed in 7 other states plus DC, and as of this writing, society as we know it has not collapsed.  Enough hysteria already and pass it.

My Prediction:
Same sex marriage loses in a close one.  The media blitz hasn’t started yet, but it will.  Remember how the Mormons poured all that money into a campaign against gay marriage in California?  I don’t see why that won’t happen here too.  Plus they’ll be joined by the Catholics and Baptists.  I don’t know if they’ll do any funding, but they have already started preaching against it from the pulpit.  I don’t know that the Catholic effort will matter much, given how many parishioners pick and choose which tenets they adhere to, but I expect the black Baptist churches to turn out a slew of “anti” voters.  Perhaps President Obama’s recent public support for the issue may change some minds.

Polls here show that gay marriage is favored by a majority of the people, but there is also suspicion that people are saying one thing in a poll, so not to look biased, but may go the other way in the privacy of the voting booth.

It’s a shame, because the time is fast approaching to break the skid of states that have voted down gay marriage referenda.  Maryland could be the first to approve, but I just don’t see that happening.  But I can dream.  One day my gay and lesbian friends will have every right to be just as unhappily married as their straight friends.

One day soon, I hope. 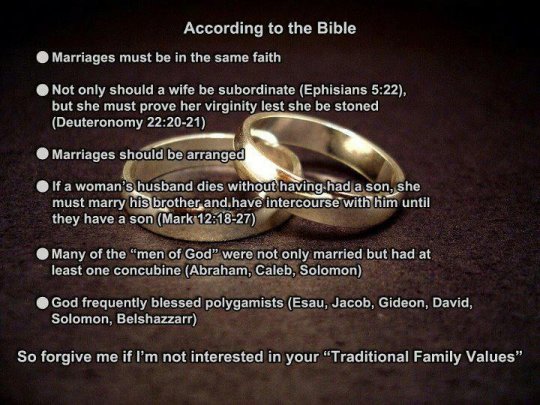 4) Full Table Gaming.  This one just made the ballot.  A couple years ago, Maryland passed a law permitting slots, for the first time.  They authorized 5 slot houses to be built around the state, from which Maryland is slated to take a healthy bite in taxes.  To date, only two or three are in operation thus far.

In the meantime, the surrounding states of New Jersey, Delaware, Pennsylvania and West Virginia all have full gaming, including poker, roulette, blackjack and whatnot.  The 2012 law was written to permit table gaming, add a 6th casino location and lower the casino tax rates, (for example, lowering the rate from 63% to 59%, varying by location).

My Take: Why not?  Gambling’s fun. If you don’t like it, don’t go.  But those that do like it will happily go to another state and spend their money.  It seems best to me to keep that dough in Maryland.

The lowered tax rate is meant to compensate for adding another competing location.  That seems reasonable to me, and hey, a 59-60% tax rate is still freakin’ huge.  The casino owners aren’t in this business to give money away; they need to be profitable themselves.  If they can’t make bank, they provide a lesser product, which loses business to other locations, which completes the self-fulfilling prophesy until they close.

The slots games that are already in use often times play exactly like blackjack or poker; they’re just done electronically instead of with a live human.  So why not keep the game and employ some more people?  It’s not like we’re flush with jobs right now.

My Prediction: It passes.  The commercials are already running like crazy, between the rich casino owners that want in, and the business owners here that don’t want competition or more urban congestion.  Funny thing is they keep harping on it being a casino “bailout.”  That’s funny because the casinos are just getting started, or are still un-built.  What’s there to bail out?  It’s just another example of using loaded language that has a negative connotation, and hoping that no one looks into the details.

Gambling passed the first time and I think this update, to keep up with surrounding states, will pass again.

How does your state do referenda?  Is there anything noteworthy coming up on your ballot this fall?
Posted by bluzdude at 8:52 PM

We have river boat gambling where I live. Something about it not actually being on land? I'm not sure. All I know is that it dumps tons of money into our economy from the droves of Texans who come in every single weekend.

That's what they're missing here... Gambling on a boat in the Inner Harbor. Sounds like fun!

Gore Vidal would applaud your take on gay marriage. He never approved of the institution even after 40 + years with one partner. .

Aren't they also voting on legalizing sports betting? Or maybe that was Delaware. Or maybe they already had that one.

Beware of whatnot. I lost my shirt on that once. The house always wins.

If marriage is under “attack” from anyone, it’s the heterosexuals that enter into it so cavalierly; it results in a 50% divorce rate. Or the celebrities that marry to raise their Q score and get some publicity. Cheapens the whole institution. The gays are the least of the problem.

Nope… no sports book in Maryland. I’d be in favor of that though… could be fun. But I’ve a very conservative gambler. I’d never lose my shirt because I never bet more than a sock or two.

It IS Delaware. They think it's okay because they have no professional sports teams there. I say, neither does Maryland! Bam!!!!

Hey, don’t talk bad about dem “O’s”. (In Baltimore, pronounced “ay-ooze.”) They’re fighting for the wild card, babee… First time flirting with playoffs (or a .500 season) since 1998. Not as long as the Buccos, but still…

Regarding Delaware, with all the banks “headquartered” there (on paper), maybe they need something to do with all that dough.