I had no intention of doing another post on this subject but sometimes life intervenes.
There was another letter in this morning’s Baltimore Sun that just made my blood boil.  As you know, I usually vent my steam by pounding out a post right here, but this one bothered me enough that I felt the need to submit a counter-argument to the paper.
Here’s a summary of the letter that pissed me off:
“Bible Bible Bible.  Everyone needs to be as holy as me.  Also, the gays have diseases.”
You can see the offending letter, in all its religious froth, by clicking here.
My response is as follows:
The letter by Robert Greene on 3/1/2011 (Gay Marriage Contradicts God’s Word) demonstrates several of the inherent weaknesses of the anti-same-sex marriage arguments.
The most glaring is the notion that the Bible is supposed to be the basis of our state and nation’s laws, despite the intended separation of church and state.
It’s not.
But for argument’s sake, say the Bible should be a source for our laws.  One must then ask, ‘why is the issue of same-sex relationships dragged into public debate when so many of the other things the Bible espouses are not?’
The Bible also speaks against eating particular foods like pork, bacon, shrimp and rare beef.  Is anyone protesting outside restaurants?  Is one person enjoying a seafood buffet an affront to those that prefer chicken?
The Bible speaks against wearing clothes made of two different kinds of thread.  Shall we now picket at the mall?  Drive Under Armor out of Maryland?
There are Biblical restrictions against tattoos and horoscopes and lending for profit.  Is The Sun now supposed to turn down tattoo shop advertising?  Kill the business and horoscope sections?
The conclusion here is that people like this writer continue to cherry-pick parts of the Bible that support their personal viewpoints.  And that’s all fine until they want the rest of the Maryland to snap to their point of view at the expense of our own beliefs.
The other argument mentioned is the threat of disease.
Perhaps someone can explain how the monogamist restraints of marriage promote the spread of disease to the population at large?  Is not a base foundation of marriage to keep sexual relations within the married couple?
Married or not, there are STDs rampant in society, from which everyone is at risk.  The best prevention, short of sealing one’s self in shrink-wrap, is to maintain a relationship with one person.  What better way is there to accomplish that than to get married… formally, legally married?
The bottom line is that people are free to believe anything they want, whether line-items from the Bible or hysteria over disease.  And they are perfectly within their rights to be the arbiter of morality within their own family.  But they must afford everyone else that same right to live and love as they choose.  Public policy must work for all Marylanders, not just a select group of religious dogmatists. 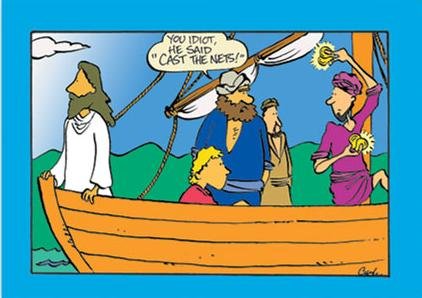 I submitted the letter tonight.  I strongly doubt it will appear in the print version of The Sun, but I expect it will make the online Reader’s Response section.  I’ll let you know how it turns out.
And I promise that I’ll post about something else next time.  Unless I don’t.  Life’s all about the unknown.
Posted by bluzdude at 7:08 PM