You know enough about me by now to know that I’m all about the triumph of science over superstition and mythology (usually masquerading as religion).  In that respect, I saw some good news yesterday that a popular bastion of scientific study has entered the public “debate” on evolution.

Bill Nye “The Science Guy” used to have a show on PBS that ran from 1993 to 1998, on which he’d teach kids about science through demonstrations, experiments and snappy repartee.  I never saw it, as I was in my 30s at the time and had other pursuits that were more pressing, like getting married, playing hockey and getting divorced, then moving 600 miles away from it all.  So when I think about “The Science Guy,” the first thing that comes to mind is… 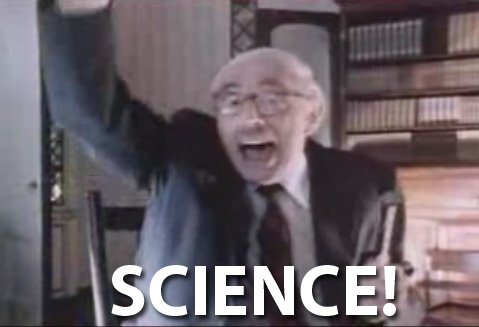 Dr. Magnus Pyke, aka, the old fart from the 1980s Thomas Dolby music video “She Blinded Me With Science,” who kept popping up exclaiming, “Science!”  And any second I expected Benny Hill to appear and start smacking him on top of his head.

"Evolution is the fundamental idea in all of life science, in all of biology. It's like, it's very much analogous to trying to do geology without believing in tectonic plates. You're just not going to get the right answer. Your whole world is just going to be a mystery instead of an exciting place.”

He goes on to urge adults not to prevent the teaching of evolution:

"And I say to the grownups, if you want to deny evolution and live in your world, in your world that's completely inconsistent with everything we observe in the universe, that's fine, but don't make your kids do it because we need them. We need scientifically literate voters and taxpayers for the future. We need people that can - we need engineers that can build stuff, solve problems.”

Chalk this up as another reason social conservatives want to cut funding for PBS.  We got a guy here telling parents how to raise their kids!  Obviously, they can’t have young people walking around listening to all this “science talk.”  How will parents or the church be able to control these kids if they should find out they’ve been lied to their whole lives?

If they learn evolution is real, then they might find out that abstinence programs don’t work as advertised!  And what would happen if they accepted that mankind is contributing to climate change, and it’s really happening?  It would be chaos!

As a pre-emptive strike against that kind of thing, back in July, the Texas State Republican Party wrote a prohibition against teaching “critical thinking” into their party platform. To wit:

“Knowledge-Based Education – We oppose the teaching of Higher Order Thinking Skills (HOTS) (values clarification), critical thinking skills and similar programs that are simply a relabeling of Outcome-Based Education (OBE) (mastery learning) which focus on behavior modification and have the purpose of challenging the student’s fixed beliefs and undermining parental authority.”

Can you believe that?  They don’t want their children to learn how to think!  OK, they don’t want their children to think in ways that might undermine their own authority.  I agree that it’s much easier to deal with children that believe every single thing you tell them, but are you really doing them a favor when they go out into the world and get laughed into oblivion?  I mean if they leave Texas, anyway, and go someplace that embraces that new-fangled book learnin’.

Granted, the Texas Party Communications Director tried to walk it back by saying how it was all a big mistake, but it can’t be easily removed.  But that still leaves the question of why, for fuck’s sake, their party convention voted to have it in there in the first place? 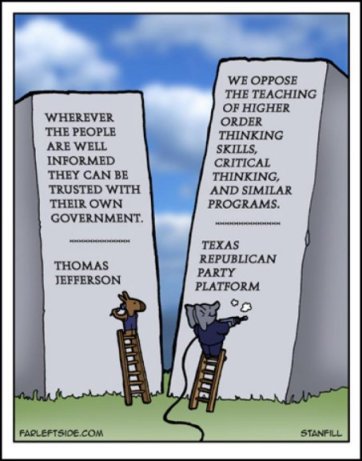 Thank goodness I learned me some mad critical thinking skillz, so I can criticize the fuck out of the Texas Republican Party Platform.  Apparently they mis-heard the sage wisdom of Faber College’s Dean Wormer, as “Fat, drunk and stupid is the way to go through life…”

I can’t imagine wanting anyone wanting their children to become automatons, into which they can download their particular worldview.  I do agree that I probably say that because I don’t have any children and I admit that after the thousandth argument about our changing times, I’d probably wish they would just shut up and agree with me so I can have my dinner in peace.  But it wouldn’t be right and it would do the child a disservice.

If a kid ever figures out that everything their parents or school ever taught them about how Earth came to be was wrong, what will they think about the rest of the stuff they were taught? 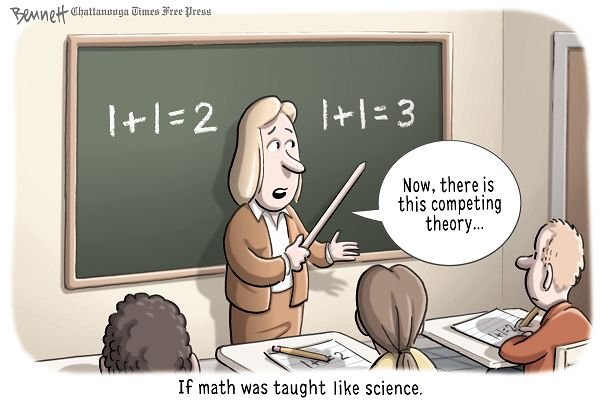 If I had kids, I’d want them to have the tools available to evaluate a situation and deal with it rationally.  If I’ve done a good job with instilling proper values, they should come to the right conclusion on their own.  This excludes, of course, the years between 12 and 24, because face it; we’ve all done stupid shit at that age that just defies explanation.  But the tools remain with us.

To teach your children to adhere to fanciful myths, however steeped in tradition, which conflict with mountains of visible, quantifiable, and rock-solid evidence is essentially lining them up to work as fuel transfer technicians* or Fox “News” analysts for the rest of their lives.

And we’ve got to do better than that… 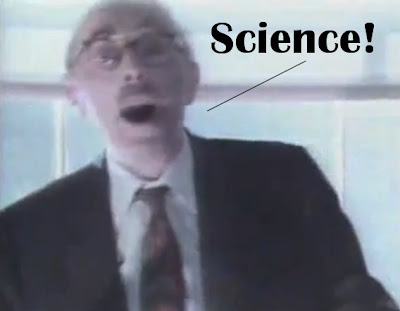 *That’s what we used to call a gas station attendant.

It's ok... Soon none of this will matter, since the Zombie Apocalypse will be upon us. ;o)

That would be a welcome distraction from the Republican convention going on right now. In fact, I think the zombies do less damage to the country.

All that is going through my head is the song "She Blinded Me with Science!"

Just don't try to tell me that Adam and Eve weren't riding around on dinosaurs. Heathen.

Hah! I’ve had it running through my head as well, ever since I connected the Nye idea with that song. I came thiiiiiiiiis close to embedding the video, but then figured I had enough visual stimuli for one post.

Of course Adam and Eve rode dinosaurs… just ask those "esteemed scientists" in Tennessee with the Creationism Museum.

A direct quote from my 23 year old daughter who graduated with a biochemistry degree: "Akin being on the House Science Committee explains/epitomizes everything that is wrong with science education in America. #justsayin" I know your post wasn't about Akin but it did involve politics so I thought you might enjoy.

It’s all the same general point. The Republicans have turned intelligence into a public liability. It serves them because the dumber the people, the more easily swayed by weak arguments, not to mention outright misinformation.

It turns my stomach when a bunch of rich old men try to influence policies that predominantly and directly affect women. The wives of every one of these asshats should start putting the squeeze on them. (Unless, of course, they believe the enjoyment of a cushy lifestyle is an appropriate trade off for forfeiting the rights to their bodies, and women everywhere.)

He did go off on Akin, though, so there's that.

My thoughts on abstinence programs (even though you only briefly mentioned it) is that those who follow them probably would have in the first place.

If you're talking about where he called him a fucking idiot, that was a hoax. It was on my Snopes page this morning. It was a satirical news article from a spoof news site.

The main goal of abstinence training seems to be to keep parents from chewing their fingertips off at the prospect of their little darlings going out and shagging like champions.