Is it just me, or has it seems like we've just spent two solid years in this election cycle?  I’m sure I won’t be the only one who is glad to see all these campaign commercials replaced by the usual commercials for beer and ED drugs.  I sure would hate to be a company trying to unveil a new product right now.  Who can possibly get a commercial spot wedged in among the 30-second political diatribes?  (OK, Apple is the exception, although I’m pretty sure they just hack into the network feeds, directly from their Pacific Northwest hideout.)

I was watching TV last night and honestly, the political ads were stacked up 6-deep, both for and against each issue.  And I say “issue” because in Maryland, that’s where all the money is this year.  That Obama and all the Democratic congressmen and senators will win here is a given.  But the four referendum issues are bringing the real heat.  I've written about these before… aside from immigration and redistricting questions, the big-money issues are expanded gambling and same-sex marriage.  The local TV stations are getting rich off all the gambling money alone, as competing casino interests try to out-bullshit each other.

I think the presidential campaign began immediately after the 2008 election, when Senate Minority Leader Mitch McConnell declared that the Republican’s primary concern was to prevent Obama from getting re-elected.  And that’s exactly how they've operated ever since.  No matter what the President proposed, they were against it.  It didn't matter if it was something they've always been for; if Obama wanted it, they felt obligated to prevent it from happening.  Period.

Throughout this year, I've laid out my reasoning for voting Democratic.  I meant to touch on a lot more areas than I have… you know how it is with blogging… sometimes you get distracted by the ‘shiny thing.’  But in addition to my on-going free-floating hostility towards the puckered bungs of conservative upper crust, I expanded on four specific reasons why I (and everybody should) vote Democratic.

1) Republicans are only interested in feeding government dollars to Big Business.  I call it their “Prime Directive,” which states that they want the freedom to do as they please, we peasants be damned, in pursuit of bolstering Big Business’s bottom line profits.  That’s why they are perfectly willing to let our economy spiral down the tubes, in order to play a game of high-stakes “chicken” over allowing a single dollar of additional taxes to be levied on their corporate benefactors.  They are against anything that may benefit the vast majority of Americans, if it costs money.

2) Republicans are climate change deniers, for the reason stated above.  To do anything about it would cost money from the businesses that pollute.  So to continue to insulate the business class, they are forced to deny the OVERWHELMING SCIENTIFIC EVIDENCE, in addition to obvious anecdotal observations, that serious things are wrong with the world’s ecosystems.

3) Republicans are on the wrong side of social progress and are in fact, trying to roll back our hard-won social advances in favor of some kind of memory of past “good old days,” which really weren't all that good at all, unless you were a straight, Christian, middle to upper class, white male.  For a group that cries about limited government, they sure don’t mind the government taking over people’s most personal decisions.  The government is supposed keep from enacting regulations that keep business from bilking customers and taxpayers, but they ARE supposed to tell a woman that she is required to carry a pregnancy to term?

Just look at the headlines throughout the year.  The amount of presumptuousness and just plain misinformation is staggering.  Women’s bodies automatically shutting down reproduction after a (“legitimate”) rape?  No such thing as a woman’s life or health being put in jeopardy due to pregnancy?  Who are these “gray-faced men,” as Tina Fey called them, to stick their collective noses into something in which they obviously have no expertise? 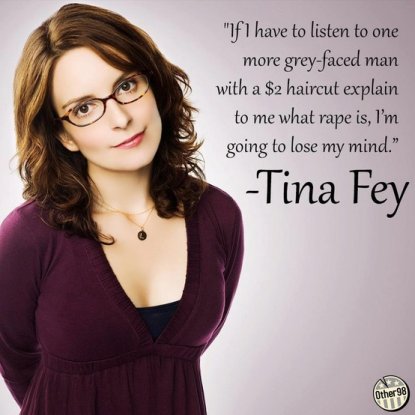 Also in this category is the maintained opposition to same-sex marriage.  Again, they say that the government shouldn't try to enforce pollution standards on businesses, but they should prevent two consenting adults from getting married.  Listen, you’re either for limited government, or not.  I hate the hypocrisy there.  The Republicans love to talk about American “exceptionalism,” while having zero trust in Americans to run their own lives.  And by cherry picking Bible quotations, they just go to show that they know as much about what Jesus would do, as they do about reproductive science.

4) The Republicans engage in aggressive dishonesty, misdirection and hypocrisy.  They will go out on the campaign trail and knowingly tell blatant, obvious and irrefutable lies.  And they do not care because they know it works.  Just look at why it’s “common knowledge” that Obama lost the first debate.  They know that Americans would rather have a candidate that lies smoothly than tell the truth awkwardly.  They are masters at condemning in Democrats, for things Republicans have done for years.  Look at the whole Libyan Embassy thing.  It’s only a major campaign story because it’s Obama. 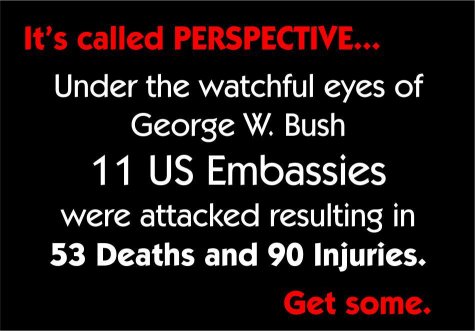 They talk endlessly about how Obama destroyed the economy, yet the numbers show the opposite.  The Republicans know this.  They just don’t care, and it’s intellectually dishonest. 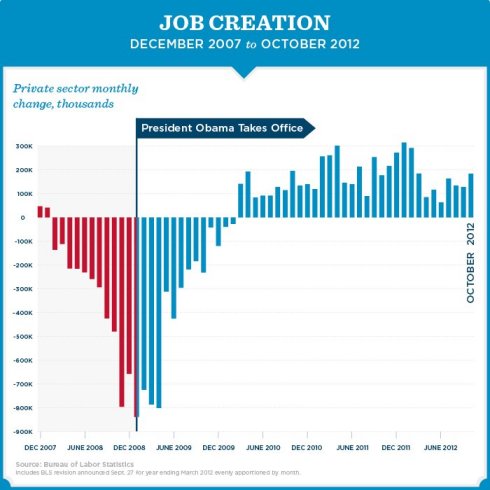 Of course, if they were to tell the truth, they’d have to say, “Obama didn't fix all the problems our policies caused fast enough, so vote for us so we can put those policies back in place.”  When complaining about how Obama isn’t moving fast enough, they never mention that they've opposed, condemned, delayed or voted down every single proposal to help the economy that he’s made.  No wonder they have to lie and misdirect.  It’s a lot easier than admitting that they have a platform that’s destructive to 99% of the people. 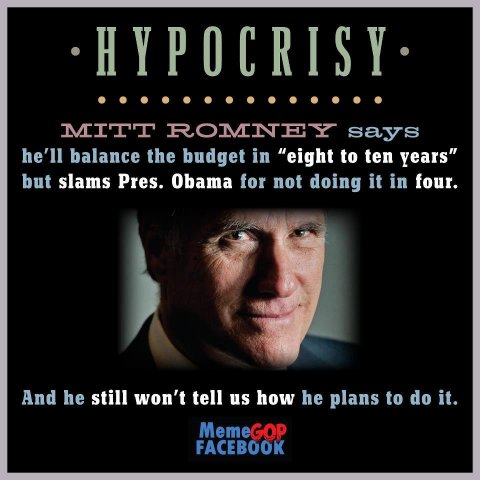 Those are the things I've already written about, but there were a couple more that I never got to:

* The Supreme Court
Odds are high that a new Supreme Court justice will be needed.  Now more than ever, we need a Democrat in the White House (along with a Senate majority).  I think Ruth Bader Ginsberg and/or Stephen Breyer are likely to retire this term, so replacing these “liberals” with other liberals will only be holding serve.  If a Republican goes in and a conservative justice is appointed, say goodbye to Roe v Wade, Affirmative Action, and overturning the Defense of Marriage Act or Citizens United.  And say hello to even more findings for the rich and powerful, over the interests of the common man.

Now if Anthony Kennedy retires, we’ll have a chance to “take back” the Supreme Court from the moneyed clutches in which it currently rests.  Unfortunately, I don’t think the other conservative justices are going anywhere for a while.  Alito and Roberts are both young.  Thomas is in good shape, and I don’t think Scalia will leave until they carry him out on his robe.

* Voting Rights
The Republicans’ thinly veiled attempts to suppress Democratic voting, under the guise of preventing “voter fraud,” goes against everything for which this country is supposed to stand.  George W. Bush’s own justice department found scant evidence of voter fraud after a 5-year investigation.  But Republican governors across the country have acted in the following ways to attempt to keep prospective Democrats from voting:
In every case, the state government is Republican run and the effects target traditional Democratic voters.  There is no conceivable way that it is a coincidence, nor do the facts show any meaningful voter fraud across the country.  It is merely the Republicans, using Stalin-esque tactics, to stack the deck in their own favor, all the while promoting the American values and freedom.  It’s sickening.

So, to summarize, the Democrats try to ensure the financial industry doesn't tank the country again, the Republicans are against that because regulations limit profits.

The Democrats are trying to enforce environment regulations to keep industry from poisoning the planet around us.  The Republicans think that’s a problem because cleaning toxic industrial output costs money.

The Democrats put two justices on the bench in the last 3 years, who had long histories of service to the average American.  The previous Republican added two shills for big business who have found for the powerful over the powerless at every turn.  (Up until Roberts upheld ObamaCare, I should say.  Republicans want to make sure that never happens again.)

The Democrats are in favor of birth control being widely available and of a woman’s right to choose whether she should bear children.  The Republicans are against that, substituting the judgment of others over yours.

The Democrats are in favor of gay marriage as a civil right, because we should not discriminate on account of the way someone was born.  The Republicans are not because it’s icky and the Bible says so.

The Democrats are in favor of quick voter registration and easy exercise of the right to vote for all Americans.  The Republicans are not because they know that there are more likely-Democrats than likely-Republicans, so the fewer that vote, the better for them.

Regardless of what I may think of the President’s effectiveness, or that of the other Democratic congressmen and women, the choices in 2012 are stark.  Now is not the time to sit on the sidelines or be apathetic.  We have to vote for what we believe.

If you are a big business executive, a high-income earner, were born into money, or if you are an evangelical Christian that wants the government to adhere to your church’s rules, then you should vote Republican.  They will represent your interests well.

I am none of those things, so I am voting Democratic.  So should you.
Posted by bluzdude at 2:20 PM

Email ThisBlogThis!Share to TwitterShare to FacebookShare to Pinterest
Labels: Best of Darwinfish, Obama, Political Bluz, Republicans, The Religious Right, Things That Piss Me Off