I have to admit, I’m still pretty tickled about the election.  However my elation is eroding day by day, as I’m seeing evidence that little in our political culture is going to change.  Four more years of willful obstructionism seems likely, as pols and pundits on the right strain to delegitimize the president once again.

One might think this would be a good time to re-examine one’s failures as to why an election was lost, but I’m seeing precious little introspection.  What I’m seeing is the GOP and their media minions pointing the fingers of blame every which way but at themselves. 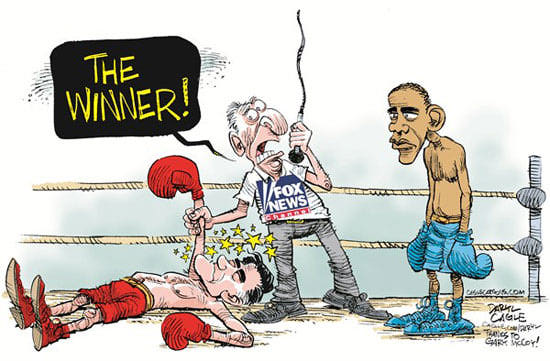 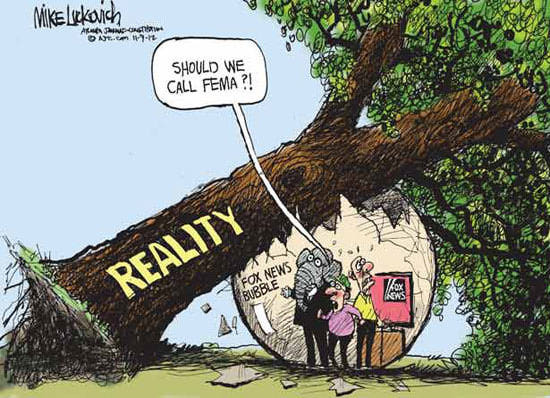 It’s mind-blowing that they are complaining about the popular vote… I mean, before we even get into the relevant facts, unless they complained about the Electoral College when Bush lost the popular vote to Gore, but won the presidency anyway, their opinion is null and void.  Just like with the Tea Party… unless you spoke up when Bush ran up the deficit, (which no one did) speaking up now is duplicitous, because it shows you don’t care as much about the deficit as they do about who’s doing the spending.

Ultimately, the fact of the matter is that Obama won the popular vote by around 3 million (as of this writing), which is the same margin by which GW Bush beat Kerry, prompting Karl Rove to claim a “mandate.”  You think anyone from the Right thinks 3 million votes is a mandate now?

So what went wrong for the Republicans this year?  The issues are plentiful. 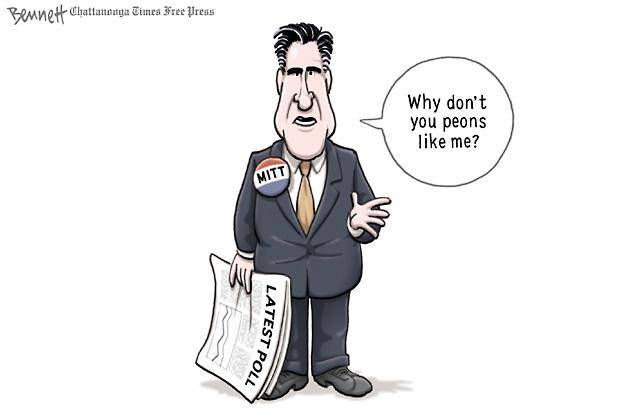 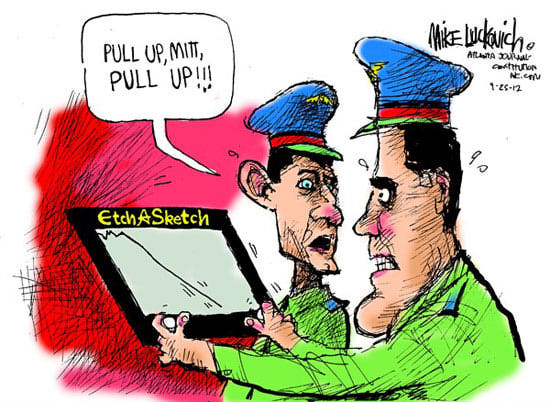 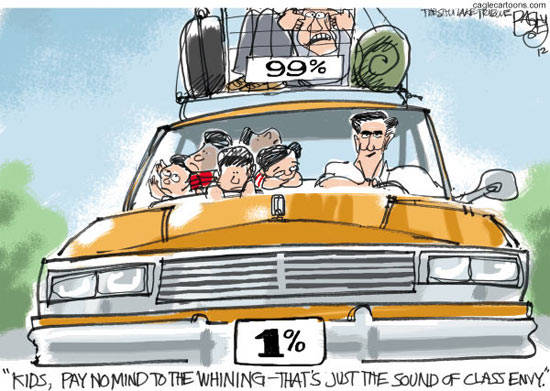 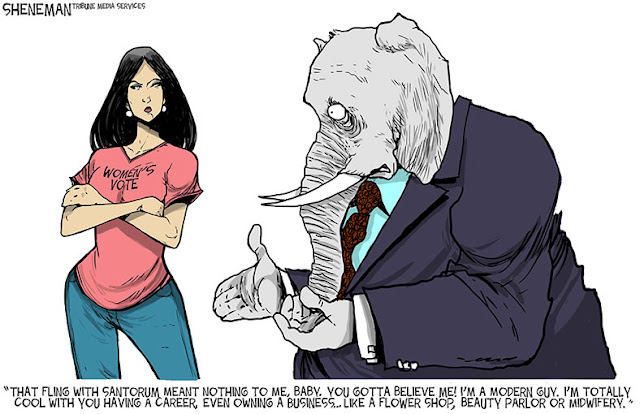 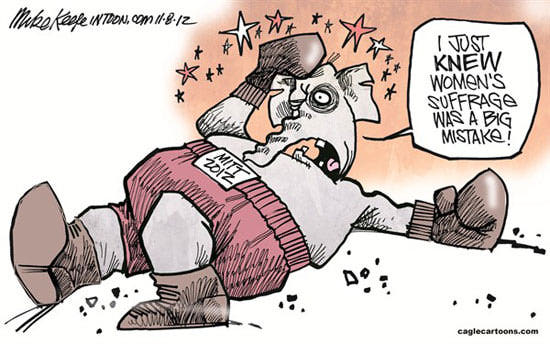 So now that the election is done and the GOP lost the presidency, as well as seats in the House and Senate, do you think they did any soul searching?  You think they’re realizing that their espoused positions are actively alienating a segment of the country whose numbers are steadily increasing?  Naaaaah…

They’re blaming everyone else, that’s what they’re doing.  They blame Hurricane Sandy for rudely interrupting their guy’s momentum and allowing the president to “look presidential.”  They’re blaming Chris Christie for actually doing his job as governor and having the audacity to give the president credit where credit was due.  They’re blaming more supposed voter fraud.  They’re blaming the voters for wanting “stuff for free,” like clean air, good roads, good schools, firemen and policemen to protect them and a viable Social Security system, to which they’ve paid into all their lives.  And they’re blaming the “liberal media,” of course, whose fault it is for reporting on facts when they inconveniently differ from GOP party dogma. 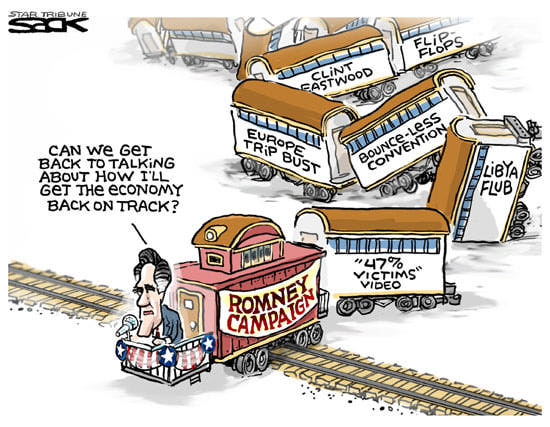 This election has shown that if the Republicans want to remain a viable party, they’re going to have to widen the door to their tent, because angry, straight, white, Christian men are not enough to fill it up any more.

And it’s going to have to be policy change, too.  Running a brown face out there to spout the same top-down policies is not going to change anything.  And having a woman go out and actively propose things that diminish the rights of other women, will not work either.

You’ll have to excuse me if this last bit was a tad day-dreamy.  Those things would require a degree of introspection, which is not something I’ve seen even a shred of, coming from the Right.  It’s far too easy to blame others.

This post wraps up my thoughts on the 2012 Election.  While I may chip in later on the coming “Fiscal Cliff” negotiations, I now return to my regularly scheduled bullshit.

Director’s DVD Commentary: I’d been planning on marking the date of my 600th post, but it didn’t quite seem appropriate.  It ended up being my grand “Election Summation” post, which laid out the specific reasons why I (and everyone) should vote Democratic, and I didn’t want to detract from the message.  But hey… 600 posts… that’s a lot of words, especially when you consider how long I ramble on.  I think my fingertips are a quarter-inch shorter than they were in 2009 when I started.  I’ll have to do something nice for myself to celebrate my 4-year blogiversary in February.
Posted by bluzdude at 12:50 PM

Hurray for your RSB, always fun whether scheduled or impromptu.
You did indeed change at least two minds with your election blogs, clear, specific and concise.
Now, how long must we endure "fiscal cliff" and (O Help! The Punditz have a new available phrase and handy tag)) DEMOGRAPHICS. Ah yes. "By the end of the day, the fact of the matter is demographics will drive us over the fiscal cliff." Haaarumph Haaarumph.

It won't be long before Fiscal Cliff has its own theme music on all the news channels. Come to think of it, Fiscal Cliff would make a good band name. Only call it Physcal Clyff. (But I guarantee everyone would pronounce it, "Physical.")

I say "Long live the bubble!" And in four years, we'll kick their dumb, self-serving asses once again.

If they don't change their ways, that's a distinct possibility. Hard for a leopard to change its spots, though.

You know, I agree with what you said about GW and Mitt. GW, his stupid policies aside, seemed like a cool dude you could sit and chill with. I still thought he was a mediocre president, but personality alone, he seemed OK. I never once got that feeling about Mitt and he, in all honesty, made my skin crawl.

I have a problem with voting for a guy just because he'd be fun to have a beer with. If that was the gold standard, our president would be Norm from Cheers.

GWB was an empty suit who was never anything in his own right except an unsuccessful businessman. Best thing he ever did was borrow money to buy into the Texas Rangers, get Arlington to fund a new park, then sell out to cash in. That's it. But because he had that folksy charm and a marketable last name, people thought he'd make a good president. They were horribly wrong.

Oh, I agree with all that. He was never my choice for pres and my first election I got to vote in, I voted for Kerry. I'm still bitter about the Gore situation.

I can't believe the guy won a second term. It was like the country went, "Yeah, give the moron another shot... How could he do any worse?" Of course, the smears they put on Kerry were brutal.

Love this post. As for Dubbwa, I couldn't stand listening to his lying mouth. I had to mute him whenever he was on the TV.

I definitely don't miss watching the president put his foot in his mouth. The GOP rags on Obama about the teleprompter, but their guy couldn't string two coherent sentences together without one.

Thank you again for your 600th post! And definitely plan something special for the Feb., 2013 blogiversary. At a minimum, schedule a well-deserved hand massage. Write on!

We noticed that the FoxNews website looks very different now than it did before the election, so we turned on the ol' girl last night to see if they were doing anything different on TV. NOPE. Just blaming Obama for Petraeus's cheating and the same old nonsense.

No wait, skip the clowns. The ones in Congress are bad enough.

That’s funny… I was talking with my folks over the weekend, and the subject of Petraeus came up. I said, “Mark my words… Fox will find a way to make it Obama’s fault.”

It’s a heavy burden being right all the time…

Yes, yes, and yes, perfect breakdown of what led to Republican fail.
You should pass this along to Fox News since they seem to have no idea- I had turned them on after the final results came in (out of spite and curiosity), and heard "recount" in the first couple seconds. A commentator tried to say that the party had alienated women and latinos and the other panel members wouldn't even let her finish her sentence.
Mitt came across as so out of touch with working people. Not surprising since he makes in a day what I make in a year. I don't think he was necessarily a terrible person, just clueless. Like Bush. Another GOP puppet.

Welcome, Winopants!
I've heard a few whiffs of self-analysis, but they're being drowned out by a lot of finger-pointing and conspiracy theories, being shouted by people desperate to avoid blame.

As a feminist gorilla, I'd like to see Sarah Palin and Hillary in the White House. They'd make great running mates, don't you think?

I'd be fine with Hillary in the White House, but I wouldn't put Sarah Palin in charge of the TV remote, let alone the country. I'd like a restraining order to keep her at least 7 states away from DC.

You want to see some fun? Put Maryland Senator Barbara Mikulski in there. Of course, no one would know she's even there, unless they put a crate behind the podium, for her to stand on.