First of all, I’d like to thank everyone who commented on my last post about the tragedy in Newtown CT.   Your sober, reasoned responses were exactly the kind of thing I wanted to see when I first started this blog.  You did not disappoint.  Now onto my regularly scheduled bullshit.

Well, maybe not so regularly scheduled… these are some items that were in the news a week or two ago, but due to other pressing matters, I never got to write about.  So lets delve into yesterday’s news…

Something Fishy
The New York Times had an article about how often fresh fish is mislabeled in stores and restaurants.  Chances are the fancy-schmancy tuna you specified with your sushi order was a considerably less schmancy variety.

On the bright side, now I know why the Country Buffett can afford to put a giant pile of crab meat on their salad bar, but only charge 9.99. 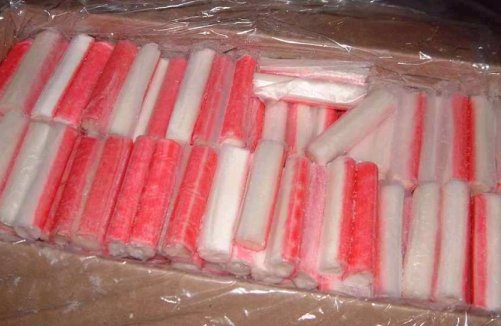 OK, I’m kidding, now.  But there was a time, back when I was fresh out of college, when I first encountered what they called “simi crab.”  I knew how much crab legs cost, so I couldn't get over how my local store could sell that stuff for 3.99 a pound.  Good thing someone wised me up before I threw a big surf-n-turf party.

Jett Lag
The Rock & Roll Hall of Fame announced the Class of 2013, and my “Queen” Joan Jett wasn't in it.  I am outraged.  Makes me wonder if (Rolling Stone publisher and founder of the Rock & Roll HOF) Jann Wenner tried to hit on her back in the 80s, struck out, and has held it against her ever since.

Joan Jett has been cranking out the power chords since the mid 70s, and is an icon for every little girl who ever preferred a guitar to a tambourine.  She needs to be in the Hall, period.

The new inductees are Rush, Heart, Donna Summer, Randy Newman, Public Enemy and Albert King.  Rush is a long-standing oversight corrected… Kiss and Cheap Trick fans will have to continue bitching about it online until the next class.  I like Donna Summer and all, but I can’t fathom how she gets in and Joan doesn't.  Sure they put in Heart… I saw one commentary that said they must have “flipped a coin between Heart and Joan Jett,” wanting only one rocker-chick band inducted at a time.  And Joan may not have the world's biggest sales numbers, but I bet she’s sold more albums than freakin’ Randy Newman.

It ain’t right… that’s all I can say.  Joan Jett IS rock and roll.  RnRHOF voters, get it done.

I Bet People Stay Back From the Edge Now…
As a daily Metro commuter, I was highly interested into the tragedy on the New York City subway, where some head case threw some poor schmuck onto the subway tracks, where he was hit and killed by a train.  It was a completely senseless murder, and I’ll tell you one thing… It had made me much more aware of who’s around me when I’m waiting for the train; especially when I’m wearing my Steelers gear here in Baltimore.

I’ve also scoped out the depth of the track “well,” and I’m reasonably sure that the ones in Baltimore aren’t as deep as the one in NYC.  Either that or the poor guy was really short.  I’m confident that if I ever would up down there, I could get back out in short order.  The top of the ledge looks like it would come up to mid-chest on me.  Even in my “less than optimum” physical condition, I could hoist myself out of there.  Shit, if a train was coming, I could probably do a standing broad jump and get clear.

Have you seen that picture that shows the guy down on the tracks?  I won’t run it here because it’s just too sad.  But it pissed me off.  Not the picture itself, but all the shit that the photographer took for snapping it.

You've probably heard the story… he says he was trying to pop the flash in order to alert the train driver.  Right off the bat, the Internet blew up with people condemning him for not doing anything to help.  They also criticized him for trying to make money off the picture, never mind that the police took the camera at the scene.  Whoever leaked the photo to the press, it wasn't the photographer.

See, I believe the guy.  You can see how far away he is from the victim, and I know how fast those trains come rolling into the station.  There’s no way he could have gotten there in time to do anything.

Did you see anyone else in the shot?  No, you didn't  because the people that WERE close by backed the hell away from him.  What kind of shit is that?  All it would have taken was one strong guy or two average people to grab his arms and yank him out of there.  If it weren't for Newtown, this would have been my Senseless Tragedy of the Year.

In the meantime, I’m backing the hell up when the train comes in.

Uncivil Unions
I was disappointed but not surprised about the GOP governor and legislature in Michigan passing the “Freedom to Work” bill that basically cut the balls off of labor unions.  For better or worse, labor unions are a major money-generating source for the Democrats (although they can’t come near billionaires like the Koch Brothers), so the GOP has been looking for ways to limit their influence.

Unions are the only things standing between a living wage and companies eventually using a WalMart model of employee salary structure.  Big business has not exactly been known for their concern over worker’s standard of living, when it comes to padding the bottom line.  Left to their own devices, they will pay as little as humanly possible.  Businesses that pay a premium to avoid having unionized workers will no longer have incentive to continue.

Just goes to show, state government matters.  If you elect Big Business Republicans, you can’t act surprised when they legislate to favor business and let the working stiff get screwed.

Now, I don’t agree with everything unions do… I have my own stories from personal observations when we were setting up new stores as they were being built around us.  But you can’t deny that unions are responsible for the generally safe workplaces, holidays off, weekends and decent pay that many of us enjoy.  Without them, our nation’s businesses would have turned America into a paler version of Bangladesh.

Hello Kitty
Poor Anne Hathaway, got caught coming out of a limo with a short skirt and no undies.  I don’t see what the big deal is; you could hardly see anything.  Most sources had it pixilated but I accidentally got a look (after 7 or 8 searches).  I’m sure there’s a Cat Woman joke in there somewhere. 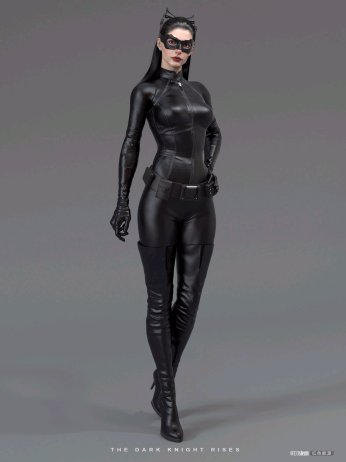 Physcyl Clyff
Here we are, still teetering on the fiscal cliff, with nary an agreement in sight.  Proposals have been sent back and forth, but I’m pretty sure I know what the GOP is afraid of.  It’s the same reason guys drive big trucks and muscle cars:

When I first read the title "Uncivil Unions", I mistook it for "Uncivil Unicorns"... I got really excited. There may be something wrong with me.

That man who was killed in the subway was insane. I wonder if he could have just ran up the tracks a ways...it seemed like the train was going to stop there anyhow for passengers.

A lot of people said they would have died had they of tried to pull him out. I suppose, but at least lay on your stomach to try to pull him out. It's like watching Bear Grylls. That's how he says to do it on ice to pull someone out. Why's a subway platform any different?

But, as the saying goes, how will you know unless you're in that situation.

Wait. He wasn't insane, the situation was insane. You know what I mean.

I guess a dick swinging contest against John Boehner (German for Boner?) is really no contest.

You can tell the uncivil unicorns because they’re the ones jousting with everyone.

The civil ones use their horns to roast weenies and marshmallows.

You wouldn’t want to lay down in that situation… it’s not like the platform is going to collapse. You’d want to use the big muscles in your legs to help pull. I don’t think it would be all that hard to get the guy out, especially with the adrenaline pumping. It’s not like you’d have to get down there with him. Two people could just grab an arm, have him jump, and yank. Done.

Those trains really speed into the station, so unless he went in at the far end of the boarding space, there would be little time to react, especially if the train was already looming when he was pushed.

I certainly agree that the situation was insane… complete chaos. But I’m pretty sure I would have tried to pull him out. Now if the person on the tracks was a 300-pounder, that might change things. I’m pretty confident I could quickly pull out a 5’7”, 160 lb dude. The other, not so much.

All things considered, I’d put my money on the black guy. Boehner being named as such seems to be a classic over-compensation.