Perhaps a Critical Thinking Class Might be More Apt

I see a lot of stuff on Facebook that irritates me and I almost always let it go.  I have no intention of starting fights with friends or family.  There’s really no up side to it.  But sometimes something just sticks with me.

That happened again last week, and as usual, I didn't comment.  I didn't want to make the poster look bad, but there was just so much wrong with it, I couldn't let it go.  So here we are.  As usual, it was one of those picture memes, with some pseudo-wisdom printed over it.  This was the post. 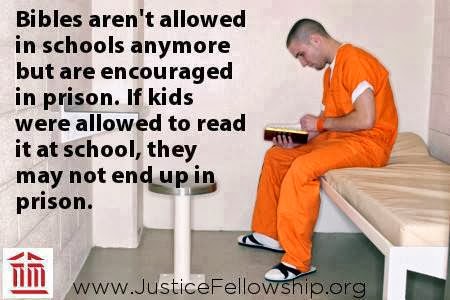 The poster's comment: “I’m not really religious, but I agree.  I think we should have had a morals class or something that teaches common sense cuz my generation is lacking big time.”

My disagreement doesn't have anything to do with religion, but with misapplied logic and incorrect facts.

It is untrue that Bibles are not allowed in schools.  Any kid can bring a Bible to school and read it on his own time.  It’s the school that’s not allowed to require it, nor sanction Bible study groups.  Public schools are not in the business of promoting any one religion, period.  That’s what church and private schools are for.  So right off the bat, the whole premise is off base.

“…but are encouraged in prison.”

Are prisoners encouraged to read Bibles?  I don’t know.  I've never been in prison.  But what would you have them read, "Fifty Shades of Grey?"  What’s the problem?

There is none, but it forms a bridge to the next fallacy.

“If kids were allowed to read it at school, they may not end up in prison.”

“May not.”  Also, if kids are allowed to read “To Kill a Mockingbird,” “Jaws,” or “The Kama Sutra,” they “may not” end up in prison.  “May not” is an ambiguous term and completely useless in this instance.  It infers a causal relationship without providing or even claiming any factual basis.

Also, it’s complete horse pucky.  The biggest Bible-thumpers in Congress are trying to cut Food Stamps, pour billions into more missile systems and fighter jets, and further enrich the richest people in the country.  Where is it in the Bible that Jesus said, “Let there be a strong national defense, and persecute the poor?”

Reading the Bible is just like reading any other “how-to” book.  People take it under advisement and then go out and do whatever they feel will benefit them.  I’m not saying there’s not any wisdom to be found within, I’m saying it certainly isn't some kind of inoculation that will keep a person out of jail.  If it were, it would be a national reading requirement.

I’m not sure how it would work on Jews, Hindu, Buddhists, Muslims, Sikhs, Wiccans or Atheists though.

As for what the poster wrote, I think “Morals class” would best be conducted at home.  There is no one set of “morals.”  Believe me, there are a lot of people who would not want ME deciding what morals to teach children.  So how exactly would any school board or teacher decide what to present as “moral” to our children, without setting off neighborhood riots?

They couldn't do it.  That’s why moral training and guidance belongs in the home and not school.  Sure, the little kids can learn to share and not bully and not speak out of turn, but that’s about it.  (Not that it lasts very long, judging from our schoolyards.)  But there are no easy bromides that will fix our broken culture, no matter how simple it looks on Facebook…

I think requiring classes in applying logic and critical thinking would certainly help.

Facebook isn't all bad though.  To end on a high note, I also saw this… 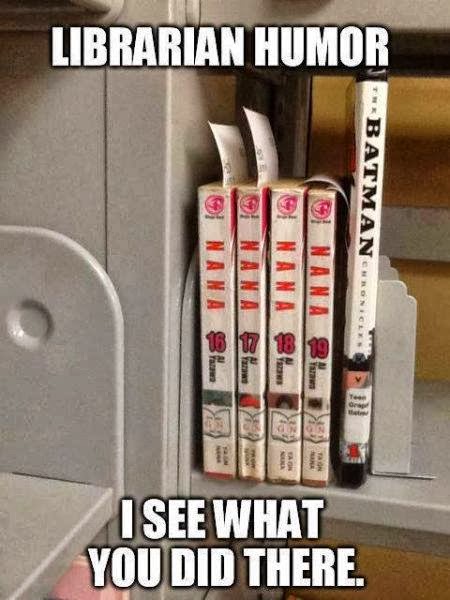 Slavery, stoning and human sacrifice, ahhh yesss...that old time religion will keep kids out of prison.
But suppose they read, "Whatsoever you do to the least of my brothers, that you do unto me."
OOOO now we're all in trouble. What about the sisters?

I did like the one I saw on FB about sending or placing seniors in prison because they get healthcare and decent meals for free and then sending prisoners to old folks home where they would have to pay for crappy food and poor conditions.

All in all, I'd rather just stay at the Holiday Inn. Fewer 'visitors' you don't want to see.

And the cherry-picking of the Bible continues...

If only they had access bibles, man. Kids. SO AWFUL.

I have to say I agree.

I don’t mind if they’re self-righteous, as long as they make sense… like “real” sense, not “Fox News” sense. It doesn’t take any thought, talent or insight to take a couple of unrelated things and claim that they have something to do with each other.

A favorite thing I do is post the Snopes link under it. Shuts them up usually.