It certainly didn’t take long for the ripples from the Hobby Lobby decision to come to light.  Last week, a group of Satanists from New York announced their intention to use the ruling as the justification for court-mandated protection of their own beliefs.

The funny thing is, what they want has nothing to do with Satanism.  They’re looking to provide women with a way to opt out of the often-times biased abortion pamphlets various state legislatures require doctors to supply to women, or have them limited to apolitical information based solely on fact.

They’re also fighting for other related issues, like mandatory waiting periods.  You can click the link above for more details.

But geez, where have we gone as a society where the Satanists have to be the voice of reason?  Where are the Pastafarians when you need them?

But this shows the inevitable problem with the Hobby Lobby ruling.  What happens when it’s not a mainstream Christian group filing for religious protection?   There’s nothing in the decision that limits protection to the primary religions.  Are they now going to go back to court to argue that only their religion warrants federal protection?  That’s not going to fly.

Of course, I didn’t think “Corporations as People with Religious Protection” would fly either.  We’ll see what happens.

To the Moon, Alice!
You’re probably surprise that I haven’t mentioned the Ray Rice thing yet.  I mean, the guy knocks out his fiancé in a casino elevator, with a leaked video tape showing him dragging her off!  Huge PR disaster for the NFL, and an equally huge headache for the future Mrs. Rice.  And I didn’t say anything.

Last week, the NFL Commish Roger Goodell poked the bee’s nest when he suspended Rice for a mere 2 games.  Pot offenders, Adderall users, and people that had NFL Draft violations have all gotten more games suspended.  I still didn’t say anything.

But after watching Rice’s (2nd) press conference, which was supposed to be his big “Apology Tour” performance, I have to write.

How many times do we have to watch athletes, politicians, and other Privileged People give the “I made a mistake/Nobody’s perfect” speech?  It’s especially irritating when the transgression is something this serious. 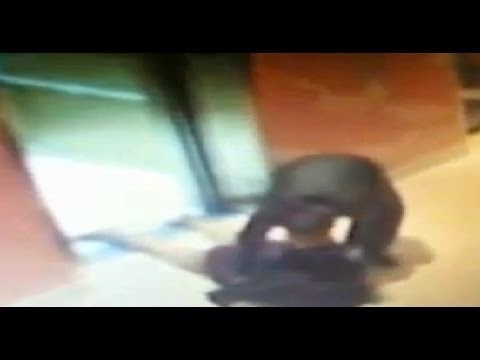 Yes, nobody’s perfect, but you know what?  There are millions and millions of imperfect people out there who have managed not to knock a woman the fuck out.   That’s what he did.  He Knocked. Her. The Fuck. Out.  He hit her in the face so hard, she went unconscious.

That’s not a “mistake,” that’s a “felony.”  I can say I made a mistake if I leave a plate in the bedroom, or forget to put the milk back in the fridge.  Because I’m not perfect, I may neglect to take the trash out, or roll my windows up before a rain storm.  But I never accidentally punched a woman in the face.  And that’s a good thing, because I’m not an NFL running back, so I would probably get in trouble.  Like, jail trouble.

And now with the league basically saying that taking a non-performance-enhancing drug is more serious than knocking a woman TFO (I’m just gonna abbreviate it now), if I were running the big breast cancer organization, I’d be putting in a call to the Commish right about now.  I’d be telling him to stuff his pink shoes and pink towels and pink hats straight up his big pink ass, until he comes up with a punishment that fits the crime.

Unfortunately there’s no way that’s going to happen.  No large charity is going to risk having the money spigot from a huge benefactor turned off.

As usual, from the Ratbird fans, there seems to be a great whitewashing of Rice’s misdeed going on. Yes, the paper quotes a few people who are getting rid of their Ray Rice jerseys.  But you should have seen the cheers he got when he walked onto the Rats’ practice field.

This season, I dare any Ratbird fan to start talking smack about any other player’s off-field foibles.  I shouldn’t have to wait very long; they’ve been making excuses for their guys for years, while sharpening the knives for others.
Posted by bluzdude at 6:46 PM

Email ThisBlogThis!Share to TwitterShare to FacebookShare to Pinterest
Labels: Baltimore Ratbirds, Odd Bits, Political Bluz, The Religious Right, Things That Piss Me Off