I really should thank so many of the people I follow on Twitter; last night I was able to watch the Penguins/Flyers game and still keep up with the State of the Union.  I’m pretty sure every applause line drew a retweet or 20, especially when POTUS trolled the entire right side of Congress, with his, “and I won them, too” burn.

It’s unfortunate that the entire night was pretty much a complete waste of time.  The President went up there and laid out all the things he’d like to do this year, each of which the Republican-led Congress will kill in its sleep before letting anyone even vote on it.

I’m at least looking forward to hearing them explain how things that would benefit so many won’t be passed on account of them costing such a privileged few.  Of course, they won’t come out and say that; they’ll just two-step around it and “SOCIALISM!”  Red-baiting is a lot easier than explaining why you’re screwing people.

This Congress isn’t interested in helping the middle class.  The only time they even think about the middle class is when they try to come with ways to get their votes, without actually having to deliver any benefits.  The only voices they hear are those of their wealthy benefactors.  They’re still trying to convince people that the benefits of dropping tax cuts and subsidies on the biggest industries will spill over to the rest of us.

Of course, they have to completely ignore the fact that it doesn’t work that way.  Didn’t work when Reagan tried it in the 80s.  It didn’t work when GW Bush did the same thing.  Both times, Democrats had to come in and fix the damage done to the economy.

Didn’t work when Kansas tried it a year or so ago, when the Republican governor and Republican State Legislature passed enormous tax cuts to in-state businesses.  Not only did unemployment rise, but they face a huge budget shortfall, which they will naturally solve by cutting essential state services.  It’s a complete clusterfuck.

And it didn’t work in New Jersey, where Governor “What Bridge?” Christie is facing the same problem as Kansas, for the same reason.

This is what actually happens when you slash taxes and provide ample loopholes for big businesses: 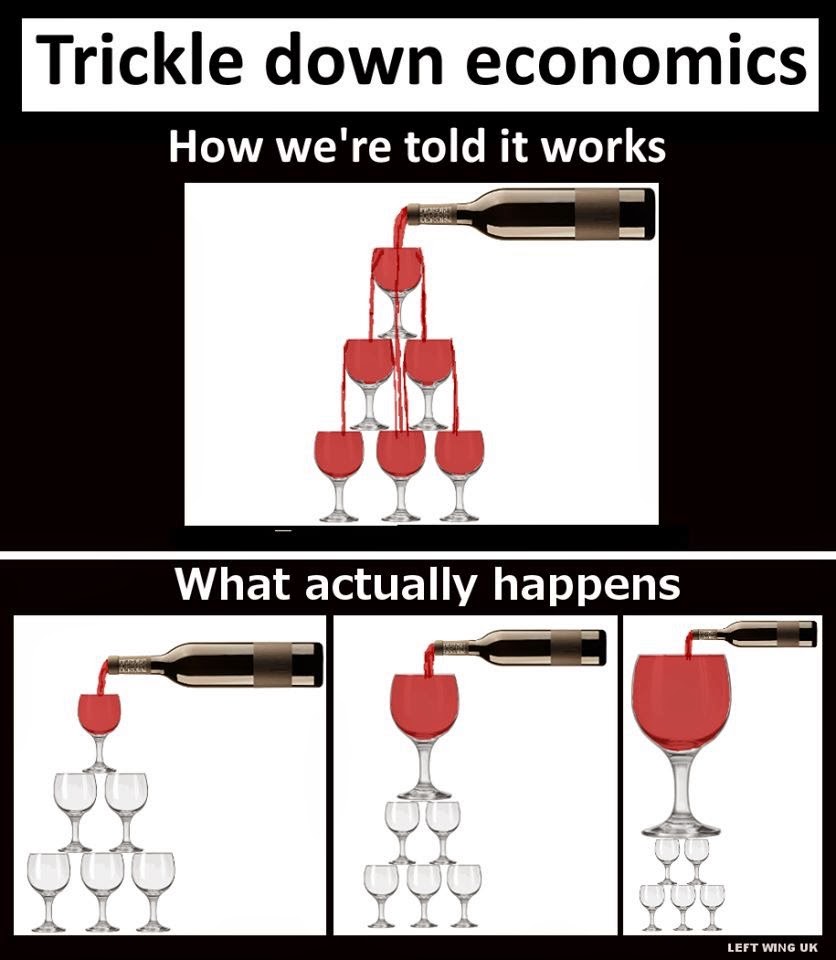 Anyway, if the last two years featured congressional gridlock, I don’t see any change for the next two.  But at least we’ve been able to do something about providing an equal right to marry.  Thirty-six states now have legal same-sex marriage, and as far as we can tell, The Children are still fine, and no one’s heterosexual marriage has crumbled because those two quiet guys next door have a marriage license now.

But wait, just when you think there’s hope for the country, in comes former governor and current Fox “News” hack Mike Huckabee, to claim that states can legally ignore the Supreme Court’s decisions regarding same-sex marriage.

I’m pretty sure that’s news to anyone who’s ever taken a high school government class.  Huck’s claim is the “courts cannot make a law, they can interpret one and then the legislature has to create enabling legislation and the executive has to sign it and has to enforce it.”

As the rest of us learned in high school, the courts don’t make law, they rule on the validity of laws passed by a legislative body.  And they have every power to invalidate a prejudicial and punitive same-sex marriage ban.  States then needn’t pass any extra law to allow something that’s not banned.  And they’re liable for a lawsuit if they continue to “refuse service” to an otherwise legitimate customer, whether it’s the marriage license clerk or the local cake shop.

We solved this problem back in the 60 and 70s, only it was inter-racial marriage rather than same-sex marriage.  Both cases hinged on refusing a service to a couple based on the way they were born.

My opinion is that Republicans drive this controversy because it’s something they can do that will A) Secure votes from the evangelical members of the middle and lower class, B) without costing money for the upper class.

They won’t tell you that though.  Most fall in with the bullshit Huckabee’s throwing out.

I love it when politicians use arguments that are so easy to refute.  Historical position?  Every cultural and scientific breakthrough went against a historical position dating back to the beginning of time.  So what?  That’s the very definition of progress.  It was a historical precedent that blacks and whites couldn’t marry.  Did that make it right?  Same with inter-religious marriages.  There was a first time for those too.

The fact that we did something in the past doesn’t inherently make it right.  I just means we didn’t always know any better. 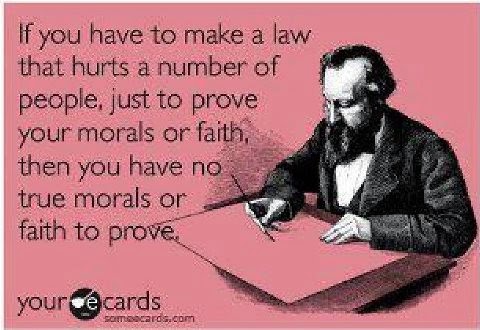 A biblical position?  I hate to break it to the Huckster, but biblical material has no business being brought into a political policy debate.  There’s this thing called the separation of church and state.  We’re governed by the US Constitution, not the Bible.

I just wonder which parts of the Bible he wants to have us ruled by.  I mean, there’s a lot of things in there that even Huckabee won’t defend. 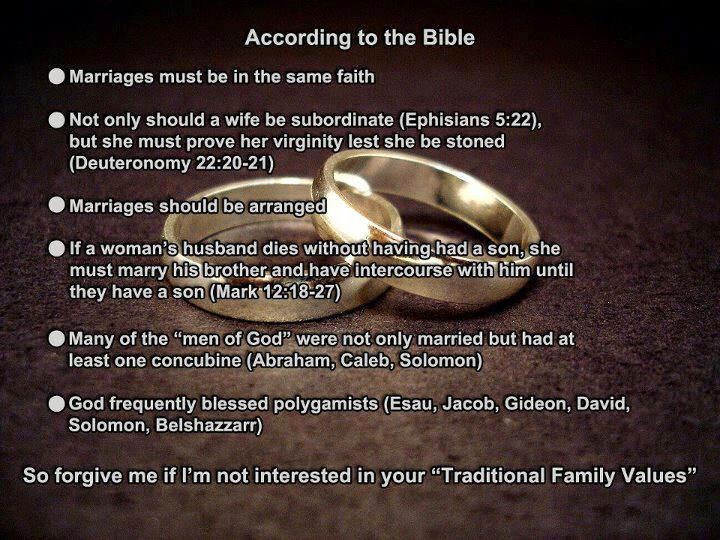 And this doesn’t even get into the raft of ridiculata put forth in Leviticus.

So once again, it seems we have a politician cherry-picking the Bible to support his existing prejudices, to sell to an equally ignorant party base, for his own gain.

And they say we heathens have no morals…
Posted by bluzdude at 7:35 PM

When we cite the Bible for no no's, pork chops and shrimp cocktail are definitely taboo along with wool blend sweaters. Polyester pants suits are unforgiveable. Haircuts and beard trims are in jeopardy.
And when the rowdy crowd demands your male guests (human or angelic), give them your daughters instead. BRAVO, Bluz