I went to happy hour with Sitcom Kelly last night and that’s always good for a post idea.  I wasn’t sure when the idea would come, but I was confident something would surface.  Then I went to the bathroom to break the seal and what do you know?  My idea popped out.  So many good ideas come from time spent in the bathroom.
The bathroom there has 2 urinals and 1 stall.  When I went in, there was already a guy at a urinal.  I know I should have went into the stall, but against my better judgment, I took the empty urinal.  I figured the other guy would be done in a moment.  Boy, was I ever wrong…
See, I have “bashful kidneys.”  If there are people in close proximity to me, I just can’t go, no matter how urgent the need.  My urethra slams shut like a bank vault door. 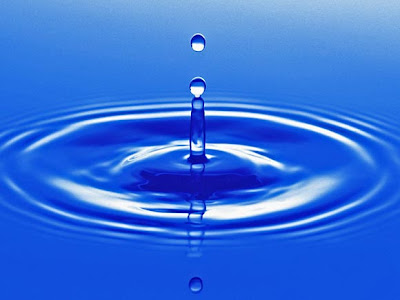 The guy beside me was going like a fire hose, from the sounds of it.  I had to press for all I was worth just to make it sound like I wasn’t just in there for nothing but the ambiance.  And I had to hope to God that I didn’t shit myself from the strain.
By the time the fire hose began to wane, another dude came in, so I figured I’d wrap it up and come back later.  I hate that.
The thing is, it’s completely mental.  Sometimes it’s OK, especially if I’m in there first.  Once I get started, I’m good to go.  And sometimes I can even pull it off when someone else is there first.  But I have to be preoccupied.  The very second I think, “Boy, I hope I can go,” it’s over.  I can’t go.
The biggest problem is with attending sporting events, especially football games.  When we used to go to the Steelers/Browns games in Cleveland, you took your life in your hands wading into that sea of angry Browns fans.  You ALWAYS had to go in with friends.  So by the time you stand there in line in front of the giant trough, getting yelled at, jostled and otherwise abused, you had to go like a racehorse.  And then to get up there, elbow to elbow with the afore-mentioned riffraff, and NOT be able to go?  Eventually I learned to use a stall, no matter how long the line or how foul the atmosphere.
I don’t know what the deal is.  Maybe it’s just a general sense of discomfort felt when there are other dudes close by and you have your dick in your hand.
Places that have rest room attendants are the worst.  There’s this piano bar that my old work crowd used to go to...  It was great… always a lot of fun and the place was always rollicking.
First time I went to pee there, I’m standing at the urinal and suddenly this old dude in a red suit comes up behind me and starts brushing off my shoulders.  WHILE I’M PEEING!  Dude is lucky I didn’t spin around on him and soak his pant leg.  And then they want a tip for that “service”.
Dude, you want a tip?  Stay the hell away from a guy that has his dick out, OK.  You want paid for your service?  Hold the everybody else back until I’m done.  Then, I’ll toss a couple bucks in your pot.  Short of that?  Piss off!
Now this is really weird, but sometimes I get spells of the bashful kidney when I’m home alone.  All it takes is for me to think about it, then WHAM.  No more pee.
I have to turn on the faucet behind me, just to get the atmosphere back.  My next step is to mount a photo directly over the toilet.  Maybe this will help: 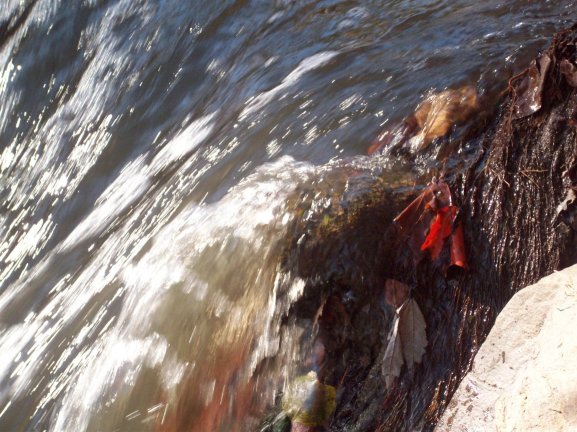 (Waterfall shot I took last year at Patapsco State Park.)
Is this just a guy thing?  Do the ladies ever have performance anxiety in the stalls?  Sitcom Kelly suggested that producing too much sound can be intimidating, especially with the echo of the not so soundproof room.
Meanwhile, the rest of the happy hour with Sitcom Kelly was productive.  I learned that she’s going to Amsterdam next spring, for a 7-day bicycle tour.  I had to insist that she take notes while she’s there because I know it’s going to be a helluva story.  Perhaps she can pick up some tips on how to grow tulips in a dark basement.  The Pit could use a little brightening up, I’m sure.
Posted by bluzdude at 6:50 PM