Before I get into some more goofy shit I found in my inbox this week, I have to address this little news item that surfaced this week, right here in old Charm City.  Well, technically, it surfaced at the baseball winter meetings in Florida.
Baltimore Orioles outfielder, Luke Scott shot his mouth off to Yahoo Sports, saying that he didn’t believe President Obama was born here: “He was not born here. ... That's my belief. I was born here. If someone accuses me of not being born here, I can go — within 10 minutes — to my filing cabinet and I can pick up my real birth certificate and I can go, "See? Look! Here it is. Here it is." The man has dodged everything. He dodges questions; he doesn't answer anything. And why? Because he's hiding something.”  You can find the complete spiel here.
When the inevitable shitstorm hit the fan, Scott had the following comment: “We all have the right of freedom of speech under the First Amendment.  We all don’t have to agree with on another on our opinions.  Everyone in my circle, that I run around with, we all feel the same about God, country, integrity and character.”
I just love how the response goes directly to his right to free speech, which, of course, was never in question.  What he actually said, was.  And then, there’s the smoke-screened sprint right to God, country, integrity and character.  When in doubt, play the patriotism card.  Gee, that’s a new one.  (Where’s that “sarcasm font” when you need it?)
I don’t really care if the guy is conservative, or that he disagrees with the president’s policies, or if he’s a living, breathing, hunting and fishing incarnation of Ted Nugent.  I’d still root for him.  Opinions are one thing… willfully ignoring readily available, incontrovertible facts is something else.
Luke Scott is a decent enough ball player to be voted MVP on an atrocious Orioles team.  And I like our plucky Orioles, but I don’t see how I can cheer for a guy that is incapable of a 5-minute Google search.  I think this goes right to my post from last July about the study that showed that being presented with opposing facts actually hardens one’s opinions rather than causing changes to them.  I guess it’s just easier to believe whatever Fox “News” says.
Oh wait; they don’t actually state such things as facts, do they?  They just “ask questions.”  (More sarcasm font.)
I have a question for Luke Scott: 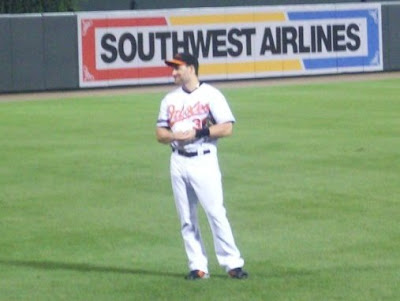 “Wanna get away?”
Ratbird Insurrection: Busted
Remember the post from two Fridays ago, about our workplace Steelers support group’s show of strength in the lunch room?  Remember how I mentioned that the HR boss took down the picture of the hanging (toy) raven from the bulletin board?
Nothing came of it, immediately.  I thought she would have spoken with our resident Big Dog at the table, but as of the next day, she hadn’t.  I figured everything was cool.  Then Thursday, an email was sent out to everyone in the building.  Uh oh.  This was the gist of it:
“Recently, an inappropriate picture involving the mascot for the Baltimore Ravens football team was posted on a bulletin board near the cafeteria.  We strive to keep our work environment pleasant and you are expected to exercise good judgment to assist with this.  Part of this is ensuring that flyers, posters and other information posted anywhere on the company’s property does not have inappropriate, distasteful, or offensive content.”
So busted.  We’re sorry; we never meant any harm.  And we certainly never meant to bring up any memories of persecution, other than in the strictest football sense.
What was funny was that as soon as the email hit, my surrounding cube-mates (and several others via email) all wanted to know the same thing: “All right, Bluz, what did you do?”
I swear; I really had nothing to do with it.  I didn’t circulate the picture, nor did I tack it up.  The mere fact that I knew who did does NOT incriminate me!  Nor does the fact that I laughed at the posting.
Ultimately, I think it’s just kind of silly.  This could have been handled in a single conversation, rather than an email that draws in the whole building.  Such is life in the “home office” environment.
Favorite Email of the Week
This picture says it all: 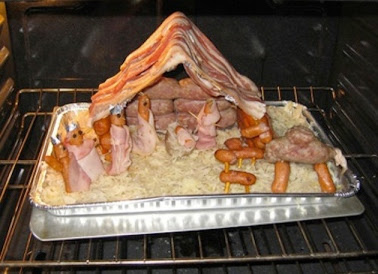 Meat: the true meaning of Christmas!
The only down side for me is that I don’t know what that is on the bottom.  Slaw?  Hate it.  Sauerkraut?  Hate it.  I’m just going to pretend it’s shredded cheese.
My parents sent Pinky and I a case of Omaha Steaks for Christmas.  We love it!  Meat is the perfect gift:  It’s always the right color, it always fits and it’s packed with protein.
Unfortunately, Omaha Steaks does not offer the Meat Manger.  But there’s always next year.
Demotivators
I love these!  I’ve loved them ever since they first followed those smarmy “inspirational” framed pictures found in offices across the country.  My all time favorite is the one where there’s a close up shot of a sleeve of French fries.  The caption simply said, “Not everyone gets to be a astronaut.”
These are just a few of the ones from the email that cracked me right the hell up. 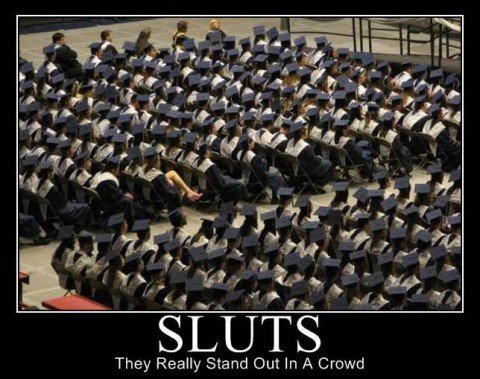 So that’s how Jeff Reed always knew who to seek out. 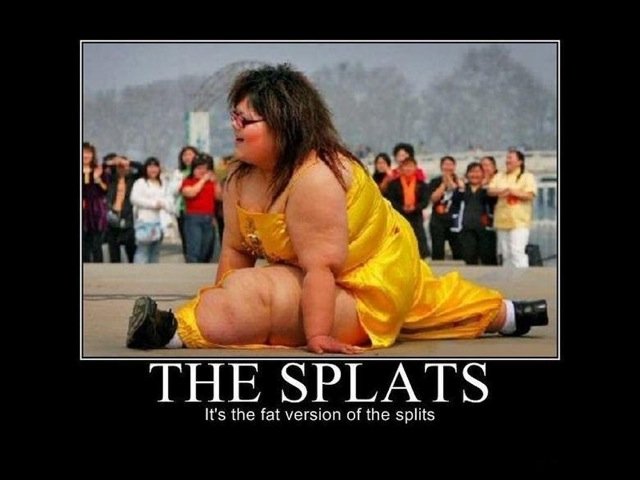 One can only imagine the circumstances involved regarding this shot. 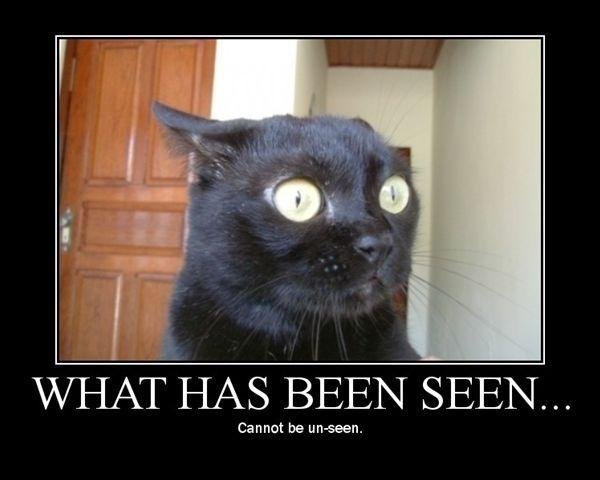 Apparently, this cat has just seen the previous picture. 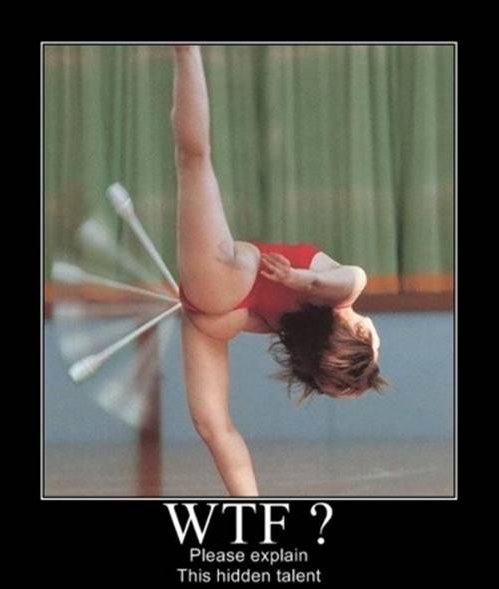 Alternate caption:  This is what happens when you cross a tampon with Mexican Jumping Beans. 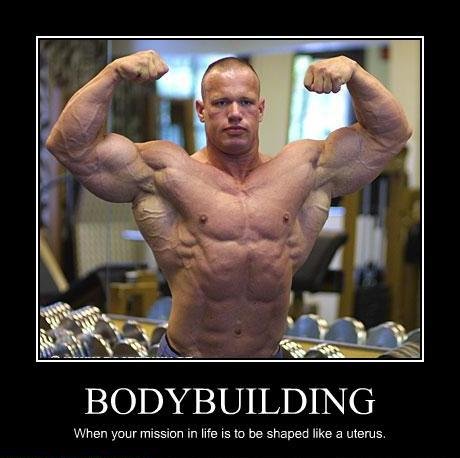 My favorite of the lot, and another where it kills me that I didn't think of that first.
I’ll check in tomorrow with game day Mojo.  Have a great weekend!
Posted by bluzdude at 11:58 AM