How about I begin my 5th year of blogging by puttering around with some random topics?  I’m not feeling up to any grand pontifications just yet, including anything about the missing pontiff.

Good Cracker
One of the best parts of the weekend is that I get to eat peanut butter crackers for breakfast.  I picked up this habit when I was staying at my buddy John’s house on vacation, and they had a big glass jar full of cracker packs.  I realized they were a perfect and very easy way to get a little something in my belly (especially after a hard night of drinking) that was filling, but not too filling.

I usually get the Ritz peanut butter crackers, and look for the packages that have the most peanut butter stuck to the cellophane. 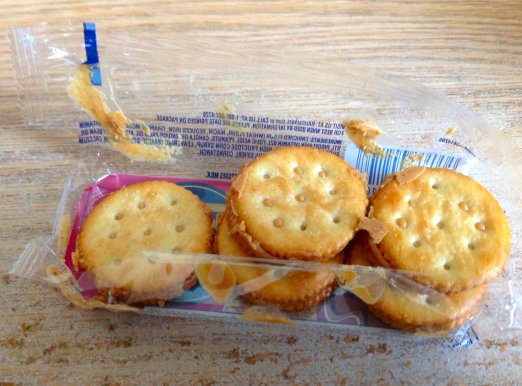 When you see it stuck to the package, that means there was so much peanut butter jammed in there, it had to squeeze out a little bit.  I always make sure to finger off all the peanut butter from the wrapper and eat it with the last cracker.  It’s not that I’m a pig; leaving peanut butter exposed, even in the trash, will attract mice.  Why do you think it works so well in mousetraps?

A Lasting Valentine’s Day
I never liked giving flowers for Valentine’s Day.  It’s trite, and I resent that the florists all jack up their prices for that one week.  Plus, the things are dried up and dead within a week or so.

Last year, I decided to give Pinky a living plant instead, a cyclamen. 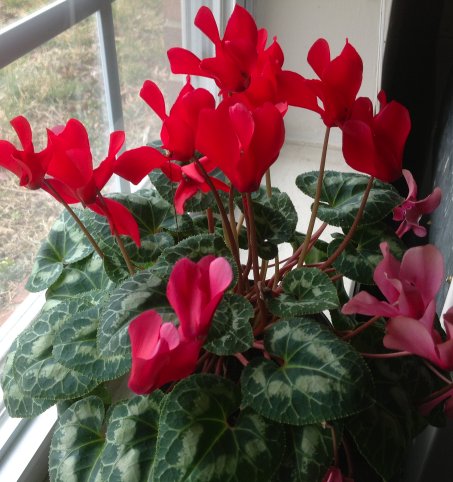 As you can see, even a year later, it’s still blooming like crazy.  Mom says keeping a cyclamen in the bedroom will keep love going.  I never open the blinds in my bedroom, so we keep ours in the kitchen.  That way, it can see that the food I love keeps coming.

Crossing the Ravens
As you know, it was a soul-deadening day, last month, when the hated hometown Ratbirds defiled the Lombardi trophy by bringing it home to Baltimore.

The locals seem to think their team is a pretty big deal now, so it tickled me to death to find this item hiding in the local crossword puzzle. 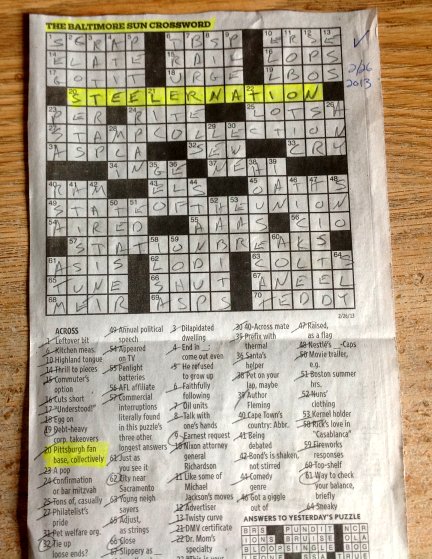 Right there in the Baltimore Sun Crossword, appeared the answer, “Steeler Nation;” with the question being “Pittsburgh fan base, collectively.”  That must have eaten at the collective consciousness of every Baltimore crossword puzzle fan.

See, the Baltimore Sun, like most other newspapers that are left, use a lot of syndicated material.  Their crossword puzzle, for example, originates from the LA Times.  Trust me, if they were devising a crossword puzzle locally, there is zero chance that anything having to do with Pittsburgh would ever appear in it.

That’s what’s so delicious to me, and backs up what I always tell people here… the rest of the country doesn’t give a shit about your team.  They have zero reputation outside the beltway, that doesn’t involve criminal activity.  Forget “Ravens Nation,” the best they can hope for is “Raven Township.”  Their adversary, however, has such a national reputation; their name pops up in syndicated crosswords all the time.

Unfortunately, I doubt any of the hardcore Ratbird fans even noticed.  I doubt they are even capable of solving a crossword puzzle.*

* Except Misty, of course.  And I say that not only because she’s totally smart enough to do a crossword puzzle, but also I don’t want her to sue me for libel.

That Figures
While the Super Bowl fuss is dying down, the merchandising opportunities are just getting started.

Because I’ve used Danbury Mint in the past, both for jewelry purchases and Steeler collectibles, I get regular mailings from them.  So it wasn’t very surprising when I opened this up last week: 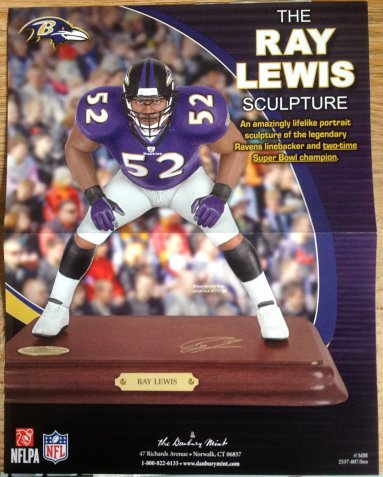 Unfortunately the ceramic knife and bloodstained coat are sold separately.

Like I would ever allow this miniature monstrosity in my house.  I don’t even allow purple Kool Aid up in here.  Danbury does good work though.  Their sports figures have amazing detail.  I know because I already own one of their best. 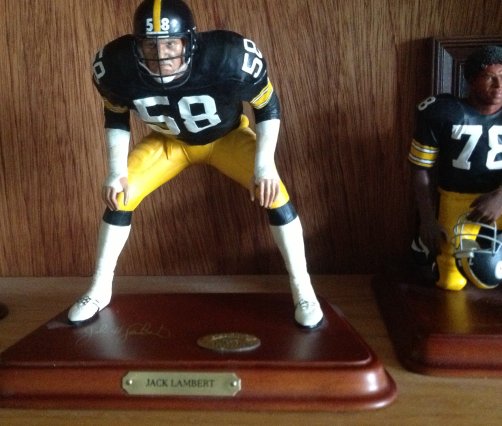 Jack Lambert, defender of all that is right. 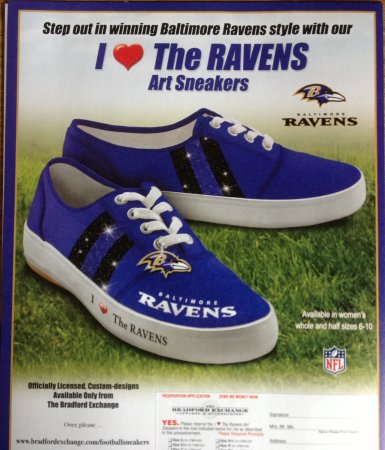 Alas, they’re for women only.  I considered buying a pair of size-12’s, for the same reason I want a Ratbird door mat: so I can wipe my feet with them.  I figure the shoes would be perfect for going out and tromping around in the mud, or visiting the dump.

Then again, these shoes have sparkles.  Real men don’t sparkle; we shine.  And in my case, that’s whenever I take off my hat.

Baaaaaaaaa Humbug
I know this has been going around the Internet like crazy this week, but have you heard about the “Screaming Goat” videos?  Apparently, someone filmed these goats that make sounds just like human screams, moans and wails.  Then, other people started cutting them into popular songs.

There were a couple of them that really cracked me up.  And I’m sad because the reason there were only a couple is that I know so little about current pop music.  The humor comes from knowing how the part of the song goes that the goat replaces.  Most of the examples I found were from teeny-pop or rap songs, for which I have no patience at all.

But when it works, it works.  This clip cracks my shit up every time.

It’s good to know that someone threw a bone to those of us who were alive in the mid-80s.  Otherwise, missing out on this meme would have really gotten my goat.
Posted by bluzdude at 1:18 PM