Chatting it Up Part 3: Brown Sugar

Very soon after I started chatting, I struck up a chat with a woman from Connecticut.  We ended up chatting together regularly for years, and emailed each other long after VP closed down.  We probably corresponded for close to 8 years.  I wrote a bit about her last June, in a bit that features one of my favorite pieces of goofball writing.

Another girl I met in chat was the Island Girl.  She was from an island in the Caribbean, which I had to look up just to find out where it was. 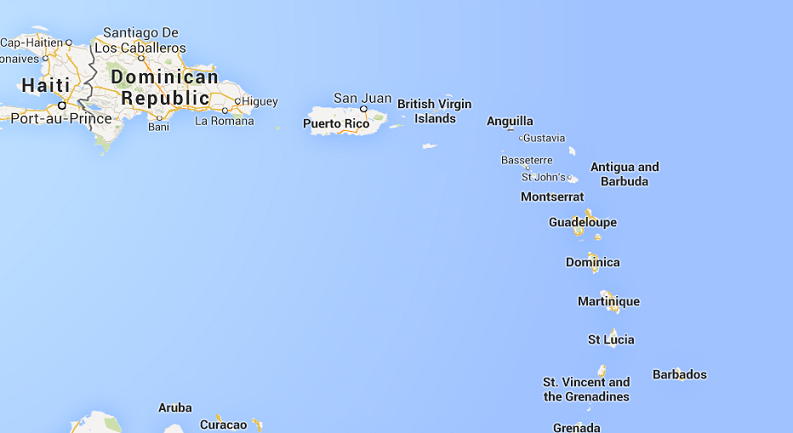 It was one of the little ones…

Island Girl was a real pisser.  The first time we chatted in IMs, she asked me for a story.  I asked what kind of story.  She said, “One that will make my panties wet.”

Thus began many years of correspondence, some kinky, some not.  After VP shut down, I was still used to chatting every Friday night, so that became “our” night.  We used the IM service “ICQ,” (remember that?) and set it for split screens so we could see the words appear as we typed.

(I totally thought that was the coolest thing!  Not only do you get instant response, you can evaluate your partner’s typing skills.)

While we had a fairly long-lived cyber-relationship, it wasn’t without its ups and downs.  Once she sent me an email that was meant for another guy.  That one hurt.  I sent it back, with a note, and then maintained “radio silence” for a couple weeks.

I knew she was by no means “mine,” but it was still unsettling to know that she was similarly chatting with someone else.  After all, every rooster wants to be the only one in the henhouse.

I spent another couple nights worried sick about her, as a hurricane ripped through her little island.  I was so relieved when she turned up later, but you feel so powerless when someone you care about is far away and in danger.

Anyway, the years rolled by.  She eventually got together with a guy… a dude from the States who she also met online.  He went and visited her island, brought her (and her two kids) back to the US, and married her.

I was fine with it.  By that time, I’d moved on to other things, and chatting was a thing of the past.  Still, we’d email from time to time, and catch up with each other’s lives.  Eventually, she became disenchanted with her hubby, who according to her had become controlling and mean.

I wasn’t particularly surprised.  I mean, the profile fits.  Guy goes to some far off land, plucks out a girl and takes her far away from everything and everyone she knows, so she’s completely dependent on him… It’s the perfect scenario for a dominating, control freak.

She eventually split from him and moved out on her own, along with her kids.  That’s when we began to rekindle our online relationship, and eventually began talking about meeting in person.  In fact, that became the basis for one of her cyber requests.  She asked me to write her a top-shelf, four-alarm sexy story, based on our hypothetically getting together.

As an ex-DJ, I’m trained to take requests, so one night I sat down with a candle lit and a glass of wine, and let it fly.  I started by thinking, “OK, she shows up at the airport, so what happens from there.”

I don’t know if she has that story any more, but I know for a fact that she kept it for years afterward, and re-read it regularly.

So it was funny when the time came, in 2005, when she really did come for a visit.  She was living near Raleigh NC, so I went halfsies with her on a plane ticket.  I probably could have paid for the whole thing, but I thought I would be better protected if she had some skin in the game too.  But I really wasn’t that worried about her conning me.  I was more concerned about another issue.  I’d never been part of an inter-racial couple before.

Not that we were a “couple” couple, but we would be walking around Baltimore together.  Who knew if some dude would take offense that this fine sista was hanging on this old white guy?

Also, there was my own curiosity at play.  What would it be like, to be intimate with someone so different from myself?  Would I find her as exciting in real life as I had over a computer screen?

I learned many things that weekend, but mostly that I worried too much.  There was no issue between us at all.  In fact, at one point, she asked me, (with her Island accent), “So what’s it like being wit’ a black girl?”

It was an enlightening experience, to say the least.  We get so worked up over superficial things, when we’re all basically the same, underneath.  (Especially when the lights are out.)  It’s far more important to judge people by their actions, than random physical traits.

Anyway, we had a grand time running around town.  We went to the National Aquarium one day, and another, I took her to Camden Yards for an Orioles game.  Unfortunately, it was kind of cold and rainy, so we left early.  But one funny thing happened.

Before the game, we were walking around the concourse under the stands.  I think I had an arm around her back, kind of guiding her.  I’m sure they didn’t have big baseball parks like this back on her island.  Anyway, at one point she felt an arm on her shoulder.  It took a beat or two to realize that my other arm hadn’t moved.  She looked over her shoulder and straight into the giant head of the Oriole Bird mascot, who had been following along behind us with his “wing” on her shoulder.  Startled, she started shrieking like a crazy woman.  (The echo in that place was really something.)

I just kept saying, “It’s OK, it’s OK, it’s just the mascot!”  But that bird scared the shit out of her, seriously.  You never know what to expect in the big city… 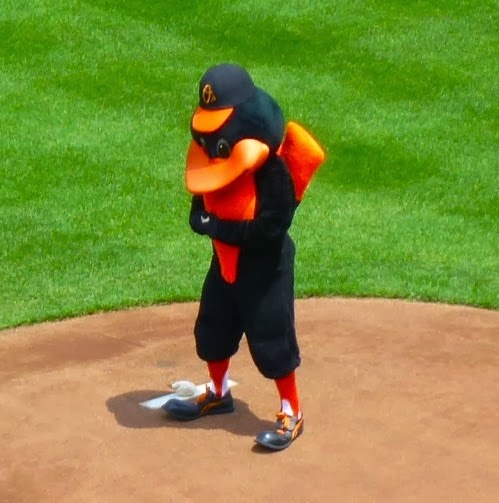 The rest of the visit went by with much less screaming, (except a time or two when it was warranted.)  But now that she had come to visit me, I had to take my turn.  I went down to see her later that summer.  We had a good time there as well.  We didn’t go too many places, but I met her kids and we did go to the county fair.

After that flurry of events, we both basically went on with our lives.  Neither of us thought it would ever turn into a long-term thing.  I think we just satisfied our mutual curiosity about each other.

We’ve kept in touch over the years.  I know she became a US citizen, moved to the Pacific Northwest, and got herself a college degree.  We’re Facebook friends, so I can still keep up on how she’s doing.  It’s been satisfying watching her adapt and thrive in her new home.

And to think, our whole friendship started with a dirty story…
Posted by bluzdude at 7:09 PM