Shifting Out of Neutral

On Friday, my apartment became my own again.

As you may remember, following my split with Pinky, I plummeted headlong into another relationship, with a girl from my distant past.  She moved into my place in January, but was packed to leave by mid-March.  Since then, I’ve been kind of stuck in neutral, or limbo, if you will.  She was gone, but all of her stuff was still here, boxed up and crammed into corners and along walls. 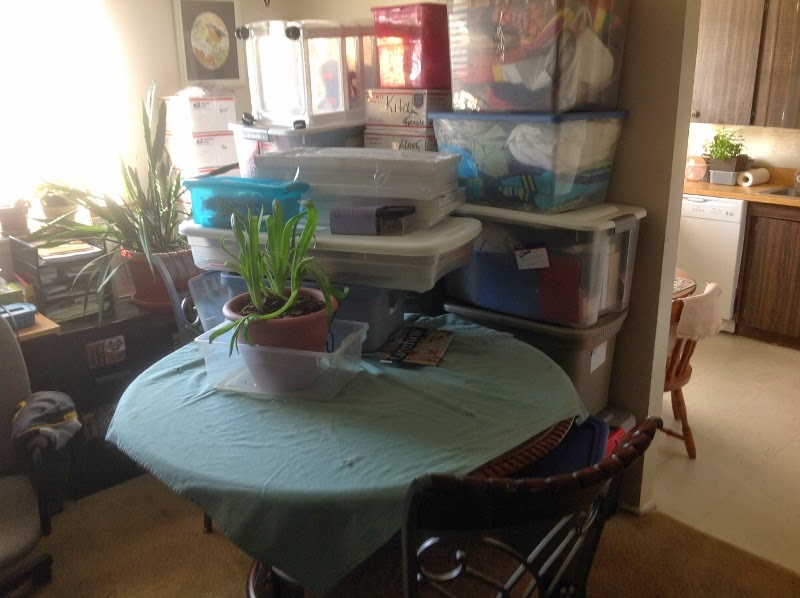 At least I could get to my computer desk. 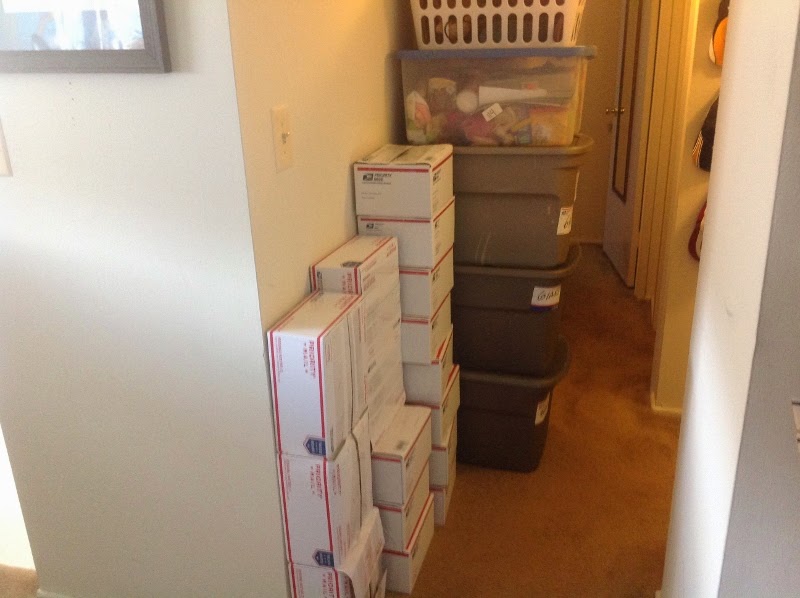 Getting to the hallway bathroom was a challenge. 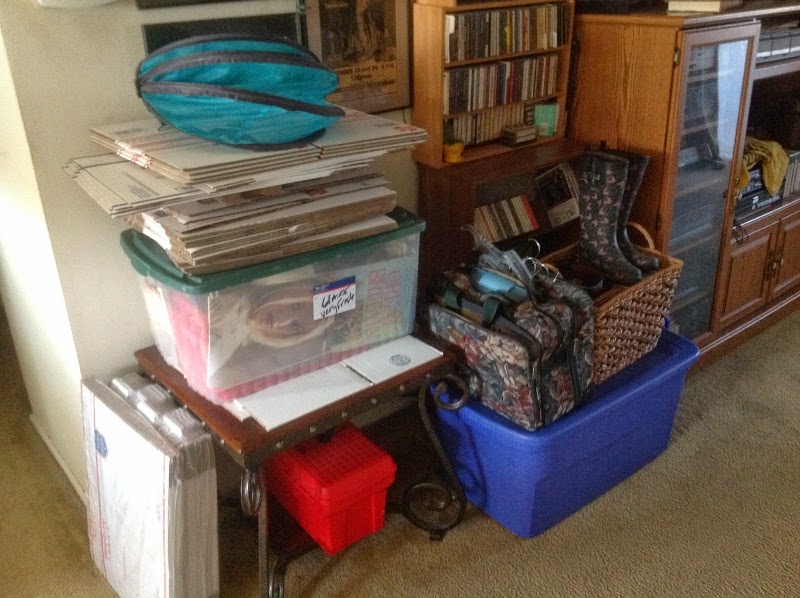 Good thing I rarely need to get to my CDs. 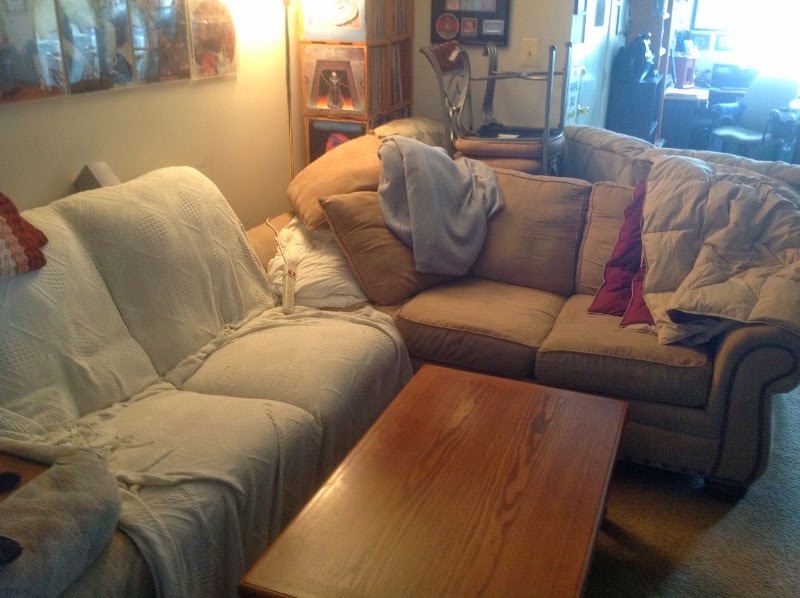 And I still had use of the FrankenCouch.

She flew into town on Thursday night, we picked up the truck Friday morning, and were loading it up by 9:00 AM.  We got most of the boxes and bins onboard before our hired help showed up at 11:00.  After doing all the unloading ourselves, the first time, these guys were worth every penny, to move her furniture.

The biggest problem was getting her desk out of the back bedroom. 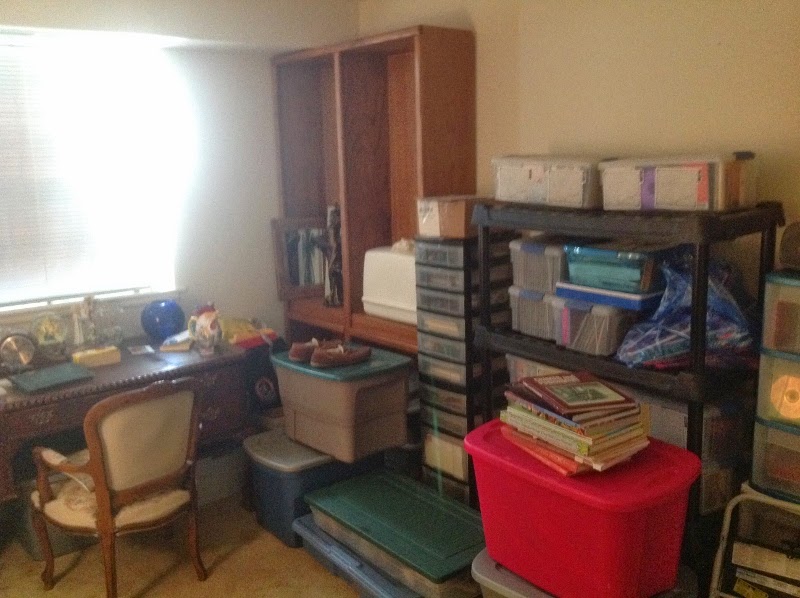 That’s her desk by the window.

We had just barely gotten it in the door of the back bedroom. (Remember, there’s a closet bump-out right in front of the door, so you have to make a hard left to get it in.)  I know we took some paint off the door frame while doing it, but we were eventually successful.  The trouble was; neither of us remembered how we did it.  The movers tried a number of angles, and they were always about an inch too wide.

We even took the door off the hinges, but they still couldn’t get it through.  I was trying to match up the shaved paint from the door frame with the paint marks on the edge of the desk, to try to recreate what we had done.  Finally, turning it every which way, they got to “right-side up,” and it eased right out the door.

I hate it when you spend a half hour on intricate solutions, only to arrive at the obvious one.  It’s like looking all over the house for your glasses, and then finding them stuck on the top of your head.  But once we took the door off, there was plenty of room to slide it out the easy way.

Everything else was a breeze after that, and while we had booked them for 3 hours, we were done after 2.  She had said she wanted to be on the road by 2:00 and I didn’t think that would be even remotely possible.  But there we were, at 1:55, saying goodbye through the truck window.

I spent the next hour vacuuming and putting some of my things back where they had originally been.  It was so unbelievably nice to re-establish some sense of order.  I was so happy to have my place back, I went right out to the local sports bar to celebrate.  (Jilly’s, the place where I go to watch the Steelers when they’re not on local TV.)  They were kind of surprised to see me; after all, it was 3:00 on a Friday, so I’m usually at work at that hour.

I promptly struck up a conversation with the 22-year old kid sitting beside me, talking mostly about the different ballparks we’ve been to, and whatnot.  I really have to do that more often… just go out and talk to whoever is around.

I did that Wednesday night too.  I had tickets to see the Orioles after work, and was meeting my boss down at Camden Yards.  But first, while I was sitting at my favorite ballpark bar (where Sitcom Kelly and I have VIP cards), I inserted myself into a conversation that was going on around me.  There were two frat brothers from Purdue, one of which had recently moved here, there was an older guy with his smokin’ hot daughter, and a very slick guy from LA, wearing a Yankees Suck t-shirt.  Next thing you know, we were all drinking together and sampling appetizers, and talking about ballparks we’ve visited, and sports in general.  I was having so much fun, I almost didn’t want to go the game.

Like I said, I really have to do that more often.  I see this becoming an integral part of the Summer of Bluz.

I met my boss in the “Misty” seats, which are definitely too good to pass up.  (My Blog Sister Misty gets a ticket package for the O’s each year, but can’t always go to all the games.  I’m her first call when she needs to get rid of the seats. 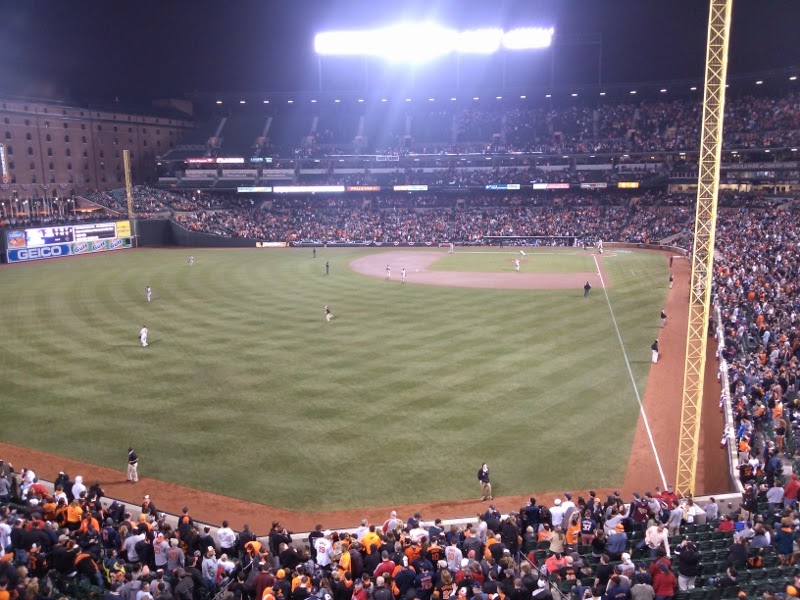 But back to Friday night… As I was sitting down to relax, after a long day, I swear, every time I’d get up to pee, I’d smile like a monkey, knowing I no longer had to squeeze through the hallway, just to take a squirt.  I mean, have you ever tried to suck in your gut when you really have to pee?  I don’t recommend it.

So I’m enjoying my nice cleaner, crisper place.  I still have to get some stuff back up on the walls, but I’m not going overboard.  This time around, I want to keep it classy. 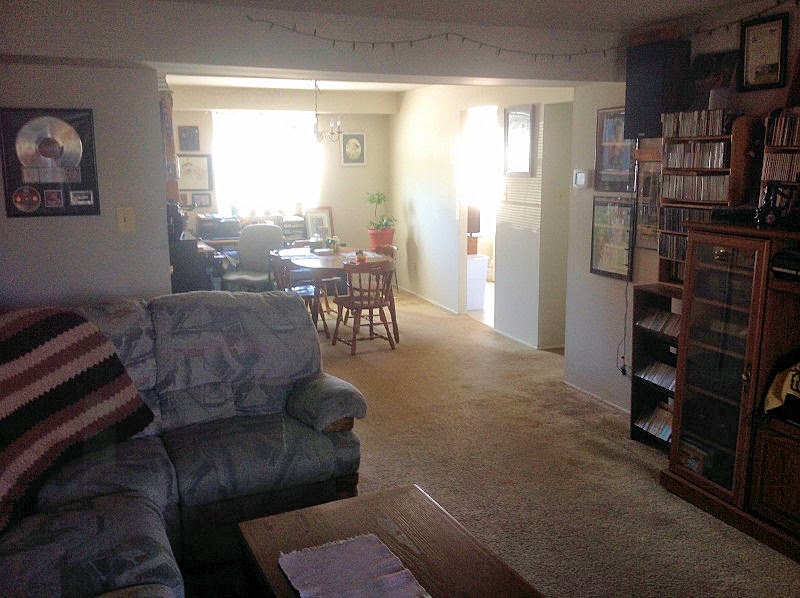 I need to get something up on the wall there in the dining room, but I think I’m going to have a couple of my photographs I’ve taken put onto 16” x 20” canvas, and hang them there.  I saw a deal on Groupon…

I probably want to get a table or something for that spot beside my CDs, where that pile of stuff is in the 2nd picture.  And I don’t quite know what to do with the open spot in the bedroom. 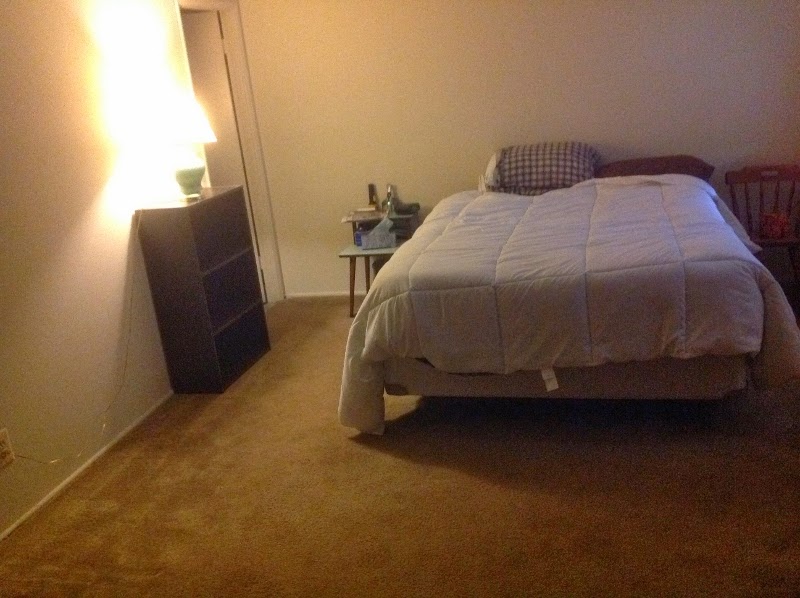 By the way, it’s the camera that’s at an angle, not the bed.  Otherwise, I’d roll out every night.

I used to have a big wardrobe on the far left, but now I want to keep it on the right, so when I replace my TV, the old one can go on top of it.  (It won’t work on the other side, because I don’t want to have to run the cable across the floor.)

She had an easy chair and a ottoman on that side.  I really liked using the settee to sit on when I put my socks on, so maybe I’ll get one of my own.  Any other ideas for something to put along a mostly empty bedroom wall?

The back bedroom is completely empty.  I used to use it for storage, but I don’t want to junk it up again.  I plan to get a top-shelf air-mattress and find a small dresser, so I can make it an acceptable guest room.  I haven’t had an actual “guest” since 2009, but you never know.

Regardless, I’m excited about my new start. I’m sure it will get old being alone all the time, but for now, it’s just what the doctor ordered.  I have to remember to force myself to leave my cave though, otherwise I’ll just spend my days hiding out in there, and miss everything as life trundles on.

Like today… it’s 60 degrees and sunny out, and I’m here typing away at my desk.  Perhaps a trip to Home Depot is in order.  I feel the need to spruce up the cave.

It’s time to get out of limbo and back into the fray.
Posted by bluzdude at 1:45 PM