I know I covered this back in 2011, but here it is again.  Another female high school teacher has been arrested for “cleaning the erasers” with a male student.

As I asserted in a previous post, I fail to see the problem here.  To me, it sounds more like “The Year I Won at High School.”  So it cracked me up where in the article, they keep referring to the kid is The Victim.  (Yes, I know they don’t identify minors by name when they’re a “victim” of a sex “crime.”)

I guarantee this kid will be bragging to his friends about this story for the rest of his life.  “Victim,” my eye.  Sure, the teacher cleaned and polished the kid’s eraser in a closet at school.  But also notice that they had two other encounters at her place.  Think she tied him up and dragged him there?  That kid followed his pecker over there like it was a divining rod.

And not only that, he filmed an encounter on his phone.  You think he was “collecting evidence,” like it was a congressional “investigation?”  Hell no.  That was earmarked for the spank bank.

I just wonder about the teacher.  I know she was really young, (24) but I keep thinking, “Come on, lady, I’m sure you can do better than some boy…”  It’s not like 24-year old men are all old and over the hill…  So while she’s not exercising the best judgment, I can see her getting fired from the school.  But I don’t think she needs to go to jail.

Maybe sentence her to 30 days on Match.com instead.

I Keep Telling Everyone, But No One Listened
Ah HA!  I knew it!  A new study just came out that said vegetarians are less healthy and have a lower quality of life than meat-eaters.  Revenge is mine!

How long have I been saying that vegetables are evil?  Huh?  For as long as I’ve had a blog, that’s how long.  All you vegetarians and vegans with your special diets and gluten-free this and non-dairy that… We omnivores get the last laugh!

OK, I’m done gloating now.  The truth is, I don’t really even fully buy the study’s conclusion, because they seem to make a lot of assumptions.  If you read carefully, there are a number of other factors that influence one’s health, like alcohol intake and smoking.   And a meat-heavy diet does come with legitimate concerns about obesity, clogged arteries and risk of heart attack.

But still, it’s nice to have a little support from the scientific community.  And now, bacon for everyone! 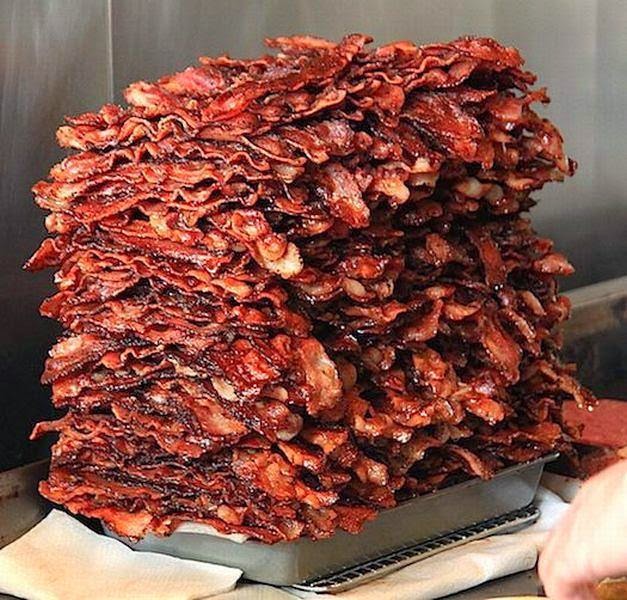 The Dream
Great.  Flaming. Jesus.  I had the most unbelievable and traumatic dream Sunday night.  Check this out…

I was playing soccer, and got tangled up with another player, and we both went down in a heap.  When I got up, I realized that “Bluz Jr.” had been nearly sliced off and was hanging by a tiny strip of skin.  In fact, the top half came right off in my hand.

And I remember thinking (within the dream), “Damn, that’s the good part.”  No guy wants to live without the Angry Inch

You know how we guys are about our junk.  We’re highly protective of our little buddies. 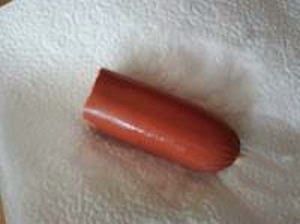 (Disclaimer: Not an actual willy.)

Though clearly unhappy about my schlong being reduced to a schlort, I was remarkably composed about the whole incident, which had been surprisingly painless.  (That should have been my first clue that it was a dream.)  Next thing I knew, I was sitting in a sort of “common room” that you might find in the main area of a frat house.   It appeared to be a house full of medical students.  Perhaps I was playing college intermural soccer.

Anyway, with the better half of Bluz Jr still in my hand, and the other half suffering from boneus interruptus, I asked the room if they might be able to find a way to put this thing back on, because I was pretty sure I was going to need it.  In fact, I had to pee right then.  There seemed to be a murmur in the room, as they discussed my plight and I considered what it might be like to live without a wang.

And then… I was never as glad as I was right then, to wake up in my own bed.  An immediate examination determined that Bluz Jr was just fine.  And all was well again in the land of Bluz.  Even if he didn’t have anywhere to go just yet, he still has potential.

So now: WTF????  Any of you amateur Freuds out there want to take a shot at what that meant? 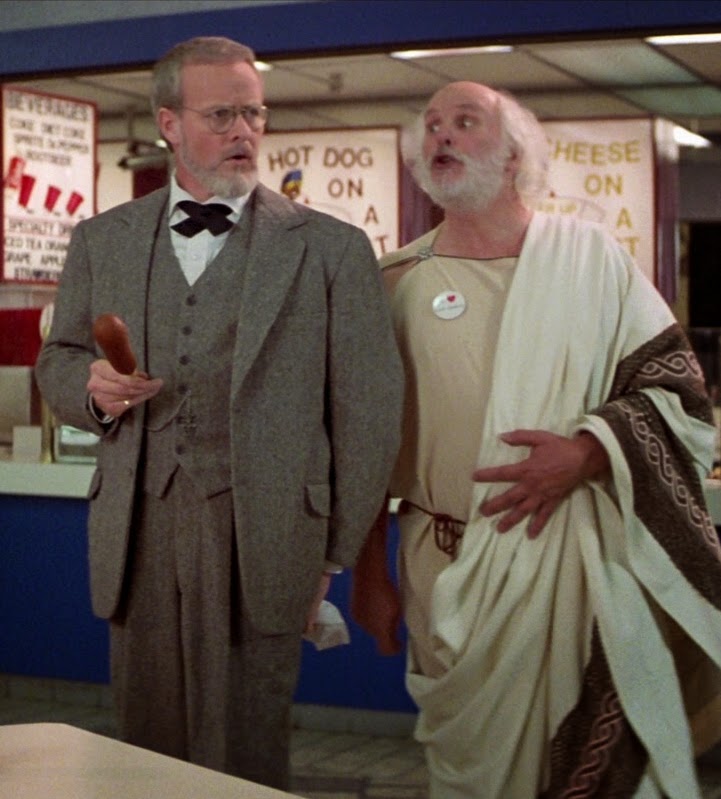 Freud and So-crates… the Dream Team

First of all, me? Playing soccer???  I haven’t played a competitive game of soccer since gym class in junior high, and that was a one-off.  Where in the hell did that come from?  Just because I was a fan of Mia Hamm, doesn’t mean I wanted my lunch meat sliced.

My first instinct is to tie it to my experience of my boomerang relationship that just bounced out of the apartment.  Could that have been my brain processing the loss of autonomy that the relationship represented?  But if so, why did I have the dream when it was over, rather than when it was still going on?

Maybe it had something to do with my anti-vegetarianism, by making me consider a life without meat.

Or maybe it was a message for me to be less cocky.

Either way, you can bet your ass I’m never playing soccer again.
Posted by bluzdude at 6:47 PM