This week I came across an interesting article about a particular method of leaving a party or gathering, called “ghosting.” 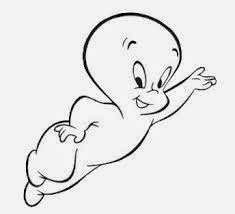 Ghosting, aka “The Irish Goodbye,” aka “The French Leave,” aka several other names, is where at a time of your choosing, you just disappear without fanfare or goodbyes.

My old buddy Brill used to do this all the time at our Barn Parties.  I used to call it “The Brillhart Fade.”  One minute he’d be there, carousing with the rest of us, then he’d just be gone.  It used to drive me nuts because anything could have happened to him.

Brill was pretty frail, so we wanted to watch out for him.  He lived a couple of houses down so he was on foot, and given the dark country road on which we lived, and the 55 mph speed limit, I would have preferred to know he was leaving.  For all we knew, he could have been eaten by bears, while going out for a pee.

I used to yell at him about it, and he’d always say, “I just want to go, and not make a big deal out of it.”

I’d say, “It doesn’t have to be a big deal, just let me know… give me a signal or something.”

Cut to many years later, and now that I know what it’s called, I can say that ghosting is my favorite way to leave an event.  Usually it’s at a moment where I’ve already had conversations with the people there whom I know, and find myself standing by myself.  My choices are to try to graft myself onto another group’s conversation or stand there feeling sorry for myself, hoping someone comes up and talks to me (which never happens, ever).

I try to stop drinking at least an hour or so before I want to leave, so if the timing is right, I just ease my ass out the door.  It’s not like I’m sneaking around.  I move through the room as I normally would, and just keep going.  I think it helps to leave my coat or briefcase somewhere near the exit.

As far as I’ve ever heard, no one mentioned my stealthy departure.  I can only assume that they never really noticed I was gone.

Obviously, this is not a tactic I would use with a small group.  That’s would be rude.  I’m talking about a party with 30 or more people, or a workplace happy hour out at a local bar.  The last thing I want to do is interrupt someone else’s conversation, just to say goodbye.  Plus, by that portion of the night, I’m not at my most articulate, I’m sure.  All I want to do is get home and go to bed.

It also doesn’t work as well if you’re there with someone.  It’s much harder to be inconspicuous as a pair.  To pull that off, you have to create some kind of diversion.

“OK, the curtains are on fire… let’s get out of here.”

So what do you do when you want to leave a party or event?
Posted by bluzdude at 4:04 PM

I just go, take a later on, as Brill used to say. Goomby.

Ghost is my nickname.

I'm a big fan of ghosting. The alternative is to awkwardly seek out your friends, wait for them to stop whatever conversation they're having (which always takes forever), and then interject a quick goodbye that usually turns into its own ten minute conversation.

When faced with that, I'd rather just duck out.

That’s my point exactly! And multiply that times the number of friends you have in the room? The door just gets further and further away.

The Irish Exit is very useful when you're just DONE with a party and don't want anyone to try to convince you to stay. I'm going to start referring to it as the Brillhart Fade and confuse my friends.

Weirdly, though, I've only heard ghosting refer to men who don't call women after what seemed like a promising start to a relationship.

I'd never heard any of the names for it, before I read the article I linked.

So now, not calling has a name too? Besides "Getting Out of Dodge?"

Sometimes? When I'm running way late to get TO a party?

I hurry up and take a "Polish shower."

We always do the say goodbye to everyone thing. I wish I knew about this in college, though. I would ALWAYS want to just sneak out of parties, but would inevitably sit and look pathetic for the rest of the night. Damn, if only I'd known about ghosting! If only!!