Yesterday, I my 2012 calendars were delivered.  As I wrote about last year in “Calendar Boy,” I’ve been using my nature photography to make wall calendars since 2008.  I got a late start this year, but luckily they were delivered before my parents left town, so I could hand deliver one.  Geez, I should probably start signing them, shouldn’t I?
I was really looking forward to doing this year’s version because A) I got a new camera late last year and B) I received some great photoshopping advice from Jessica R and Katie Ett after my last calendar post.  Over the course of the year, I put their tips into practice so that this year’s calendar would really ‘pop.’  This time, I considered adding captions to the shots, either through photoshop or with the calendar-making tool, to describe or at least name the shots.  I decided against it because I thought it would distract from the overall presentation of the picture.  All in all, I am quite happy with the finished product.  So let’s take a look…
Note: Keep in mind that you may have seen some of these before, because I posted them right after shooting.
Cover 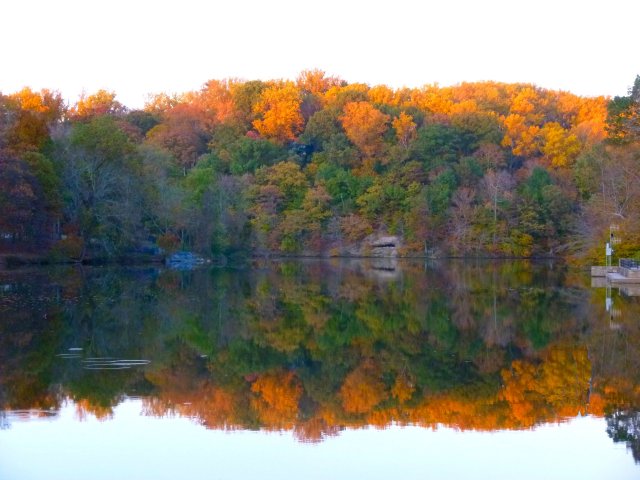 The cover is always tough for me because it has to be a good shot, but it doesn’t make sense to use one of my best, because it practically never gets seen.  The cover ends up being my 13th best shot of the year.  In this case, it’s the fading-light shot I got after I raced across town to get to the park before sunset and only had about 10 minutes in which to shoot.
January 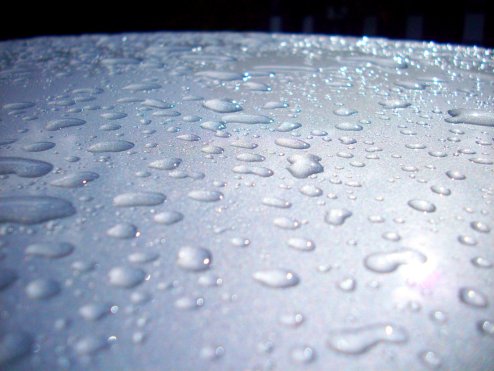 You’ve seen this one too… a close-up of the water beading on the roof of my car, after a fresh waxing.
February 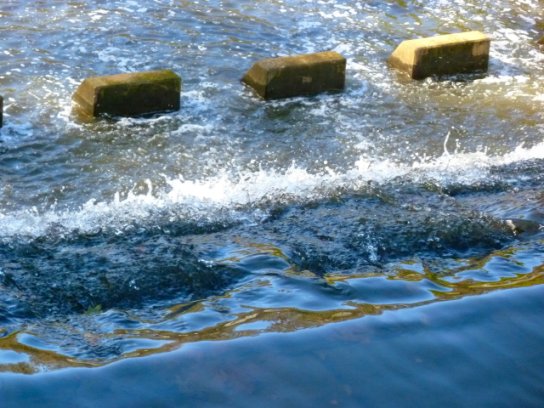 A look over the top of the dam on Lake Roland in Robert E. Lee Park, Baltimore.  There’s actually about a 30-foot drop-off there, between the smooth part at the bottom of the shot, and the splashing below.  (BTW: Heads up!  We have a Leap Year this year.)
March 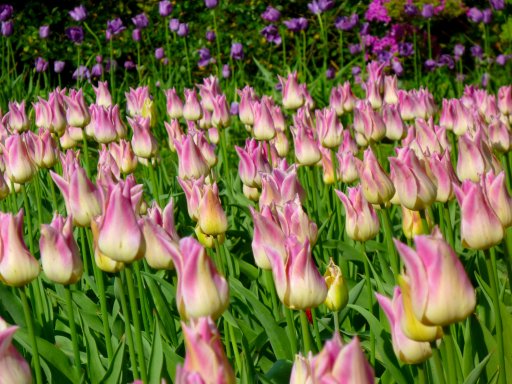 Tulips from Sherwood Gardens, Baltimore.  Every year they have an incredible array of tulips and daffodils blossoming.
April 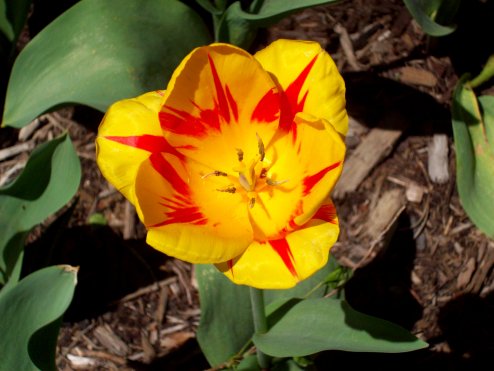 A single tulip from Sherwood Gardens.  I think this shot is from last year, though.
May 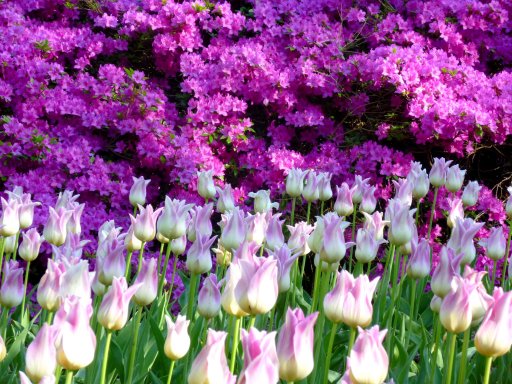 More tulips from Sherwood Gardens, this time in front of an incredible flowering bush.
June 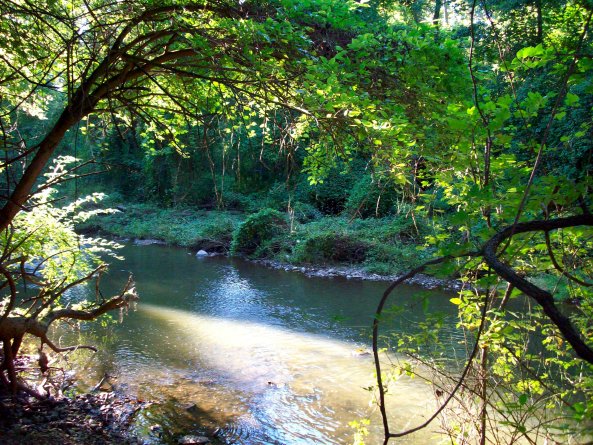 This is the outflow creek just down from the dam at RE Lee Park.
July 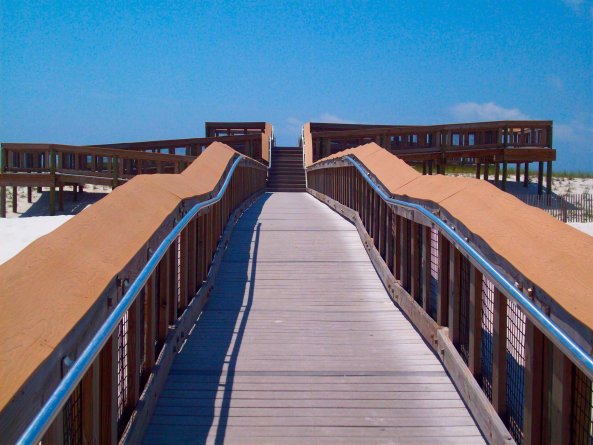 This is from a couple years back… a beach ramp at a park in Pensacola, Florida, that Pinky and I visited with my folks.
August 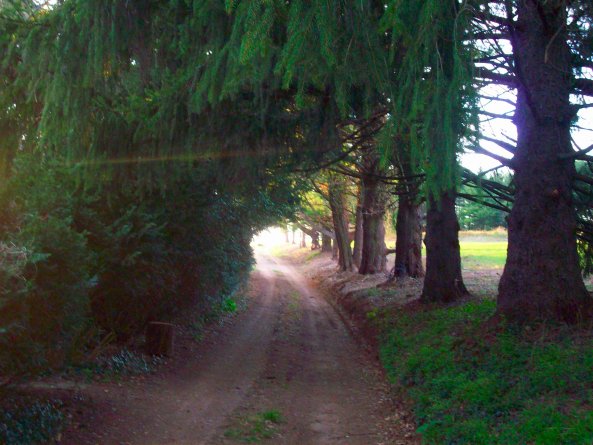 This is a tree-lined dirt road out at one of Pinky’s friends’ house, about an hour west of Baltimore.  I thought it looked spooky, yet inviting… the light at the end of the tunnel.
September 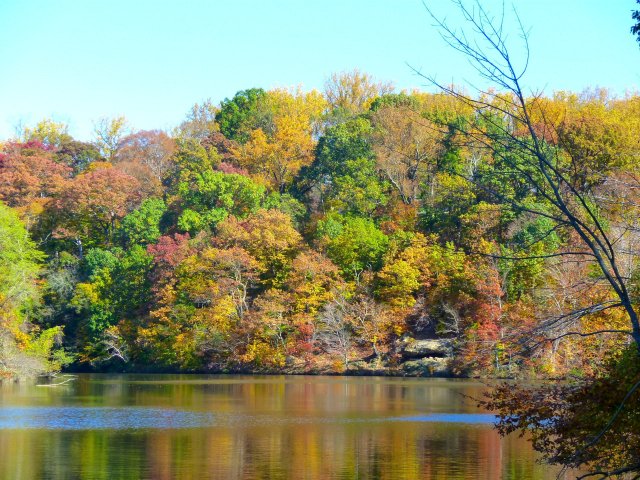 Fall on Roland Lake, in all its glory.  This was the kind of shot I wanted to get when I tried to outrace the sunlight a week earlier (which resulted in the cover shot).
October 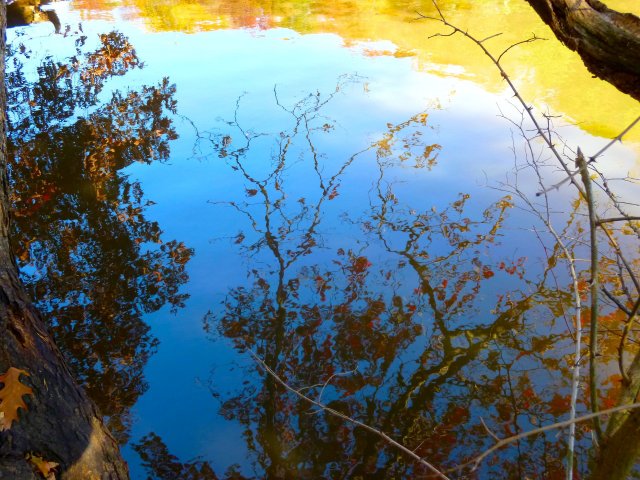 This is my favorite of the lot.  I shot it on the same trip to RE Lee Park as the previous shot.  The water was choppy all over the lake, except for this one spot up close to shore.  I found this nice reflection under a stand of trees.  The yellow streak at the top is reflected sun (not an oil slick) and wasn't nearly as pronounced until I upped the saturation with Photoshop.  I LOVE reflection shots.
November 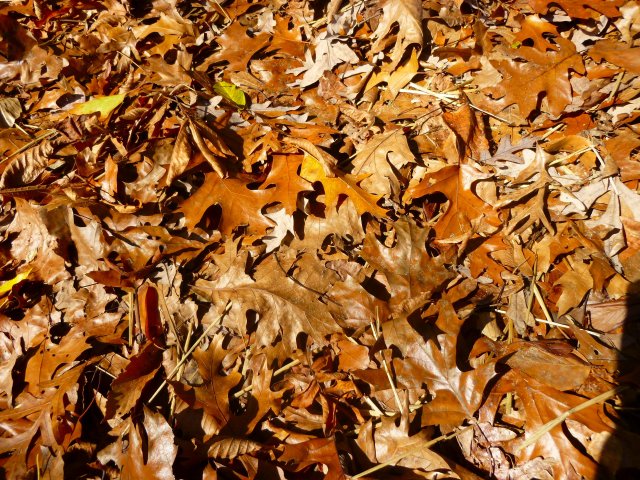 Also from the same RE Lee Park excursion.
December 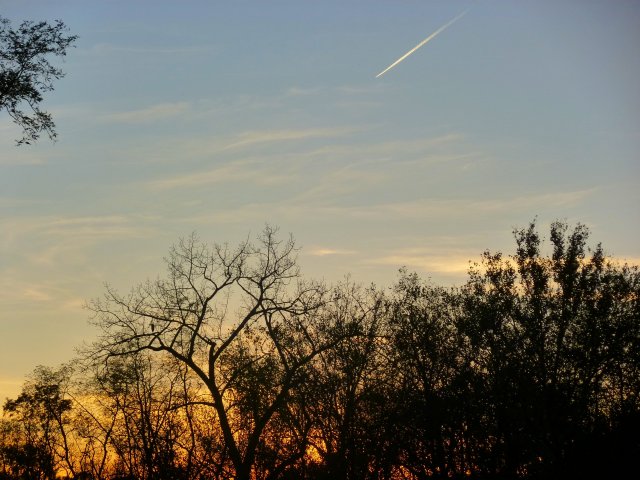 I got this shot in the last minute of sunlight before they closed the park.  I had other shots of the fading sun but when the jet flew by, I thought I’d try to get one with the contrail.  Upping the saturation really brought out the light through the trees.
And that’s it… another year in pictures.  Again, should you decide that you don’t have enough overpriced calendars in your house, ($16.19) these are available for sale through Qoop.  You can click the pic below, and I’ll also have a link up on the right side until the end of February.

Supplies Aren’t Limited in Any Way, so Take Your Time!  But Not Too Much Time or Else You Won’t Get Your Money’s Worth!!
OK, so maybe I wasn’t meant to write ad copy…
Posted by bluzdude at 12:40 PM

Wow, those are GORGEOUS pictures. It must be amazing where you live!

Thanks, Gia. Hard to believe, but all but one of these shots were taken in or around Baltimore. It's just that they don't put these locales on "The Wire" or "Homicide."

Great stuff, Bluz! You're quite talented: blogging, and photography.

Thanks Kernut, but look who's talking! Look at you, rolling around the country in your RV, taking pictures, making videos and writing about your adventures... I can't wait to see what you do with 2012. I hope it includes a trip out to the Mid-Atlantic coast! Happy New Year to you too, my friend.

haha! I happen to love the ad copy!
Your photography skills are most impressive. Honestly, I normally click right by posts with nature pics, but I loved this one, and thank goodness you put such details about where you were and what the picture was from. Love that. My fave though, the Pensicola pic. I just have a thing for Florida. Happy new year!

Sandra,
Well, I'm certainly glad you stopped by for this one! But like I always say, those beautiful things are already sitting there... I just show up and snap a picture.

Cher,
Thank you dear. Best wishes to you and Rich as well!

Beautiful! I particularly love May. The colors are gorgeous and those look like azaleas behind the tulips, which we have in abundance in the South. :)

Well, I have you to thank, Jess, with your photoshopping advice. It really helped make the colors jump.