The Legend of The Ratt-ler

This is a post that is going to serve twin purposes.  I like to multi-task that way.
First of all, remember my post from a couple weeks ago that featured the famed “bahjhonk” warmer/Christmas ornament, given to my dad from his friend The Lob? 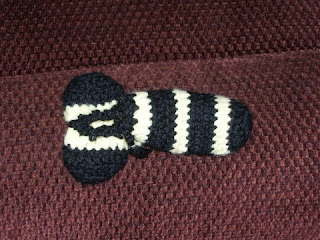 It reminded me of some of the goofy stories that my dad has about his buddy and their escapades together.  I vowed to myself that I’d tell some of them, but first I was going to need a refresher course.  Most of that shit happened so long ago that I’m fuzzy on the details.  I had one particular story in mind, but rather than ask Dad to go over it again, I’d rather surprise him when he sees the story here.  Then I realized that I had another alternative.
Here’s where the second purpose comes in.
Back in the early 90’s my mom got a couple of mysterious cassette tapes from her brother.  The note was cryptic, something along the lines of “Just put it in and press ‘play.’”
The tapes turned out to be recordings he transferred from reel-to-reel, of his and Mom’s family around the dining room table after dinner.  There always seemed to be a whole lot of people over for dinner whenever we visited… if it wasn’t the rest of the family, it was assorted friends and cronies.  My Grandpa, (the storyteller) would often get out his guitar and everyone would sing; usually standards or old Italian songs.  He also had a reel-to-reel tape recorder so sometimes they recorded their shenanigans.
My Uncle Joe had gotten his hands on some of these tapes and dubbed them off onto cassettes.  So while I was visiting my folks over one Christmas, I put on some headphones and listened to the tapes.
I swear it was like a sock in the gut.  It was a real-life time capsule.  Instantly I was transported to the days of my childhood, sitting around the table, guarding my ice cream (which Grandpa loved to steal by the spoonful) and listening to the music.  Just hearing my Grandpa’s voice again, after he’d passed about 15 years earlier, packed an emotional wallop.
And the songs… I recognized every one of them, even though they were in Italian.  At one point, I could hear little Bluztoddler asking for a sip of someone’s coffee.  And there was my Grandma, asking them to “sing a happy song.”
Not to long after that experience, Uncle Joe decided to interview his father’s remaining siblings, Aunt Stella and Uncle Ants.  (Last year I wrote about Uncle Ants’ storytelling in the post about my wedding day snafu.)  He asked them questions about their family, their upbringing and about their brother.  He was able to get some of Uncle’s best and most hilarious stories on tape.
With these two experiences fresh in my mind, I decided that I wanted to do the same thing with my parents.  I wanted to get their real, live voices on tape, discussing our family stories.  I knew that one day, far in the future, I’d want to be able to hear their voices again.  And at the time I figured it would be valuable to any future kids I might have, as well.
No dice on that angle, but one day I’m sure my nephews will appreciate it, especially the stories about their daddy.
So in March of 1992, we sat down to record our stories.  This was before I met Future-Ex… I believe they came to visit me in my apartment in Schenectady.  I remember hanging a hand-mic from the chandelier over my dining room table, so that it could pick us all up.  I had a list of questions and issues I wanted to discuss, and some favorite stories I wanted told.
One of those stories is the reason I’m bringing this whole thing up.  I wanted Dad to tell the famous story of the time he and The Lob took a train trip from Toledo to Worcester Mass.  The Lob hated to fly, so he would take the train whenever he could.
First, I was going to listen to the tape, just to brush up on the details.  But as I was listening, it dawned on me that I needn’t write the story at all.  I have that fancy-ass turntable/CD player/tape player thing that hooks up to my computer.  So why not pull off the Lob story and let Dad tell it to you himself?  Plus, I figured that it would take much less work for me to do the post than if I wrote the whole thing out.
Of course it didn’t quite work out that way.  By the time I found the clip on the cassette, recorded it to the PC, edited out the superfluous stuff and trimmed it for time, laid it into Movie Maker, added title cards and uploaded it, I could have written the story and been watching football for a half hour already.
But then that would have deprived you of all this deep meaning and insight.
Long story short, if you have loved ones that are still around, you should take every advantage you can with their presence and get some stuff on tape (or digital) whether it’s audio, video, or shadow puppets.  I guarantee that one day you will be glad you did.  I sure am.
Funny thing: perspective.  In 1992, Mom and Dad were only 4 years older than I am right now, with their 31-year old son interviewing them.  I don’t know whether to feel foolish that I thought they were old back then, or to feel very, very old right now.
And with that, I now present to you, The Legend of the Ratt-ler. (4:40 and completely safe for work.)
Posted by bluzdude at 1:47 PM