A Win Against Voter Suppression

Finally… some good news on this subject.  On Monday, a Baltimore jury found Robert Schurick, a gubernatorial candidate’s campaign manager, guilty of election fraud, for authorizing a series of misleading election night robocalls.
The Situation
In last year’s race for governor, incumbent Martin O’Malley (D) ran against the man he unseated four years prior, Robert Ehrlich (R).  Maryland is a true blue overwhelmingly Democratic state so for any Republican candidate to win statewide office, a perfect storm is needed.  Ehrlich was able to win his initial run for governor, I believe, due to the weakness of the Democratic candidate, former lieutenant governor Kathleen Kennedy-Townsend, who was seen as a rather “empty suit” and completely uninspiring speaker.
His bid for re-election was squashed by O’Malley, the energetic former Baltimore mayor, councilman and leader of an Irish rock band.  Polls had O’Malley picked by a landslide to win re-election, which he did. 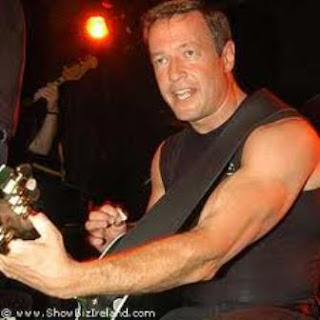 O’Malley, onstage with his band, O’Malley’s March.
What Happened
The only chance the Republicans had to win here was to severely suppress the voter turnout.  In fact, it came out during the trial that a campaign consultant developed a document called “The Schurick Doctrine,” which was designed to “promote confusion, emotionalism and frustration among African-American Democrats.”
These efforts came to the surface in the previous election, where the Ehrlich campaign bussed in homeless people from Philadelphia, hired to hand out misleading fliers that indicated that Baltimore’s black political leaders were backing the Republican ticket.
On this election night, far behind in the polls, Schurick approved a robocall targeted at Democrats in general and black Democrats in particular, telling them that the results were in and to stay home.  I received one of these calls at my house, so I can vouch for this.
The call said that O’Malley and President Barack Obama (who was not on the ballot) were “successful,” and that “our goals have been met.  The polls are correct and we took it back.  We’re OK.  Relax.  Everything’s fine.  The only thing left to do is to watch it on TV tonight.”
Because I voted first thing in the morning, I didn’t give it another thought, except to think, “geez, that’s a waste of time, calling people just to tell them to do nothing.”  I had no inkling that the call came from the Republicans.  There was no “authorized-by” tagline or any other accreditation.
The defense tried out several arguments.  They said that it was approved during the fog of the campaign and that Schurick didn’t realize what he was approving.  Not finding any traction there, they then said that they were attempting “reverse psychology,” and trying to impel voters to the polls.
That, of course, was a pretty tough sell, in that they only sent the calls to Democrats.  To account for that, the defense got the person that programmed the calls to testify that she meant to send the calls to Republicans too, but she “didn’t want to do the work and was lazy.”
The thing that amazes me is that they actually made these claims to the jury, with a straight face.  They’re just so ridiculous that it strains comprehension.  The jury apparently agreed because they only deliberated for 5 hours before coming back with a guilty verdict.  Republicans are preparing to appeal on the grounds of infringement upon their First Amendment rights.
My Analysis
I say it’s about freakin’ time that the authorities get serious with this stuff.  I mean, I know that dirty tricks go on all the time and the robocall seems to be the blunt instrument of choice.  Across the country there have been calls (usually targeting minorities) telling people to get out and vote on the wrong day, that they have to bring their voter registration card, home ownership documents, or photo IDs, or that their registration has expired.
Luckily Maryland has some pretty strict verbiage on the books, relating to election laws.  It says that you can’t “willingly and knowingly… influence or attempt to influence a voter’s decision whether to go to the polls to cast a vote through use of force, fraud, threat, menace, intimidation, bribery, reward or offer of reward.”
There is no way that this robocall didn’t rise to that level of illegality.  And it was such a pitiful, stupid gambit, which was a surprise to me.  The Republicans have been effectively maneuvering to suppress voter turnout among minorities and the young for the last couple years.  Of course, it’s under the guise of preventing “voter fraud,” which they claim is rampant.
They’ve spent the last 5 or so years busily “solving” this problem by passing laws that require various IDs and eliminating EZ-registration programs.  According to Justice Dept studies, the number of fraudulent votes cast because of these kinds of issues number in the hundreds, nationwide.
Contrast that to the thousands upon thousands of people targeted by fraudulent robocalls made by Republicans bent on keeping people that are likely to vote against them, from going to the polls.
Also you can throw in the institutionalized voter suppression found in states like Ohio, where the election officials are also high-ranking Republican party officials.  (As is the CEO of the Diebold, maker of the voting machine used there.)  They have the ability to ensure that the polling places in urban areas are woefully under-equipped, thus ensuring long lines and numerous walk-outs.  That’s exactly what happened in the last several Presidential elections.
The Republicans realize that if registered Democrats ever get off their collective asses and vote against the Republicans, and especially if Independents join in as well, they’ll never win another general election.  There are too many people that are not well served by their top-down economic positions or evangelical moralizing.  Their only recourse is to reduce the number of voters likely to vote against, which include minorities and our idealistic young.
Once again, the Republicans, posing as the paragons of American virtue and wholesome values, working feverishly behind the scenes to circumvent the very Constitution they claim to revere.
I want to see a stiff jail term here.  Imagine the chill that will send down the spines of these political hacks that are so cavalier with our Constitutional voting rights.  I want that message out there… If you engage in dirty tricks to keep people from voting, you can look forward to getting ass-fucked in prison for the next 3-5 years.
Yeah, I know they’ll actually end up in a cushy white-collar joint where their biggest complaint will be that the TVs aren’t in HD, but I can dream, can’t I?
Posted by bluzdude at 6:00 PM