Last week, for no apparent reason, I saw the hits via my StatCounter explode.  Well, there was actually a reason.  Somehow, I started getting all these hits referred from StumbleUpon.
Not knowing much about it or what it does, I asked Cher, renowned knower of such things from AskCherlock, what the deal was.  Cher explained that StumbleUpon is a service that sends you to random sites that fall within your proscribed interests.  Then when you see something you “like” you click a button and it records that site, to which others can then stumble onto.
Even better, the hits were all her fault, because she “liked” one of my posts.   She further said that I should join StumbleUpon myself and then I can “like” my posts as I write them, thus submitting them to the general Stumbling internet.
It sounded like a good idea to me, so as you may have noticed, there is now a StumbleUpon button on my right margin.  If you’re a Stumbler, feel free to give it a click now and then.
One thing I did learn is that Cher “liking” something carries a hell of a lot more juice than me “liking” something.  When I “liked” a post, it would get me maybe 2 or 3 hits.  Cher’s “like” got me a couple hundred.  (Which counts as “exploding” in my world.)   We may think alike but we don’t “like” alike.
Anyway, the only reason I bring any of this Stumbling crap up is that I’ve been able to Stumble onto some pretty funny stuff in the last week, some of which I’ve stolen I’d like to share with you here.
All of these things came from OMGhumor.com.  I must have gone through hundreds of pages and laughed my head off for an hour.  These were my favorites.
First of all, I found one to share with Bluz Sister.  Seems she’s a Twi-hard and had seen the most recent Twilight film on opening day.  She’s solidly on Team Edward.  I, being solidly on Team Harry Potter, think that’s an endless source of amusement.  So when I saw this, I had to email her immediately. 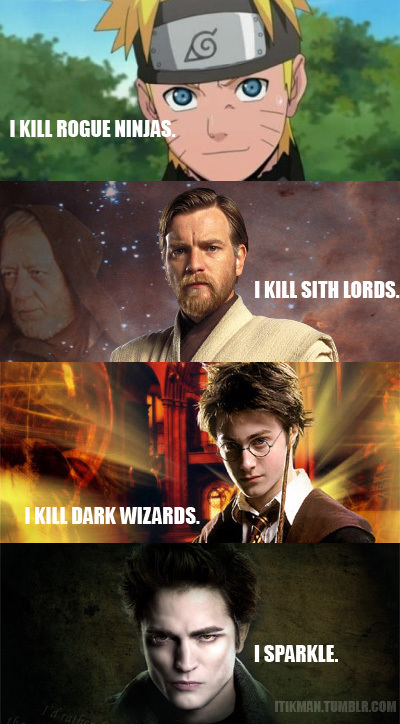 I have no idea what that first thing is all about.  Not sure I want to know, either.
The next one tickled me no end, because it’s not only brilliant, but it serves absolutely no purpose.  Also, it would have been much more effective in 1985. 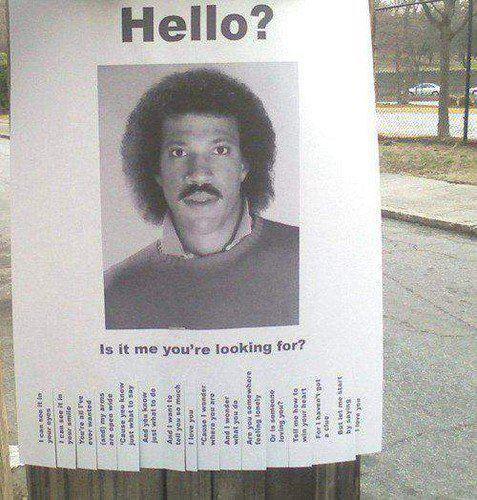 I love how all the chorus lyrics appear on the tear-away slips.  Such attention to detail.
The only flaw is that technically, they used the picture from the wrong album.  That’s the cover of Lionel Richie’s first solo album.  “Hello” was on his second.  But why quibble with such pointless brilliance.
The next two remind me of shit my dad would have done, if Smartphone technology had existed in the 1980s.  He would have totally done something like this if my sister mis-texted him as such: 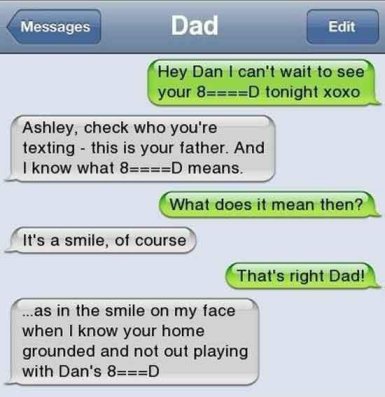 When emoticons go too far…
He also would have written something like this to me, if I every texted him such a dumbassed question.  The problem starts with the typical texting “auto-correct” error. (Although Dad probably would have responded this way for real.) 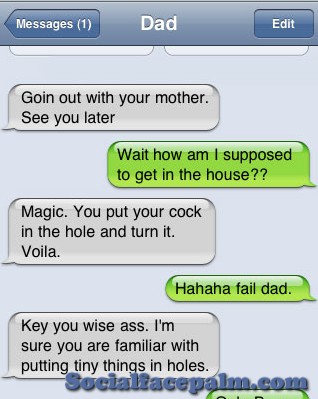 Stay tuned for more Stumbled gems, as I trip over them. 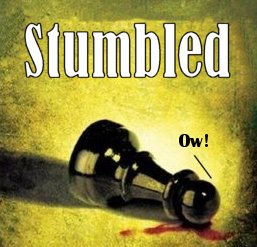