I read a disturbing article on the web this week, courtesy of the Boston Globe.  It seems there was a recent study about the effect that facts have on preformed opinions.  The results were not pretty:
“In a series of studies in 2005 and 2006, researchers at the University of Michigan found that when misinformed people, particularly political partisans, were exposed to corrected facts in news stories, they rarely changed their minds. In fact, they often became even more strongly set in their beliefs. Facts, they found, were not curing misinformation. Like an underpowered antibiotic, facts could actually make misinformation even stronger.”
Opposing, verifiable facts harden people’s beliefs in the opposing point of view.  Well, you know whom I blame for that… 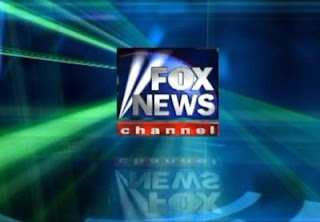 I blame Fox “News” and their brethren on AM talk radio.  When faced with opposing facts, the pundits on these outlets deny, discredit or misconstrue this information, or question the source as biased.  When that doesn’t work, they can always fall back on outlandish conspiracy theories.
The millions of people that consume this media are simply doing what they observe every day.  We are a nation whose motto seems to be “Monkey see, monkey do.”
Behold another quote from the article:
“The general idea is that it’s absolutely threatening to admit you’re wrong,” says political scientist Brendan Nyhan, the lead researcher on the Michigan study. The phenomenon — known as “backfire” — is “a natural defense mechanism to avoid that cognitive dissonance.”
That explains the famous Bush answer to the debate question, when he claimed he’s never done anything in office that he would consider a mistake.  And it also explains the fuss this week over Sarah Palin’s inadvertent wordsmithing, when on two separate occasions she used the word “refudiate”.  Obviously she was combining the words “repudiate” and “refute.”
But when confronted with the error, did she say, “Oops, that was a slip of the tongue.  My bad”?  Or for when she used it on Twitter, did she say, “Sorry, that was a typo.  I fired Bristol as my Social Media Director”?
Hell no.  She claimed the English language was ever-changing and upheld her right to create new words, pointing out that Shakespeare created words all the time.
Shakespeare.
What the fuck does this pinhead know about Shakespeare?  As far as she’s concerned, “Shakespeare” is something you do to scare off wolfs after your hunting plane crashes and you’re out of ammo.
She was obviously trying to use words that were out of her realm, mixed them up, and got busted for it.  And rather than cop to it, we get that she’s the second coming of Shakespeare.
I’ve got some Shakespeare to lay on Sarah Palin:  “Out damn’d twat!  Out, I say.”
Patriotic Hijacking
This morning I read an intriguing editorial piece decrying how patriotism has been commandeered by the radical right.
In what liberal rag did I find this nugget?  NY Times?  Huffington Post?  Salon?
No.  The Christian Science Monitor.  (I’m surprised they even let me in.)
This isn’t really news… it’s been going on since I can remember.  The Republicans have staked a claim on “patriotism” and all things “American” since at least the Reagan years.  Family values...  Religion...  National defense… Flag lapel pins... all of it co-opted by the right, as if they’re the only ones worthy of the ideals.
Of course, it’s only the IDEA of all those things that they actually cling to.  If you read the news, it seems it‘s the most outwardly religious and family-bosom-centric that get caught in the most salacious scandals, sex, financial and otherwise.  So it’s not like these platitudes are really sinking in; that’s just what is getting used to sway a malleable public into voting against their own self-interest.
What else can they use to get Middle America to vote for a party whose primary tenet is slashing taxes on the highest earners?  All they can to is appeal to the sappy emotions of people that don’t know any better.  And if they can’t do that, they can serve up the demons of gay marriages and black murderers and Mexican drug cartels living 20 to a house up the road.  Either way, they drive people to vote for them; people that will never EVER see the financial benefit of their precious vote.
As we’ve seen clearly during this decade, the rich and the company owners whose tax cuts took up 98% of the entire tax cut, did NOT plunge their savings back into jobs, production and construction.  They moved more jobs offshore and pocketed the obscene profits for themselves and their shareholders.
So Mr. and Mrs. Red-Stater may not be any better off financially, but at least those two dudes down the street can’t get married.  (And pay even MORE taxes than if they remained single.)
Anyway, the editorial piece decried the lack of civility in the political process, back when you could disagree with someone without being labeled as Anti-American Godless scum.  You should check out the link.
Yes, I’m fully aware of the irony of placing that statement at the end of a long demonizing rant.  I’m all for political civility.  And as soon as it seems like an actual possibility, I’m all in.  Until then, I’m sick of Democrats laying down and taking it from these hypocritical prigs.
OK, I’ve released the valve on my built up political pool of gushing venom.  Now it’s time to put the cap back on, re-tighten the valve and get back to the goofy shit for which I am known and tolerated.
Wet Dream
This song came over my MP-3 player this week and made me wonder if there was ever a video made for it.  If there wasn’t, I was going to do one so I could post it.  Luckily, it seems the artist made one himself.  That worked out well for me, because if I had to make one, it would have taken me several hours that I could have spent productively watching TV and drinking beer.
If you’re a 40-something, you may remember this from the early 80’s.  This is a song by comic Kip Addotta, and one I should have written myself.
Posted by bluzdude at 9:19 PM