Welcome to my first post of 2012 and the first one for which I’ve actually had to write new stuff since Christmas Eve.  But don’t kid yourself… this one will propped up by pictures too.
The Holidaze
If I did anything in the last two weeks except eat, drink, compute or watch TV, I must have missed it.  Major calorie input; zero calorie expenditure.  I feel like a walrus right now.  Time to dry out and eat better.  I thought I was going to be OK at work now, what with the holiday goodies season coming to an end, but dammit, there were cookies out on the table today.  Gah!  No escaping.  Such is the curse of diminishing will power.
So Christmas was nice.  My parents were up from Florida, staying with my brother, so I got to go over there and hang out with them and my nephews. 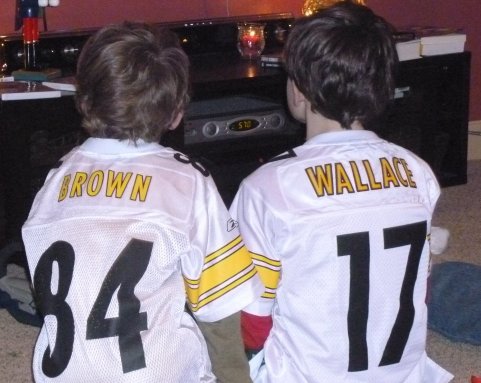 They’re a real couple of bookends, aren’t they?  Sammy (6) already had the Brown jersey.  Uncle Bluz gifted Daniel (13) with the Wallace.
I did pretty well for my Christmas loot.  Pinky and I opened presents in front of the TV fire. 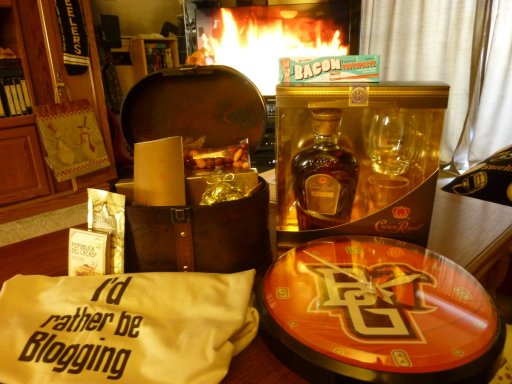 The clock is for Bowling Green, my alma mater.  The bottle is Crown Royal Reserve (which is gone now.)  The thing to the left is a hat box-like container of delectable chocolates (which is almost gone now.)
Aside from all that, I had occasion to order myself some new tee shirts.  I love tee shirts almost as much as I love hats.  One of the best things about my online blog travels is that I’ve come across so many small businesses that offer cool tee shirts.  For example, there’s this one from Compress Merch, that blends my love of hard rock and Pittsburgh football: 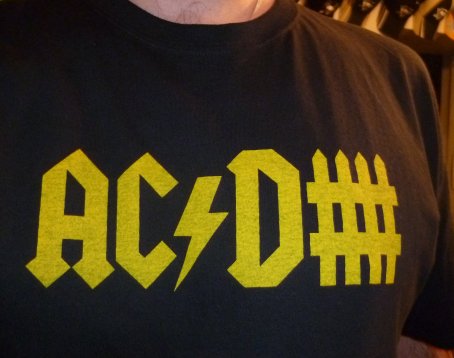 Then I got an email from Café Press listing a big sale, so being just about over all the seasonal Christmassy Jesus stuff, I went completely the other way. 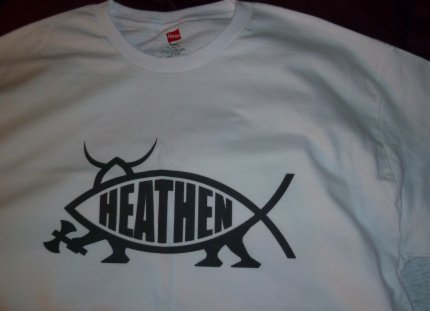 Only problem is that they sent me a boys XL instead of my requested Walrus-sized XL.  But that’ll be a fun one to wear to WalMart.  I don't know why it has a Viking helmet on it... I'll have to ask Cassie.
I don’t know why I bought this next one because I’ll probably never wear it outside… not because I don’t want people to see it; it’s that I don’t want to have to stand there and wait while they read it.  This is one of those that I’m content just to know that I own. 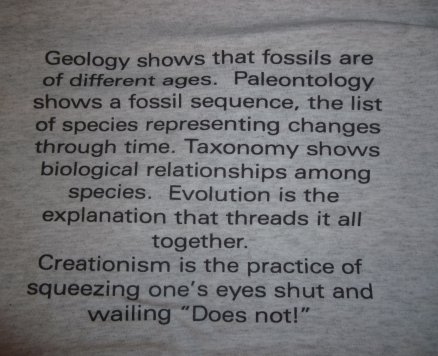 Lastly, I couldn’t make a stop at Café Press without trawling the Monty Python section.  I was not disappointed. 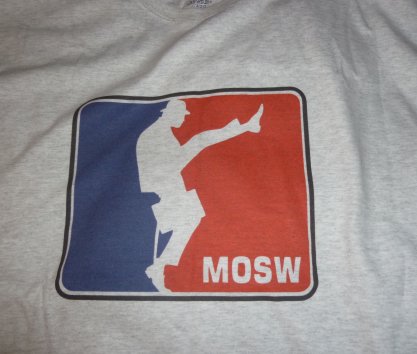 OK, enuff with the stuff!


Happy New… um… whatever it’s called
Pinky and I often spend New Year’s Eve at a nice hotel down on Baltimore’s Inner Harbor.  It’s the one extravagance we share because it’s nice to get all dressed up and go to a fancy hotel and eat a fancy dinner at a nice restaurant.  Last year we went to a new Hilton by Camden Yards, but felt we were too far away from the NYE festivities.
This year I chose the Marriott Renaissance, right on the Inner Harbor, smack-dab in the middle of things.  Pinky had to work that day and got home right around the time the Penguins finished losing to the New Jersey Devils.  I’d already packed my bag and gotten my suit out; I just needed to change out of my jammies and into my jeans.  We got right on the road and in no time, we were walking into our room.  I open up the closet door and that’s when the cursing started.
I forgot to bring my fucking suit.
Words cannot describe how pissed off I was at myself.  My suit was still at home, hanging on my closet door.  Of course, I wasn’t so pissed off that I wanted to un-park my car and drive back home to get it, but I was still pretty pissed.
So there was Pinky, looking all good in her nice dress and then there was me, a putz in jeans, sneakers and a long-sleeved pullover.  I suppose I could have worn my dress shoes anyway, but I wouldn’t be caught dead wearing jeans and black dress shoes.
Anyway, we still had quite a feast and the restaurant wasn’t really that dressy.  No harm done.  But I still felt like a dolt for forgetting something so obvious.
I didn’t pony up the really big bucks for a harbor-facing view, but I spent some intermediate bucks for a room to the side of the building, rather than the back.  That meant that at midnight, we could press our faces to the glass and look sideways, and still see the fireworks.  This year, they set them off from two different places, which was new.
One side was near the East Harbor, beside the Hard Rock Café and Barnes & Noble. 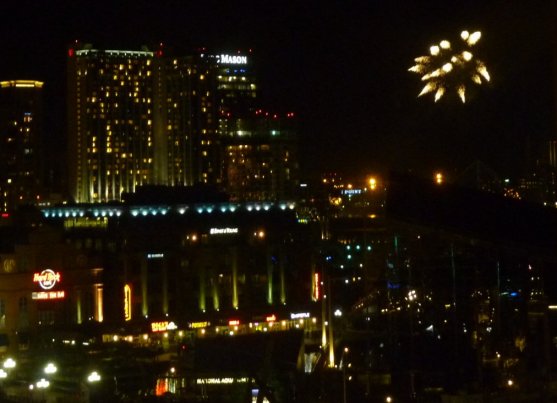 They also shot them off from a barge right in the middle of the harbor. 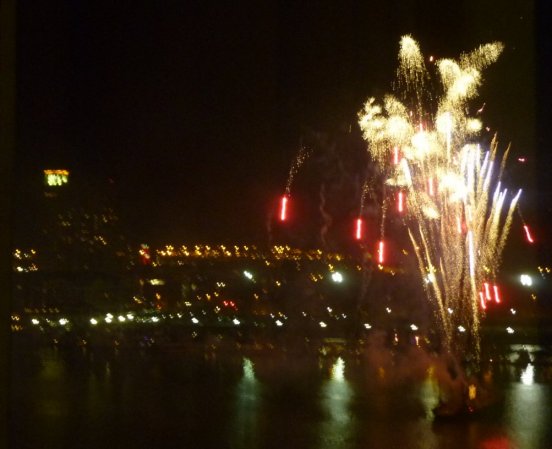 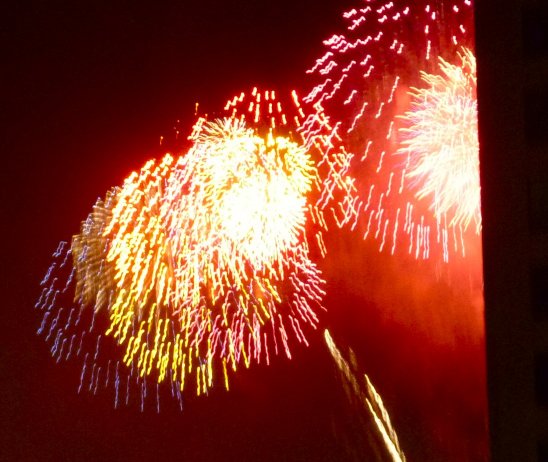 Here in the clear light of morning, you can see what I was dealing with. Not the Usual New Year’s Day Football Games
New Year’s Day fell on a Sunday this year, so that meant there would be NFL games on instead of the college bowls.  Both the Steelers and the Ravens were playing at the same time, so I’d have to go out to a sports bar if I wanted to see my Steelers.  That is not really a big deal.  I like going to my local bar for the game.  I always have a good time.
The problem was the starting time.  Both games started at 4:15.  Now if I tried to go in there at 4, the place would still be full of people watching their teams playing the 1:00 games.  Maybe they’d leave when the games were over and maybe they wouldn’t.  I figured the only way to make sure I was in my preferred seating area (at the bar) was to get there before the 1:00 games started and ride them out.  So that’s how it came to be that I was at the sports bar from 12:15 until 7:30 that night.  Boy, did I ever get a case of barstool-ass from that day.
But like I said, I always have fun there.  There’s an interesting group of regulars that I always see.  And since they found they can’t scare me away with their Ratbird bullshit, they seem to have accepted me.  On Sunday, I ended up sitting beside a young Jewish guy wearing a Jets jersey and a yarmulke.  Even though his game WAS on local TV, he wanted to be there to watch the other games that affected the Jets’ playoff hopes.
So I’m sitting there and the bartender, an older, British lady, comes over and asks if I can open a bottle of grenadine for her.  I gave it a try as best I could, but had to be careful because that’s the sort of thing that will give me a huge hive on my hand.  The Jets guy sees me not getting it and says, “Here, let me try this…”
He whips off his yarmulke and uses it like one of those rubber, gripping disks you use to open jars.  I cracked the hell up and said, “So THAT’S why you guys wear those things.”
All this time I thought there was a theological reason behind them but it seems to be the Jewish equivalent of a Swiss Army knife.  It’s certainly the handiest religious icon I’ve come across.  Oy!
A little later, as the regulars filled in, one of them wanted to get up a game of “Hillbilly Keno.”  You’ve seen the bar room Keno games, right?  There are 80 numbers on a video screen and a series of numbers pop up and you bet on numbers that you picked.  In this version, it’s played “off the books” and everyone picks one number.  You bet a buck a game and the object is to have your number be the only one that appears, from among the players.  So if no one’s numbers come up, the bet rides and the pot builds for the next game.  Same thing if more than one person’s number comes up.
Anyway, I was game, as were 6 others, so that occupied my time pretty well as I burned though all the cash I had on hand ($26).  I eventually won a round, but it was immediately after a big pot was won, so I only won $7, which I promptly burned though too.  I’m still not sure it wasn’t all just a plot to rob the Steeler fan of all his cash…
It was good timing for me that my dough ran out right around the time the Steelers game started.  I wanted to concentrate on the game anyhow.
So is it too late to foreswear gambling as a New Year’s resolution?
The Mojo Boogie
I wore the same Steelers polo shirt and hat that I wore for the prior 5 Steeler games I’ve watched at the bar, so I’m not going to run the picture yet again.  (I saw the Christmas Eve game at the bar too.)  But it must have been powerful mojo… my boys won all 6 games I saw wearing that shirt.  It was almost disappointing, because I hate to be seen wearing the same shit every time I’m there.  But you don’t want to break a mojo streak this late in the season.
It’s just another cross I have to bear, to ensure a successful season.
Posted by bluzdude at 8:50 PM