Education and the Abortion Debate

I’ve been avoiding posting on this topic for some time because of its highly divisive nature but I’m going to dive into it today.  I’m sure this is a sensitive issue to a lot of you here because so many of you have kids and families of your own.  I get that.
Since I first became politically aware, I’ve been a strong pro-choice advocate.  This does not mean that I hate babies.  On the contrary, I love babies, just as long as they are not pooping on me.  I’ve read so many bloggers lately that are either pregnant now or have just given birth recently.  I stand in awe of the love and dedication it takes to care for a baby, or a toddler, or a kid of any age.  Each comes with its own unique set of issues.  I don’t know how any of you do it without cracking up.
The thing that always gets me about the whole pro-choice/pro-life argument is that other people… those other than you or your mate… presume to want to tell you that upon accidentally becoming pregnant, that you would have to take on that responsibility by substituting their moral values in place of your own.  They’re saying “Hey, you had sex, now you must pay.  Because WE, (the stuffy, predominantly middle-aged white men of the US Congress), think that it’s a full-fledged person the very second those two cells intersect, that YOU must change your life forever by raising it.  OR you must change your own personal body forever by carrying this baby to term so that you can then give it away.  And this is because of OUR beliefs, not yours.
If I’m a woman, I’m telling every last one of them to go to hell, because in MY moral view, two cells intersecting is a science experiment, not a person, and I’ll thank the rest of the world to get out of my god-damned business. 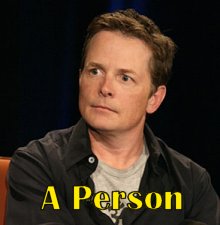 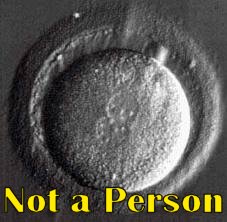