Because I’m having so much fun with my new toy, I’ve decided to drop another story about my primitive social skills as a bluzteen.  This go-round is set for the autumn after the Big Move from Columbus. 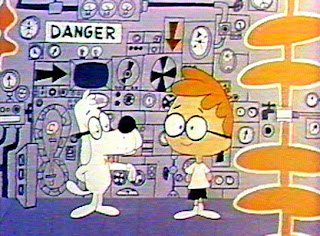 Sherman, now set the Wayback Machine for Whitehouse OH, 1976.
The Situation:
It was Sophomore year… another new town, another new school.  But unlike years prior, love found me before the first snow.  I’d decided to take advantage of this relocation as a way to start to change the way I was.  I wanted to be more outgoing and not so shy.  I wanted to speak up rather than blend into the background.  It started off OK.
Shortly after school started, I met a really nice looking blonde named Kathy, who became my first girlfriend.  That, alone, was an adventure in itself.  I thought she might like me so I sent word through an intermediary, who then reported back that she did like me.  I tracked her down immediately, and said something like, “Since I like you and you like me, want to go steady?”
No build-up, no sweet talk, just the facts.  Yeah, I know: 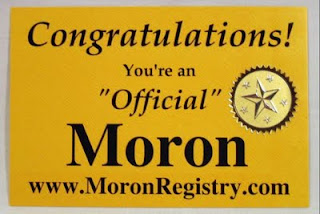 Surprisingly, she accepted and our 2-year romance provided me many lessons about how not to treat someone in a relationship.  I thank my lucky stars that she wasn’t experienced enough to notice.
Now with a chance to start fresh in a new school, here I am awarded an opportunity to play Lady’s Man.  Sadly, I hadn’t a clue how that was done.  I tried to be cool, but my biggest fear was that she’d figure out what a putz I was and bolt.  I was so determined to do nothing wrong, that I mostly did nothing, period.  We were boyfriend and girlfriend for over 3 months, without ever having kissed... not once, not so much as a peck.  Oh, we’d walk down the hall, holding hands, or with arms around each other, but at the end of the day, we’d walk out to the bus, and I’d be dying to sweep her into my arms and plant one on her.  But we’d just kind of look into each other’s eyes, say goodbye, and let our hands slowly part as we walked away to our respective buses.
I desperately wanted to kiss her, but the “moron” part of my brain kept telling me that she wouldn’t feel the same way.  I couldn’t accept that someone that fine was interested in me.
Eventually, after months of torment, (and I can look it up, I have it chronicled in painful detail in my 10th grade journal) I brought up the subject.  I basically asked for permission… hell, I did all but produce a graph and pie chart to back my case.  She was totally receptive, so in the back of my mind, I was telling myself, “Nice going, jagoff… you just wasted 3 months that you could have been sucking face with your hot girlfriend!”
Eventually, kissing became a regular event…hell, we practically OD’d on it.  It wasn’t long before we were holding feverish make out sessions, where I would spend hours kissing her, and plotting how I might “accidentally” brush the back of my hand across one of her boobs.  (Yes, I had “taking it slow” down to an art form)
Take 2:
No mystery, I just kiss her.  I find a moment, look into her eyes, and say something that a sophomore would eat up, like “You are just so beautiful, if I don’t kiss you now, I think I’ll explode.”  (Sophomores are so dramatic.)
Analysis:
There are probably no big life changing results here…just a little more confidence in a relationship, and a lot less stress from fussing about it.  We still wouldn’t have ever had sex…hell, she was a “good Catholic girl”, and I didn’t know what the hell I was doing.
It was a shame the way things went between Kathy and I.  I mean, I had no idea what a relationship meant, or what was expected of a boyfriend.  The only thing that kept us “together” was that she didn’t either.  I mean a whole summer would go by and I’d never call or visit, even though we only lived a few miles apart.  (I was far to shy to be that forward.)
This doesn’t really have a lot to do with my premise in conducting these past-bending endeavors, but Kathy was a really good girl and I should have done a lot better by her.
I broke up with her early in our senior year.  This was around the time I was bonding with my buddies with whom I would set up The Barn.  I’m sure I was influenced by their poon-hounding ways and decided that since no poon was forthcoming to this hound, I ought to hunt in another forest.  She was most decidedly NOT happy with me and I can’t blame her.
Funny thing is that I would have had no idea what to do.  I’m sure it would have been a disaster and I probably would have knocked her up.  So that worked out…
After high school, we almost got back together.  We went out a few times… made out a few times… I don’t remember why it didn’t “take.”  But we parted on good terms.
I saw her again at our 20th high school reunion.  She was an upright, square shouldered, clear-eyed Air National Guard officer, and still damned fine looking.   I told her that she’d been a “rough draft” experience for me, and that I learned a lot about what not to do in a relationship.  I told her I’d become a lot better man after we’d parted, and I was sorry that I couldn’t have done better by her.  At least that’s what I think I told her.
After all the beer that night, it’s hard to remember.  I might have just said “nice tits”.
Give It Away, Give It Away, Give It Away, Give It Away Now
If you’re in the mood to win something, a couple of blogs that are friendly to this site are holding contests.
At Superficial Gallery, they are giving away the Season 1 or 2 DVD box set to HBO’s “True Blood.”  Details on how to enter are here.
At Random Blogette, Jayme is giving away 250 business cards.  Details on how to enter are here.
Don’t ever say I never gave ya nothin’.
Posted by bluzdude at 7:58 PM

I am now determined to use the phrase "poon-hound" in conversation within the next 24 hours.

Bachelor Girl,
Geez, I should claim royalties... but then I didn't make that up. I guess the term never migrated to Shreveport.

Kathy got in contact me a month or so ago, via Facebook. She's had a heck of a life. She has 5 kids, I think, a passel of grandkids, a 30-year career in the Air National Guard, and after that, went to school at Michigan State and got herself a degree.

Obviously, she landed on her feet after getting over MY stupid ass. And she's still Fine.

I love that you were able to meet her 20 years later. I would love to see some of the boys that didn't work out 20 years down the road and see where and what they ended up as.

"poon-hound" I've never heard that one before, but I love it!

Did you think to give her your blog address, you old poon-hound?

My first boyfriend and I had basically the whole school behind us, cheering us toward our first hand-holding experience. At least, that's what it felt like. Of course, that was 6th grade, and the world revolved around us. ;)

This kind of time revisit makes me think of lots of things I did that are just so funny now! Thanks for sharing them w/us.

Jessica,
To me, that was my favorite part of my 20th reunion (10 years ago)… that and walking in with my 4 best buddies, the same way we walked out of high school together.

I didn’t go to my 30th. Not only was I committed elsewhere that weekend, I really wasn’t that interested. Once I saw what people were up to during the 20th, that was good enough for me.

Raven,
Maybe I need to collect a bunch of Midwestern phrases together, for the benefit of everyone else. But then, I don’t necessarily know what is not widespread. I thought everyone had heard "poon-hound" before. And then there is the terminology that we pretty much invented ourselves and use internally.

Don’t even get me started on Pittsburghisms…

Judie,
She can find if from my Facebook profile if she wants it, but I’m counting on her not seeing this post.

Cristy,
Yeah, it’s so hard to “operate” with a crowd of other kids watching. That’s what led to so much of my discomfort… being seen and judged by “the crowd.” At that age, I was so concerned with the perceptions of others. It took a long time to slough that off.

I am so tired right now, but not too tired to laugh out loud when I read your last line (the one before the giveaways, but you probably knew that). So thanks for that.

I started writing in a journal in the 9th grade. Not sure I still have the various tablets and also not sure I want to read what I wrote either.

Facie,
Glad you liked the "payoff" line. It's not like I can be all sensitive and shit for an ENTIRE post...

I picked up journaling from my mom. I've done it on and off since about 6th grade. Going back to read them is a real treat... in a cringing sort of way.

My favorites to read are from when I was in my 20's, living alone for the first time, in a strange city. I had a relationship that kept going back and forth, on and off, and it was a real emotional roller coaster.

In reading back on it, one minute I'd be making rosy plans for the future, the next I'd be ranting and raging; the handwriting getting larger and harder. (I was writing on legal pads.)

While it was excruciating at the time, it's pretty entertaining now.

"poon-hound"!! Greatest term to roll out of Toledo since Tecumseh disappeared.
When does an Air National Guard Woman have time to have 5ive kids?
There's not room in this family for two Officers.

Mary Ann,
Must have been some of that good old military discipline.