I started the story of “Whatsername” with the last post.  If you haven’t yet done so, read that one before continuing here, or else this won’t make much sense.

A month or so after The Letter, we had a big region-wide store-manager pow-wow in Columbus, (right near where I used to live).  That meant I’d actually have to see her.  I was a bundle of nerves the entire time.  The first night when we got there, it was a breeze.  I spent the time horsing around in the pool with the other guys.  But the next day when we had to assemble in the meeting room, it was another story.  I knew she was sitting somewhere behind me.  I kept trying to steal a glimpse but my buddy Al kept whispering in my ear, “Stop looking at her!”

Later, our DM took all of his managers out to dinner together so I was forced to be at the same table with her.  I could barely look at her.  I tried to make small talk with others at the table, but I could hardly put a sentence together.

Halfway through dinner, I felt a foot sliding up my leg.

I’m surprised no one saw my heart leap out of my mouth and into the bread dish.  I didn’t know what to do… yank my foot away and burn a death-ray stare through her chest, or return the illicit footsie.  I basically had the same choice as before… sit there feeling lonely and miserable or kick the tires and light the fires.

I got out the matches and kerosene, like I usually do.  We ended up at my old junior high, making out on the playground like crazed weasels.  And so we got together again.  It was the same story.  She missed how I made her feel.  The Slob belittled her constantly.  I told her she was trading up.

This time, we got in a little deeper.  Within a month or so, I had my stuff at her house.  We went on family shopping trips and out to movies and stuff.  She came out to my parents’ house in Baltimore for Christmas.  We even started looking at houses together.

Then she dumped me again.  Same shit… it seemed that she had this thing where whoever got to her last could change her mind.  She didn’t seem to have a mind or will of her own.  And it didn’t help that her mother didn’t like me.  I’m sure that was another chip in The Slob’s pot… he wasn’t some long-hair retail manager.  Still, it shouldn’t have been that easy for people to talk her out of me. 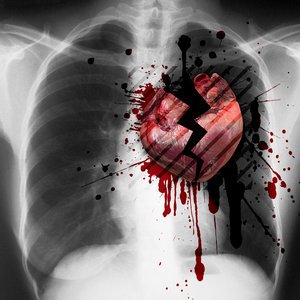 We went about on our usual post-breakup routine… I froze her out with silence or hostility; she strove for normalcy.  Believe me, by this time, I’m sure our co-workers were tired of this soap opera, but as far as I know, they were still on my side.  What the hell did I do, except try to do the right things for her and her son?

It took a good number of months for me to chill out to the point that I could start to deal with her.  One thing I learned from that experience is that there truly is a thin line between love and hate, and the opposite of love it NOT hate, it’s indifference.  And once you can be indifferent, you’ve won.

I heard from her again on my birthday of that year.  She no longer worked for the company so I didn’t have to deal with her any more, which definitely helped the healing process.  But she called to say she wanted to come over and give me a nice “birthday present.”  I was like, “Shit, OK.  Why not?”

But this time, I was not so emotionally involved.  Any illusions I had were long gone.  Again she brought up that it wouldn’t be so bad if she could continue to be with The Slob, but still come over and get her freak on with me once in a while.  This time, I went along.  She’d worn me down.  (Metaphorically, you pervs.)

“OK, you win.  Be with him, and call me when you want a roll in the hay.”  She walked away happy.  And never called me again.

Sometimes I think that all she was ever trying to do, by yo-yoing me all over the place, was to attempting to find a way to break up with me without her coming out of it as the ‘bad guy’ and having to face the wrath from me and the other managers.  It’s the only explanation I can come up with.  It was either that, or she was just a pinhead with no real will of her own.

OK, or maybe I wasn’t all I was cracked up to be either.

It’s funny when I look back at the journals I kept during those years.  (And I probably should have consulted them to confirm the timeline, but I’m claiming some writer’s license here.)  One day I’m writing along like we’re the happiest couple ever and everything’s coming up roses.  Then the bomb would drop and I’d just start raving, with my handwriting getting harder and messier as I went.  Then there would be a gap of a couple weeks between entries and suddenly it would be, “Well, we’re back together and I couldn’t be happier.  It’s really going to work this time…”

Let me tell you, I listened to a lot of Sam Kinison during those times.  Bad Sam always made me feel better.

For the longest time, I prized The Letter, and congratulated myself on the cleverness of carboning it into my journal.  Then one day a couple years ago, I had the chance to read it again.  And I was no longer very proud.

I really wish I had a little more class back then, and could have just accepted the deal and moved on.  It’s no great victory to kick someone when they’re struggling.  I don’t know what was really going on with her; I can only speculate.

I was so desperate then to be a grown up and have all the things I thought a grownup needed to have… wife, house, family, yard and all the rest.  During our last go-round when I was staying at her place, we discussed getting married.  It was February and I was waiting for my tax refund to put down on a ring.  She wanted one immediately and we had a big fight over that.  Can you imagine?  I was the asshole because I wanted to wait until I actually had some money before buying a ring.

I wish I could have had the strength to just stay away.  I could have survived that first breakup and went on relatively unscathed.  It was the next ones that tore me up and it was as much my fault for going back as it was hers for not realizing what she had.  It was at that point in my life when I instituted the One Strike/You’re Out Policy.  If a girl decides I’m out of the picture, I stay out.  Period.  She’ll never see my ass again.  I walk away for good.

She ended up marrying The Slob.  The last time I ever saw her, about a year after my “birthday visit,” she came in my store to buy a piece of music she told me she was going to use at their wedding.  Seeing her still made my gut hurt, but not like it used to… I told her, “I guess that means that there won’t be any more ‘special visits, huh?’”

OK, I didn’t really say that.  I didn’t say much at all.  I just steeled myself and watched her walk out the door.  That was 23 years ago and I never heard from her again. 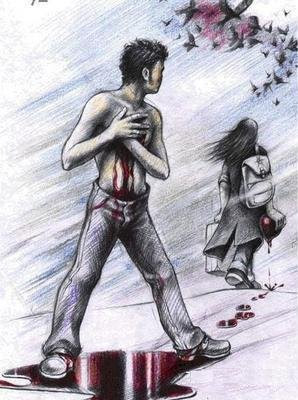 That is, until Monday night when she sent me a Facebook friend request…
Posted by bluzdude at 6:52 PM