A couple of news stories grabbed me last week.

Bacon: The WonderMeat!
Doctors at Detroit Medical Center treated a 4-year old girl’s life-threatening nasal hemorrhage by relying on the curative powers of bacon.  They used cured, salted pork as a kind of “nasal tampon” to stop the little girl’s nosebleed.

Just when I thought bacon couldn’t get any better, this new development is brought to light.  Apparently it used to be a common treatment for nosebleeds but modern medicine relegated it to the dustbin of history.

The article doesn’t specifically say whether the bacon was cooked or raw, but I gotta figure it was raw.  Might be a little too crackly if it were cooked first.  But I bet the girl cold have really freaked out her friends.

“Hey watch this!”  [Girl pulls giant shard of bacon from her nose and eats it.]

Eh, a little girl probably wouldn’t do that.  A little boy, on the other hand… I guarantee it.

I’m wondering if it helps bleeding ulcers too.  I’d be glad to volunteer for the research.

“Excuse me… I think it’s still bleeding.  You better give me some more bacon…” They could just treat me at the breakfast buffet at Embassy Suites and save on the hospital bill.

Garbage In – Garbage Out
I just love this one.  According to Live Science, “People who give in to racism and prejudice may simply be dumb, according to a new study.”        It further finds that “low-intelligence adults tend to gravitate toward socially conservative ideologies.”

While the article takes great pains to say that these are all averaged findings and that obviously there are intelligent conservatives and dumb liberals, it certainly explains the demographics for Fox News.  Remember those studies that showed that Fox News viewers were less informed about world events than those that didn’t watch news at all.   They were also less likely to accept scientific positions.

I can’t blame all of that on Fox though… the communities pushing un-scientific science classes aren’t helping either. 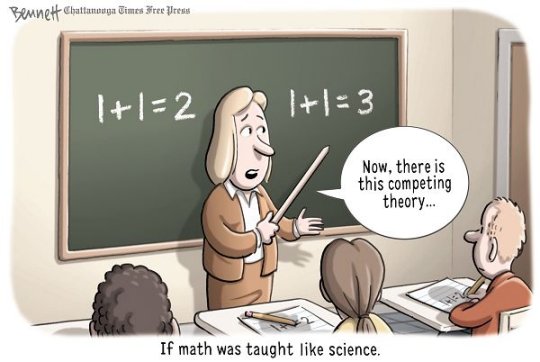 Driving Me Crazy
I’ve been saving this since September, but Allstate conducted a study and found that Baltimore and Washington DC ranked as the bottom two in a study to find the nation’s worst drivers.  (Baltimore was ranked 192; DC was 193.)

Among the findings, the study said that Baltimore drivers average 5 years between accidents, and they were 88.7% more likely to have an accident, compared to the national average.  I guess that makes me a pretty slick driver, with no accidents in the 14 years I’ve been here.

This study surprises me not at all.  I figured this out the very day I moved here in 1997.  Once I crossed the Delaware line into Maryland, the difference was palpable.  No signals, camping in the left lane, tailgating, refusing to let people merge… I was shocked.  I’d driven all over Ohio, Pennsylvania and New freakin’ York, and had NEVER seen so many incompetent drivers.  I had to ask people if they even HAD driver’s ed here.

Just this morning, on my 10-minute, 3-mile trip to the subway station, I saw 2 people roll right through stop signs, barely slowing down.  They’re also very good at pulling out right in front of you, then going 10 mph slower than you want to go.  On days that Pinky isn’t here, it’s a safe bet that the first spoken words out of my mouth will be profanity in the car.  (Usually it’s something along the lines of “Nice signal, fuckface!”)

I just thank my lucky stars that I don’t have to go through any tunnels here.  I hear from my fellow Pittsburghers that tunnels have a paralyzing effect on the drivers there.  Here, I think it’s bridges.  All in all, it’s enough to make me install a retractable, hood-mounted water cannon.  It’ll be Road Warrior – Beyond Baltimoredome.

Anyway, it’s nice to receive independent validation.  Thanks Allstate!  (But don’t tell my State Farm agent I said that.)

Deer Me
Hey, we saw some deer this weekend, right out our patio window!  They were just walking across the street, like they owned the place.  Lucky they didn’t get drilled by a car. 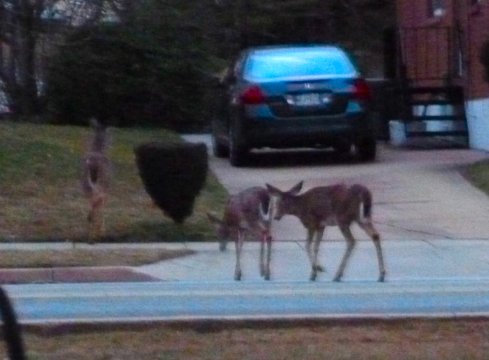 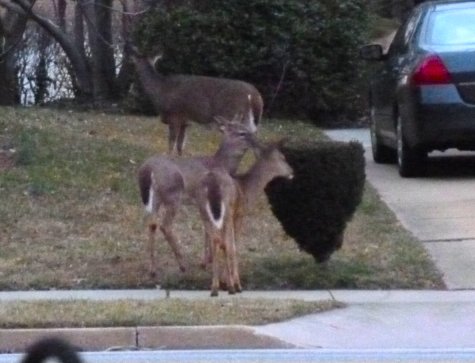 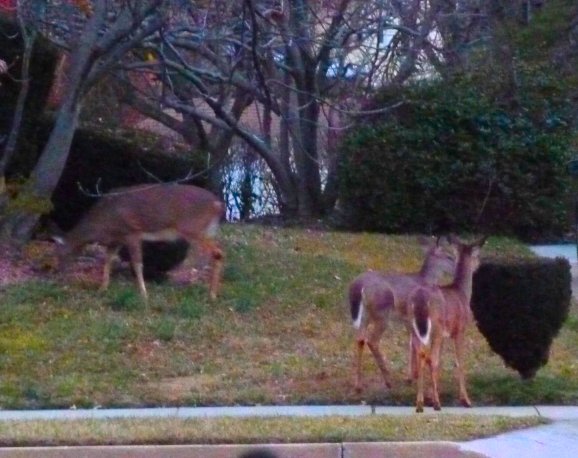 “OK, you two eat that bush; I’ll check out the grownups buffet.”

Icy You
And the weekend before, we had an ice storm.  I took these out on the same patio. 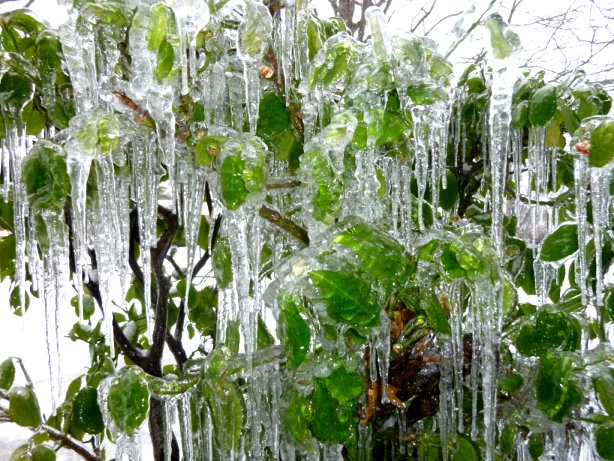 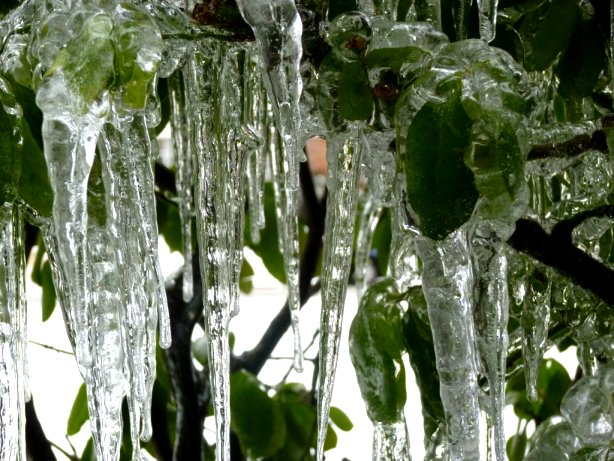 And now Icy you later…
Posted by bluzdude at 4:00 PM