Sitcom Kelly isn’t the only goofball friend I correspond with over email. My friend, Sassy, from the Great White North, is the manager of one of our branches in the Canadian Maritimes. She used to work at one of our call centers, which is where I first got to trade emails with her and learned that she is as clever, twisted and fun as all get out. We hit it off immediately.


Anyway, a couple months ago, she emailed me with an actual business question. That started another one of those amusing email threads.

Note: To understand the backstory, Sassy possesses an angelic singing voice and has not-so-secret desires to be a Supa-stah! She’s the Mary Katherine Gallagher of Canada. We’ve long had plans to write (me) and perform (her) in epic movie musicals, sweep the academy awards and spend our remaining lives signing autographs for the little people.


Excuse me sir... I now report to a new DM, blah blah blah work stuff blah blah. Would I be accurate?

Dear Sir,
Thank you for your immediate response, I feel it is in the branch's best interest to adhere to company policy that is why your confirmation was crucial. Thank you for informing me that blah blah more work stuff.

Dear Random Branch Manager,
I knew that you would be concerned about blah blah blah, because, you see, we here at (my department) do in fact know everything. (Including the fact that you are generally exceptional.)

Dear gentleman who knows everything,
*blush*... Exceptional is very generous of you, some days or most days I don't quite feel so exceptional...but merely an average player striving to be exceptional...perhaps this wasn't my calling, however I will make the most of it.

Dear Humble Branch Manager,
The Gentleman believes your calling to be musical theatre and traveling live revues, but branch management will have to do.

Dear Kind Sir,
I value you your solid opinion of my true calling, you at (your department) really do know everything. Alas, branch management will have to do...for now. I am not the only person in this conversation who has missed their calling, I believe your true calling is a writer...of many sorts...but I see your name all over Hollywood scripts.


Speaking of my true calling, we are going to NYC next month. We just got tickets to see American Idiot on Broadway, I feel it is time to expose my children to the finer things in life, especially the younger one...the apple didn't fall too far from the tree if you know what I mean.

Dear Perceptive Branch Flower,
Your words are too kind. And I am writing more in the last year than I have in my whole life. And people are actually reading, which is a pleasant change.


Your children will love NYC! I know I was blown away the first time I was there, and I was an actual grownup.


Please accept one bit of advice, from one that has been there and as previously stated, knows everything.


After the show, look for a side or back exit outside the theater. The cast usually comes out there before disappearing into the night, often just hailing a cab. It’s a good place for pics and autographs.


Back in the 90’s, we got to see Bebe Neuwirth (Lillith, from Cheers) who was in Damn Yankees and Cuban pop singer Jon Secada, who was in Grease. Plus all the other cast members that weren’t already famous.

Dear Inspiring Writer,
I am so happy that you have invested a lot of time into writing and you are being credited by your readers; this indeed is a pleasant change. Just remember if Hollywood comes knocking on your door, please advise them there is only one stipulation for you to write them a box office hit and that would be for you to choose the lead female role, I trust you know who that would be.


That is an excellent idea to exit stage left or right in order to catch a glimpse of the cast. This would not be the first time I've rubbed elbows with the stars, not only did I catch a glimpse but these people were standing right in front of me...Sally Fields, Minnie Driver, Joey Lauren Adams,  Hallie Kate Eisenberg (the cast of Beautiful). And I once almost took out Martin Short (wasn't paying attention to where I was walking). I've also seen Denzel Washinton in person & Helena Bonham Carter. I was a frequent visitor at the Toronto Film Festival.

Dear Starlet in the Making,
I think I lost my ability to function properly at the thought of meeting Joey Lauren Adams.


When I regain my senses, I will begin a script for Nim’s Island 2, in which you will star. Perhaps I’ll make it a “pre-quel” to take advantage of your youth, compared to that of Miss Foster. 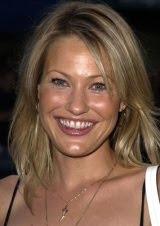 
I 101% understand your loss of ability to function after mentioning Joey Lauren Adams. I would like to take a moment to brag that she is absolutely beautiful in person as well. I can verify this seeing as she stood a mere foot in front of me...facing me. Awww...the memories.


As for replacing Miss Foster, though I'm fully aware that I'm bursting with dramatic talent, I could not follow in the steps of the great Miss Foster... no one can. I am in awe of her talent and who she is as human being... I would bear her children if I could. *puzzled look*...but you know what I mean.

Dear Aspiring Actress,
Perhaps I can find a way to work Ms Adams into Nim’s Island 2, so you can co-star. I’ve been in love with her admired her work ever since Chasing Amy. Then she was adorable memorable as the waitress in “Michael”. (“Wings? Far out!”)


I’m picturing scenes for the 2 of you that decorum would not permit me to describe, but suffice to say there may be “frolicking” involved.

Dear Upcoming and Prominent Writer,
As an individual who adheres to company policy on an ongoing basis, so would be the same standards to which I would adhere when acting out a script, if it requires frolicking with Ms Adams, I would be more than happy to oblige.

Dear Next Big Thing,
I think we may have a bona fide hit on our hands.


Have you ever seen two people blow so much smoke up each other’s butt in one email thread?


The Spill
Now that the Gulf oil spill has been capped and there are no longer any exciting pictures of oily pelicans and greasy beaches to put on TV, the media coverage of the BP’s ecological hazard is disappearing like the money in the bank accounts of the Louisiana shrimpers.


The lack of coverage is NOT to say that the effects on the people, beaches, wetlands and marine life have disappeared. One group trying to keep this issue in people’s minds and hearts is the West Florida Literary Federation. On their website, they have a page called The Spill, dedicated to essays, poetry and photographs on the oil spill and destruction of what once was the emerald gulf waters.


If this issue means something to you, please check out the site, where you can submit your own writings or just read what others have to say on the subject. My own lil Bluz Mother has been a part of this since the beginning and has one of her poems published there.


Any attention you can draw to The Spill will help keep this issue alive until the day (unfortunately too far in the future) when every last drop of that sludge is gone from the Gulf’s ecosystem. Thanks!
Posted by bluzdude at 8:17 PM

Email ThisBlogThis!Share to TwitterShare to FacebookShare to Pinterest
Labels: Goofy Shit, Odd Bits, Office Bluz, Things That Piss Me Off