Just in case you noticed a shock wave on Facebook last weekend, or a “disturbance in The Force,” Pinky and I split up. 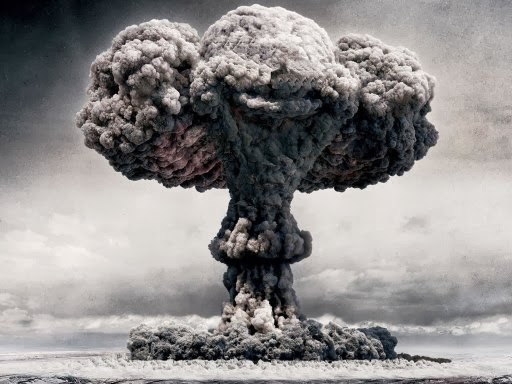 OK, it wasn't quite that dramatic, but it was still pretty rough.  I’m not one to air my dirty laundry in public, so I’m not going to go into the meat and potatoes of the situation, but since her presence has been a part of this blog since it started, I feel I owe an explanation.  Plus, I’m sure it will extend ripples into future posts.

This was a change that I initiated.  (And no, I’m not doing this for better blog material.)  She didn't do anything wrong, she’s not mean, cruel or obnoxious.  In fact, she has a huge heart and would do anything for anybody.  She’s taken care of me for seven long years, from the daily slog of shopping, cooking and cleaning, to the big-ticket items like advocating for me during my various hospital stays.  (Including making sure I went there in the first place…)  She doesn't think I appreciate all that, but I do.

So what was the problem?  Well, I just don’t feel like we connect the way we should.  I've hinted at some of the problems before, here, and here.  The way I see it, we’re like a couple of gear cogs that don’t quite mesh; in fact, we grind.  We don’t communicate well and any time we’re stuck together for more than 45 minutes, we inevitably end up squabbling.

It has to be a bad sign when I look forward to the nights when she’s at her place, far more than those when she’s here.  That’s not fair to either one of us.

In no way am I saying it is all her fault; it’s the way we are together, so I’m in for a minimum of half the blame.

This has been on my mind for some time, and I have been looking for the right moment.  It’s taken years and has been very elusive, but it finally came about.  I am making sure that she has every chance to be self-sufficient.  But we both have to walk our separate ways.

It’s been hard, and very sad, watching her packing up and saying her goodbyes.  It kills me to know that I’m the cause of her pain.  I’m much better at getting dumped.  In fact, I should write a “coping” book about it.  I hate being on this end.

As I read my friends’ blogs, I see the kind of relationships they have with their spouses.  I realize that it’s usually just the good stuff that gets written about, but I want the kind of close relationship that I see in others.

OK, I’m kidding.  But curse you all for being such a good example for me.

There was a time when I was terrified of ending up alone, but that’s no longer true, otherwise, I’d never be able to do this.  I've been alone for huge swaths of my life, so I know I can deal.  In fact, I got so used to it, I probably inoculated myself from ever cohabitating again.

So, wish us the best as we make our ways alone, for however long it takes to trick someone new into loving us.  But you’ll have to send your wishes another way, because I’m not opening this post for comments.  I've already said more than enough, publicly, about a very personal topic.

You probably have my email address already, so you can write me directly.  (It’s on the Helpful Stuff to Know page, if you don’t.)  I’ll tell you whatever else I can, in private.  (Or just let you call me an asshole.)
Posted by bluzdude at 6:35 PM