Go Do That Hulu That You Do So Well

I was emailing with Sitcom Kelly again today, which is always good for an entertaining post.
First, she sent me this notice yesterday, with the following message: 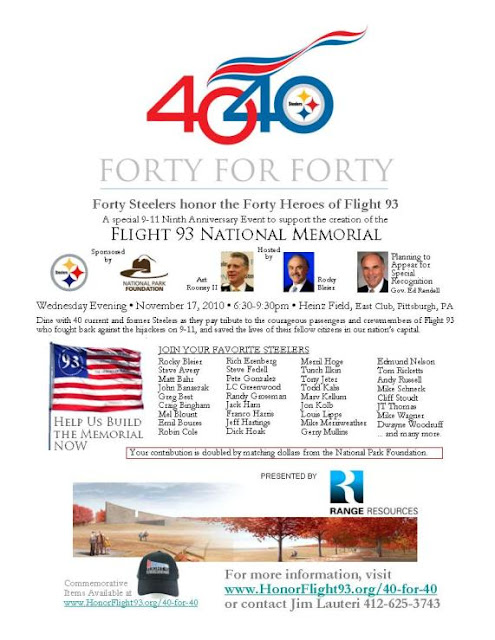 SK: OMG!!!  Check out the list of players that will be attending - the 3rd player listed...  OMG!!  OMG!!!
Lest you forget, Sitcom Kelly is my friend that wants to dig a Silence of the Lambs Pit in her basement for the express purpose of holding Penguins defenseman and heart-throb Kris Letang.  But when she was just a wee Sitcom Girl growing up in Johnstown PA, her heart belonged to another: Pittsburgh Steelers kicker Matt Bahr.
She had even gone so far as to make an elaborate sign, by hand, expressing her love for him, just in case she ever got to go to a game.  I assume it contained lots of hearts and glitter.
So Matt Bahr was the player to whom she referred in her opening line.
Bluz: It could be the Perfect Storm for you… everyone will be swarming the actual “star” players like Rocky and Franco and Jack Ham and you’ll have Matty all to yourself.
SK: Maybe I can request he deliver the ticket in person... to my house.
Bluz: Now, would you give him his own Pit, or would he have to share?
SK: Hmmm... I guess that'll be up to them...  On second thought, he'll get his own.  I don't want them getting into any shenanigans down there.
Bluz: You’ll have to get a bigger ziti pan.
Then today, I had to tell her about the Pens game being broadcast tonight.
Bluz: By the way, the Penguins are on the NHL Network tonight at 7:00, so you can see the game.  And I still love the idea of the dueling Pits.
You know, at the end of the series, how funny would it be to have a pull-away shot that reveals hundreds of Pits in what turns out to be a huge basement… the same effect as in the end of Raiders of the Lost Ark… that giant warehouse where they stow the Ark.
SK: I have my class tonight.  I’ll probably miss the game.  Oh, that reminds me – I need to DVR Wednesday shows.  (Modern Family and Cougartown)
Yeah – competition.  Both Matt Bahr and Kris Letang out-doing one another to win my affections…  “Kelly, you make ze beeeest ziti…”    “Kelly, your hair is so shiney…”  Kelly, you sound like, um… and angel when you sing!”
Bluz: I love that angle.
How about this scene:
SK: Kris, you’ve been out of your Pit again.
KL: No, I’ve been right ‘ere all da time.
SK: Don’t lie to me, Kristopher.  I know you’ve been fighting with Matty again.  You know what happens when you’re a bad boy.
KL:  OK, OK, I was out.  I won’t do it again.  But ‘ow did you know?
(Cut to a shot of Matt Bahr in his Pit, with his shirt pulled up over his head.)
SK: OMG, I can’t stop laughing.  I love that he can get out of the pit to fight with Matt, but doesn’t escape from the house.
Bluz: Exactly!  Becomes a kind of symbiotic relationship.
I also like that we’re working in a little “Misery” along with “The Lambs.”
SK: This will never get old…  I love the shirt pulled over his head.
Bluz: Me too!  Remember, that’s one of our “things” from the sitcom… SK dates a guy that plays hockey just so that he can win bar fights on her behalf.  And the aftermath is always the same… a bunch of dudes on the floor with their shirts pulled over their heads.
By the way, ABC is running the CMA Awards tonight, so your shows aren’t on.
SK: I’ll have to zulu them…  I love zulu…
Do you have HBO?  Have you seen the show Boardwalk Empire?   I’ll have to see if they show that on Zulu.  Looks good.
Bluz: You mean “Hulu”, right?
SK: Oh yeah… Hulu
Bluz: Sounds like another episode…
“I kept trying to watch Modern Family online but I couldn’t hook up with Zulu.com.”
SK: I wonder what you get when you type in zulu.com – some porn site?  Or a website for a cult or something?
Bluz: Africanized versions of American TV shows?
SK: Ha ha.
Bluz: Or the guy from the original Star Trek acts all the parts… Sulu.com.
SK: Or that old British singer sings all the parts… Lulu.com.
Bluz: All the parts are played by cows, on Mulu.com.  (And don’t even get me started on Pulu.com…)
SK: And the pediatric nurses tell the story in baby talk.  (Dulu.com)  - it’s actually doula (baby nurses).
Bluz: I can excuse the massive “reach” there, because I think I used up the last 2 good ones.
But since we’re reaching, the Steelers All Pro safety performs sitcoms in Samoan, on Polama-hulu.com.
SK: Well… OK.
Bluz: No! Don’t give up!  English people read the lines while on the toilet… huloo.com.
SK: Yodelers play out the part – Yulu.com.
Bluz: Israeli sitcoms performed on Jewlu.com.
SK: Church-goers perform on Pewlu.com.
Bluz: Porn reruns on Screwlu.com.
SK: Animal interpretations on Zoolu.com.
Bluz: You can feature your kitties on Mewlu.com.
SK: Ballerinas act out ‘best of’ episodes on Tutulu.com.
Bluz: A former Penguins hockey player shows all his highlights on JarkkoRuutulu.com
SK: Very good…
Bluz: I’m thinking of a combination using Ruutu, Bishop Desmond Tutu and hockey player Jonathan Cheechoo, possibly while stepping in doo-doo and getting a boo-boo, causing bad juju, but I’m afraid my head might explode.
SK: I think my head done already exploded.
Bluz: OK, the last three guys get together with former Steelers running back Chris Fuamatu Ma’afala (aka “Fu”) and we get:
Bad boo-boo juju from doo-doo on RuutuTutuCheechooFulu.com.  Thank yu.
The curtain now falls on this bit…
Bluz and Sitcom Kelly take their bows.
SK: And that’s the end… Ttttthaaaaat’s all folks…
Bluz: I am totally cracking myself up by trying to say “RuutuTutuCheechooFulu”.  Once you get going on all those Tu’s, it’s hard to stop.  I lose count.
OK, what the hell did YOU accomplish today?
Posted by bluzdude at 6:40 PM

We were in high school, though! You two are grown adults.

Some things never get old, even if we do.

At one of my old jobs, there was a guy there named Gagne. (pronounced gag-nee) We used to hope his daughter would marry someone named Witherspoon.

Oh my god, you two make me dizzy! You make me laugh, but I'm suddenly seeing crossed eyed!

Sandra,
Wait... because of what it says, or the red/blue lines?

When I look at the single red/blue lines, the screen suddenly seems all wavy, like those old 3-D pictures from the 90s, where you focus on a spot past the surface and the picture comes alive.

Please tell me I'm not the only one that see's this! If so, I'm going to have to start drinking earlier...

You know, part of me is upset that I'm not a part of the sk/bluz emails. Like, I would love to just watch it all unfold.
OMG, could you imagine her splitting the kris dna and the matt dna and having a half matt half kris + all SK baby? HOLY CRAP that would be awesome.

Miley,
OK, now you're just trying to get a writing credit on the sitcom.

No, I just have no life. That actually didn't even occur to me.
Now that you mention it...
Nah, I could have my own sitcom. It's about chicks who are attacked by parking lots, encounter men with cadbury egg sized penises and who have totally sexy tumors.

You're right. That IS a show of its own.

Cadbury egg sized? Does that mean it's short, wide and dark?

You and Sitcom Kelly don't just need a sitcom, you also need a radio show!

Mrs Bachelor Girl,
You’re right. I should look into doing a podcast with her, preferably from a bar somewhere.

I wouldn’t hold your breath though. She won’t do it for the same reason she never comments here… she’s afraid she’d say something insufficiently “Sitcom Kellyish”, and diminish her online reputation.

And I know what you’re thinking…yes, there really is a Sitcom Kelly. She’s not just some figment of my fevered imagination. Stilladog has met her IRL.

But wouldn’t it be cool if she was, like in the Stephen King movie, Secret Window, with Johnny Depp where he’s a writer being threatened by some guy that claims that he really wrote Depp’s stories? And then it turns out that it’s all really Depp that’s been doing the terrorizing…

Believe me, if there was a Pit in MY basement, it wouldn’t have some hockey player in it… Let me put it this way… 30 Rock would have to halt production immediately.

I had to pronounce it aloud several times. Very funny stuff here!