In descending order of importance, today…
SOTUS to Votus on the POTUS nom for SCOTUS
Here comes the next big DC kerfuffle; the nomination of and subsequent Senate approval of the next Supreme Court Justice.
I could probably just coast on everything I wrote about the Sotomayor hearing last July.  Other than the Latina angle, it’s the same conflict coming down the pike.  One liberal is going out and should be replaced with a fresh liberal coming in.  Why do the Republicans think we voted this guy in, if not to change or at least maintain the balance on the Court?
Laws, budget priorities, executive directives and other gimmicks come and go, but the Supreme Court goes on and on.
But it won’t matter who is nominated; he or she will be painted as an activist judge that’s out of touch with the American People and is bent on rewriting Socialism into the Constitution.
I propose this: the Democrats should give the Republicans just as much influence as they got with Alito and Roberts.  Remember how the Democrats asked for a centrist that everyone could agree on?  What did they get for their troubles?  A couple of corporate shills that have gone on to vote for the powerful over the regular schmo every single fucking time.
I say, put up someone that will ensure reproductive rights all the time, and at least once in a while, find in favor of the middle class over the interests of big business.  And by “middle class”, I mean actual citizens, not companies like Exxon or Pfizer, who have been given the same free speech rights by the activist judges currently residing on the Court.
Oh wait, they’re only “activist judges” when their “activities” benefit regular people.
Obama should fix’em good and present the following nomination for the Supreme Court: 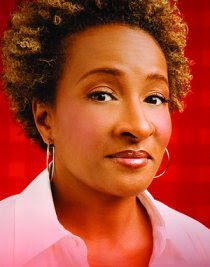 Now that’s a hearing I’d tune in for.  And then after she’d scared the living shit out of everyone, the President could nominate who he really wants, who would look like William F. Buckley in comparison.
Passing the Asshat
Remember in Eddie Murphy’s first concert movie, “Delerious”, when he talks about how his father, Vernon, would get drunk at a cookout, claim the house and tell everyone that he could do whatever he wanted in his house?
“It’s my house, god dammit!”
I think the Rooney’s had their “Vernon Moment” this weekend, when they sent Santonio “The Asshat” Holmes packing to the Jets in exchange for a 5th round draft choice.  (That’s the trade-equivalent of a bag of footballs.)
As much as I hate to see a talent like his leave the team, I don’t have a problem with this action.  Holmes is a repeat offender that seems more concerned with maintaining a punk-ass gansta image than a prolonged NFL career.  Have you seen the guy’s illiterate Tweets?  These things are totally cringe-worthy, even by Twitter standards.  Even (notorious 1980’s gansta poon-hound from “2 Live Crew”) Luther Campbell must be thinking, “Maybe you should back it down a little, ‘Tone.” 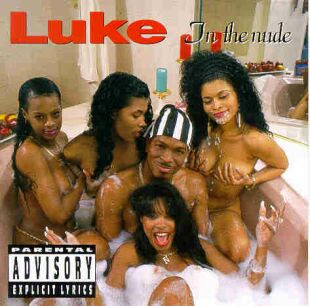 As an Ohio State fan, I’m embarrassed that the guy was a Buckeye.  His stuff was so bad, Ginny at That’s Church is using his tweets as the basis for beat poetry.  (click link above.)
Anyone that had life by the balls like he did has to be a complete moron not to realize that that shit doesn’t fly.  The NFL giveth and the NFL can taketh away.  If he’s not careful, the only “waking and baking” he’s going to be doing is getting up early to work at Dunkin’ Donuts.
As for Big Ben, it looks like he’s off the hook with the law, but not so much with his chosen profession.  The way it looks now, if the league doesn’t suspend him for a couple games, the Steelers will.  Again, the Rooneys have had enough.  How many times will the team and the city have to pay for his inclination to think with his dick?
I’m sure there is a scenario where he was perfectly blameless in this Georgia escapade, but frankly, I doubt it… not after hearing some of the details from the DA down there.
Roethlisberger ought to thank his lucky stars that there was no proof of wrongdoing and if he has any sense left in that thick, reconstructed skull, he’ll take this as a real come-to-Jesus moment and straighten up.
He should get in shape, reintegrate into the team, take extra practices and work with the receivers and the other QBs.  If he goes out at all, he should be humble and pleasant to fans that dare approach him.  He should stop with that “I’m entitled” attitude that is the root of so much of this trouble.  Is it really so hard not to act like an asshole in public?
I know The Unwashed Masses can be a big pain in the ass and infringe on a star’s enjoyment, but you know, that’s why you have that big mansion with the gates.  If you can’t handle the attention, stay the fuck home.
Funny how you never hear about hockey players out there big-timing it like that.
Previously on “24”
(Beware, spoilers follow, if you haven’t seen yet.)
Sometimes it really sucks following those like 24 and last night was one of those times.  Just when you think things are going well… Chloe gets promoted… Jack finally gets a moment’s peace and gets to do some belly rubbin’ with yummy FBI Agent Renee Walker. 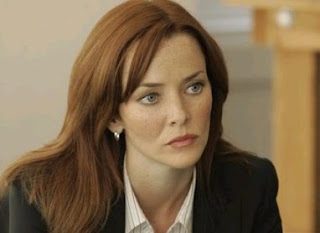 All looks good, but deep down, you know that there are still like 6 more episodes to come, so something else has to happen.  Then… BAM.  Sniper fire.  Agent Freckles is down, wearing nothing but a bed sheet.
You would think having sex with Jack Bauer would make a girl bulletproof.
So I’m bummed.  No more looking into the haunted eyes of our Agent Walker. 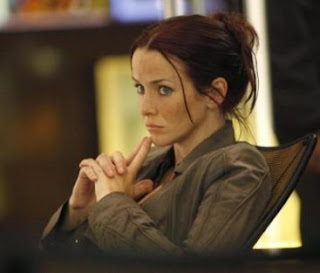 She’s been my favorite part about the last 2 seasons.  I know it’s stupid to get upset about a freakin’ TV show.  I know that right afterwards, someone goes, “Cut!” and everyone gets up and grabs some coffee and a donut.  But why let reality encroach on the story?  When you follow a story over time, you can’t help but get drawn in.  While the show is rolling, you start to see these characters as real people.  What’s the point of watching a drama if you don’t suspend disbelief?
The skeptic can come out after the credits roll.  So back to the story.
Poor Jack just does not have any luck with the ladies.  First wife?  Killed.  Next girlfriend, Audrey Raines, daughter of the Secretary of Defense?  First she leaves him because he dared to save the day.  Then she’s back, then she’s left as a vegetable and Daddy sends him away.  Now on the verge of retirement, Jack had finally found that skeletal female that’s just as hardcore as he is and “bang.”  Gone.
Sigh.
Jack’s probably thinking that Shakespeare’s “Romeo” got off easy.  It’s not too big a prediction to say that someone is going to pay dearly for this transgression.  I mean what would you do if you had this taken away from you? 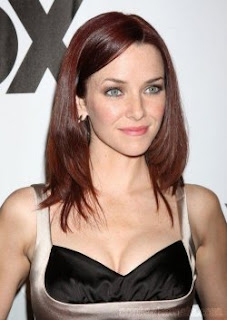 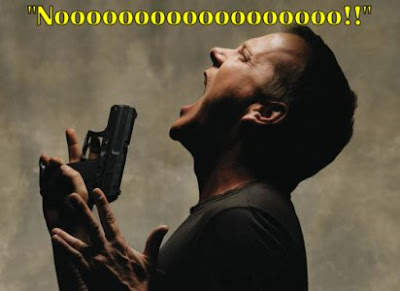