Like I intimated in my previous post, I used to have a running battle with my mom regarding breakfast food.

Mom always insisted that we eat things that were, get this: “Good for us.”

We were forced to eat stacks of pancakes and waffles, oatmeal, eggs, omelets… We had to snack on fruit, not Froot Loops… It was child abuse!  If we got cereal at all, it had to be something “nutritious”, like Wheaties or Cheerios.  From what I could tell, the word “nutritious” was just a synonym for “tastes like ass.”

As kids who only get to watch what we want on TV during Saturday morning cartoons, we were subjected to about a jillion hours worth of commercials for exotic sugary cereals.  And then to never be allowed any?  That’s a crime against childhood.

And it wasn’t just breakfast… no chips, little candy, no pop, no grapes and no head lettuce.  I know the latter two don’t really go with the sugary set, but we couldn’t have them because mom was supporting the migrant worker strike in the 60’s.

“Like I care about migrant workers, Mom, I’m six!  I want some grapes.”

You might think my childhood was just one long culinary nightmare, but we had an ace in the hole… Grandma!  (My maternal grandma, which made for such delicious irony.)

Grandma always had Pop Tarts and the good cereals.  In fact, she usually had that Kellog’s Snack Pack… you know, the deal with like 8 different little boxes of cereal, like Alpha Bits, Sugar Smacks, Sugar Pops, Froot Loops and my favorite, Sugar Frosted Flakes.  Whoever got up first got first pick, so there was often a race to get downstairs and claim our sweet prize.

Grandma also kept candy in the house.  The only down side to that was it was kept in one of those china candy jars with the lid.  Do you know how hard it was to get the lid on and off without making that “ting” sound?  My brother and I would be working that thing like Indiana Jones with that gold idol in the cave. 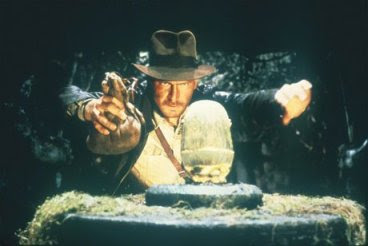 But regardless of our attempts at subtlety, there would always be a “ting”, followed by “HEY, GET OUT OF THAT CANDY JAR!  YOU’LL SPOIL YOUR DINNER!”

In all my years, I’ve never once spoiled my dinner.  (Dinner was just too good.)

But what I really wanted was Pop Tarts.  The Pop Tart Wars lasted until well into my teens.  I’d come down before school and Mom would say, “What would you like for breakfast, honey?  Pancakes?”

“Do we have any Pop Tarts?”

“You know damn well we don’t have any Pop Tarts.  You’re getting pancakes.”

I knew we didn’t have Pop Tarts, but I felt I needed to make the point.  Although I wasn’t so idealistic that I would inhale a stack of pancakes, either.  A dude’s gotta eat…

So cut to about 10 years later.  I’m living on my own in Cleveland, a long way from home for the first time.  Some time during my first year out there, Mom came to visit for a couple days.  I was managing a record store, so it wasn’t like I could just stay home and entertain for the whole time.  So Mom would be rambling around my little apartment while I was gone.

Before she arrived, I had a grand idea… I knew she probably worried about what her baby was eating now that he was fending for himself.  It was a perfect opportunity for some payback.  So I decided I would go out and buy a shitload of Pop Tarts and leave them hidden all over the apartment.  I’d put them on the CD rack, between books on the bookshelves, between the sofa cushions, in the bathroom cabinet… Everywhere she went, she’d find evidence of my sugary rebellion.  It would be hilarious.

Yeah, it was a great idea, right up until I paid attention to how much a box of Pop Tarts cost, and how many boxes I’d need.  Yeesh… Hey, I worked retail; I wasn’t making jack.

Gah!  Maybe Mom knew what she was doing after all.  She loved the idea though.  And now, all these years later, I wish I had just done it.

If nothing else, it would have made a much better story.
Posted by bluzdude at 11:05 PM