Solid blues guy "Still a Dog" at Steel City Slant did yours truly a solid by referencing the previous post about meeting up with blues guitar legend Albert Collins.  When I saw Albert, he had a female guitarist named Debbie Davies playing with him in his band.

Still a Dog has his own story about meeting her at a place in Cumberland MD.  You should check it out.

But now that I'm thinking of it, I thought I'd post some shots from the 2nd time I saw Albert, at Peabody's Down Under in 1989.  Again, I got right up close to the stage, which allowed me to get some great pictures. 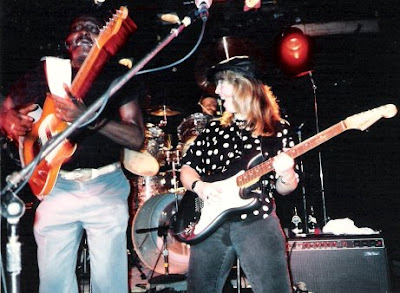 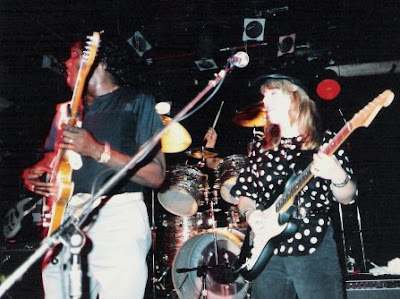 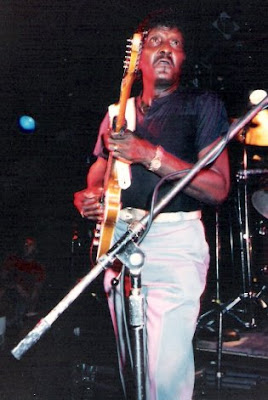 Albert Collins: Master of the Telecaster. 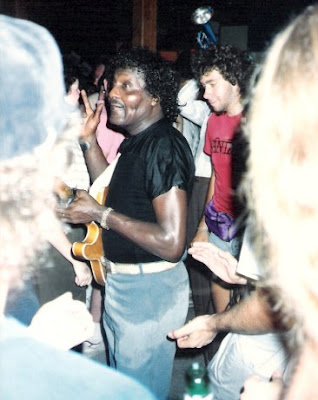 As I said in the prior post, Albert always goes out into the crowd to play.  Here, it was not nearly so orderly as a hotel ballroom with nice chairs all lined up.  Peabody's was just a mass of humanity on the floor in front of the stage.  Albert just waded in anyway. 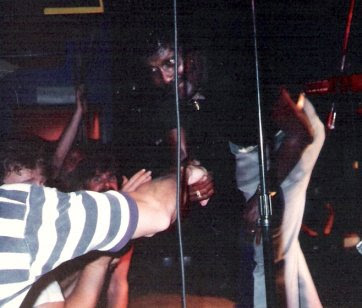 Saying goodbye.  Rest in peace, Albert.  You were truly a Great One.
Posted by bluzdude at 5:56 PM