Just when you thought the Health Care Hulabaloo was on the wane, we’re finding out it’s still going strong.  When my friend Red Pen Mama published a post on why she supported the health care reform bill, she was astounded when it drew over 1500 hits.  Immediately wanting to cash in on some of that action support the cause of health care reform, I thought I’d put down a few thoughts.
The first thing I learned was that Red Pen Mama’s raised traffic was due to her blog being featured on WordPress’s homepage, so my attempt to raid some of that attention is for naught.  But that’s no slam on RPM… she did an amazing job responding to more than a hundred comments, wielding her red pen (and “delete” button) to keep the discourse civil.  She was, in fact, far more civil than I am prone to be.
There were a lot of arguments put forth in those comments and I’d like to address some of them now.
“The Health Care Reform bill (HCR) is too expensive.”
I completely disregard this argument, like I do with all the cost arguments put forth during the last year.  Where was all this concern for the budget when President Shrub and his cohorts were turning our surplus into a deficit due to tax cuts, a couple of wars and a massive prescription drug giveaway?  They’re only complaining now because it’s not their guy.
W’s spending got us thousands of people killed, padded the bank accounts of the nation’s richest 2% and filled the coffers of the pharmaceutical industry.  All we’re getting with HCR is affordable coverage for everyone in the country and a brake on the insurance industry’s screwing us as aggressively as they have been accustomed..
“Health care will be rationed by bureaucrats.”
Health care is rationed by bureaucrats right now.  The difference is that the job of the current bureaucrats is to do everything in their power to find ways not to cover their customers.  Regardless of how effective it ends up being, the government will at least be advocating for us, and not the insurance industry profits.
“The bill went through too fast.”
Horseshit.  The issue was a campaign promise.  It’s been in front of Congress for the last year.  That is NOT too slow.  The mantra was “slow down” because that way, progress is easier to tie up with endless debate and superfluous amendments designed to torpedo the shebang.
By the way, how fast did the Republicans ram through that Terri Schiavo law?  I’ve waited on line at Burger King longer than it took for them to pass that law diving into a private family’s painful personal business.  But the Republicans are all about less government, right?
“Hey, there are sweetheart deals attached.”
Again, the hypocrisy is showing.  Every bill needs some horse-trading in order to get passed, including ones that went through the Republican-led Congress.  It’s unfortunate, but that’s what it takes to get anything done nowadays.  To bitch about that fact is to assume the American Public is too stupid to realize it.  The Republicans realize that if they’re the ones pointing the loudest fingers, no one notices the ones pointing back.
Oh, and crying about using the reconciliation process?  The Republicans did that too.  It’s the same old argument… when they use reconciliation; it’s a Constitutional right.  When their opponents do it, it a scandal foisted on the unsuspecting public.  Cry me a fuckin’ river.
“Republicans were shut out of the process.”
Um, no they weren’t.  They were in as much as they wanted to be, up until the point became obvious that no matter what was put in the bill, they were voting against it.  The Democrats made a number of concessions and incorporated some items favorable to Republicans, but it never got a single vote at any stage of passage.  That’s not a group that wants to participate in anything but sabotage.  There comes a time when one side has to wave their private parts at the other side, flip the bird and retreat to go it alone.
“It’s an affront to “Liberty” to force people to buy health insurance.”
Is it an affront to “Liberty” to force people to buy car insurance?  Of course not.  It’s a simple matter.  Without car insurance, if a driver gets in an accident, somebody else has to pay for it.  Without health insurance, if someone goes to the emergency room, someone else has to pay for it.  It’s the same thing… people take responsibility for themselves so others in society aren’t forced to pick up the tab.
Under the HCR, efforts are made to make that insurance affordable.  And don’t give me that argument about it being different because car insurance is a state requirement, not federal.  Yeah, like everyone is all inflamed about this bill because it’s the requirement is from the Fed and not the State.
Bullshit.  Just another excuse pulled out because it sounds plausible. 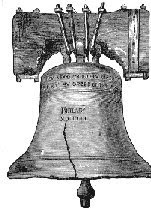 Let me ask you something… How much “Liberty” was given away with the excesses of the Patriot act?  No court orders?  Unlimited wiretapping, electronic information gathering, surveillance of freakin’ library books?
There are hundreds of examples of Patriot Act statutes being used for non-terrorist matters, including a convent full of nuns getting their assets frozen.   Nuns.  And people want to bitch about loss of liberty from buying their own goddamned health insurance?
That “Liberty” argument is as cracked as their bell.
The Wounded Right is just throwing shit at the wall and hoping some of it sticks.  Personally, I’m fluent in translating the Right Wing bullshit.  But as a public service, I’d like to provide this handy video guide to speaking “Republican.”


Note: sorry about the sizing.  I couldn't make it small enough to fit.  You can always double-click the video and watch it on You Tube.  But be sure to leave a comment first!
Posted by bluzdude at 7:53 PM