I got into town uneventfully, which is my favorite way to arrive.  John picked me up and we headed straight to Shawn's Irish Pub, in Waterville OH.  This location seems to be under new management every time I'm here, but they've really done it up nice this time, with lots of wood and a big U-shaped bar.  As always, the food was outstanding. 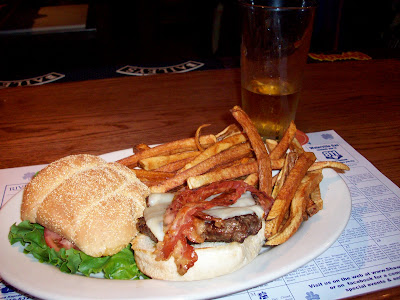 I always start with the cheeseburger, then go from there.
Rik and John's dad met us there.  I was the only one that ate, but we all had a couple of rounds.


Next stop was the grocery store, to lay in reinforcements. 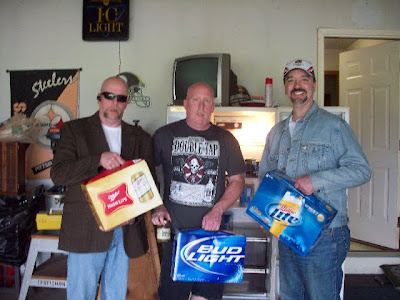 I don't want to hear if from all you beer snobs.  We like the regular American shit.
Rik's girls may be all grown up but there is a new generation of rugrats in the house. 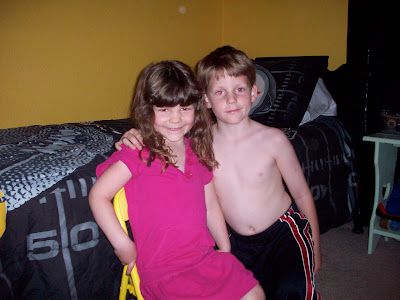 These are John's grandkids, Jaidyn and Gavyn.  Gavyn stays with John full time, his sister comes to visit every other weekend.  (long story)
This weekend's WTF moment: 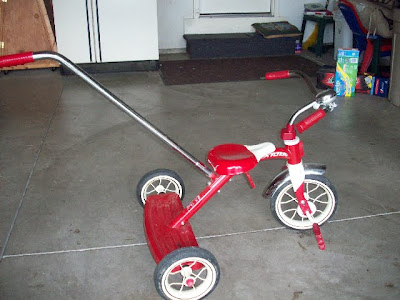 Why the HELL would anyone need a handle on a tricycle??  I mean, something like that could be handy if you're trying to teach your kid how to ride a bike without training wheels, but a tricycle??  I don't get it.  And John couldn't explain it either... Parents?  Little help here?
We were supposed to see the fabled Toledo Mudhens, but forecasts said 80% chance of rain.  So we made an executive decision and bailed. 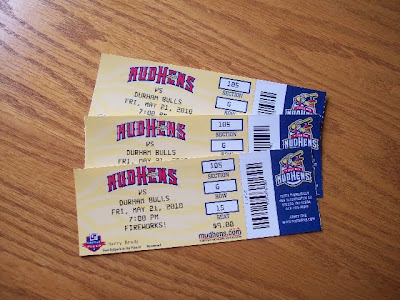 Wasted!
Well, they did eventually call the game off, so the tickets can be reused.
The first night's grilling event was to be chicken.  John's secret weapon is to soak apple-wood chips in water and add them to the coals, for a nice smokey flavor. 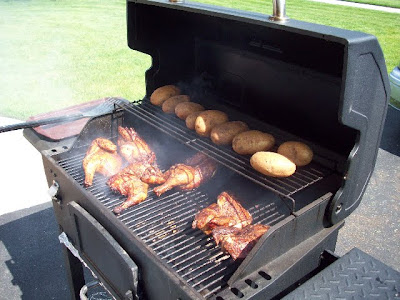 We also had some nice taters... it was the first of many feasts to come. 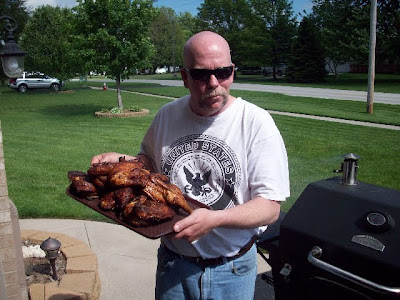 After the chicken, it was time for the Whitehouse Cornhole invitational. 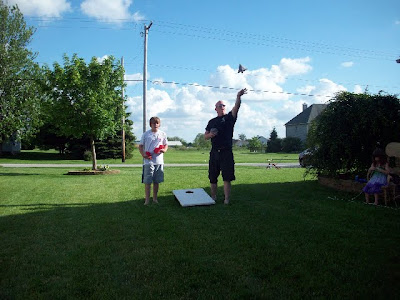 Rik, demonstrating his Shaquille O'Neal bricklaying technique.
I had a pretty good night, all told.  Rik and I took 3 in a row from John and Rik's son Jacob.  The Kyrie and I won 2 of 3 from John and Jake.  Last match, Rik and I lost 2 of 3 to John and his neighbor Bob.  I tell, my cornholin' arm is in bad shape this morning, in addition to some sore thighs from bending over.  (to pick up the bags, smartass...)
Another of John's neighbors has a fresh baby, so Kyrie was all over that. 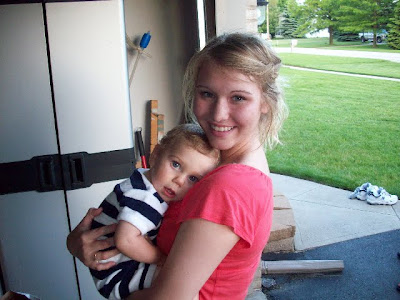 You got time, girlie, you got lots of time...
Kyrie is already drawing rave notices as a babysitter.  Kids just seem to flock to her, especially little girls.  Jaidyn is another very "girly" girl, and looks at Kyrie like she's her fairy godmother. 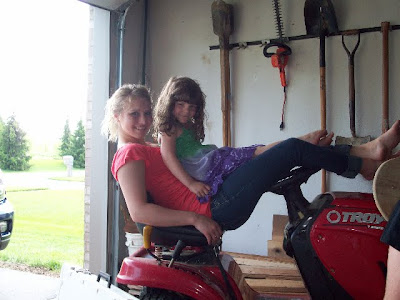 After the Cornholin', we had nothing left to do but stand around and drink.  By this time, 6 of John's neighbors were on hand at the Dad Cave, so the music rolled and the drinks flowed. 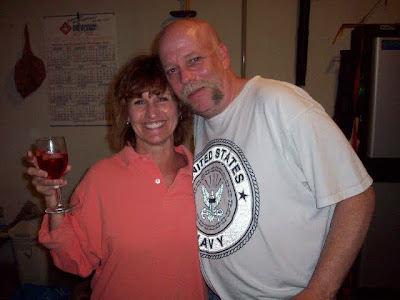 John and neighbor Fran.
So it was kind of a rough morning today, but considering how much we had to drink, I don't feel too badly.  On my Bags'O Fuck scale, I feel like about 2 Bags'O Fuck, and that's not too bad.  Mostly it's just muscle fatigue.
By 10 this morning, John already had the grill going for tonight's entree:  Beef Brisket. 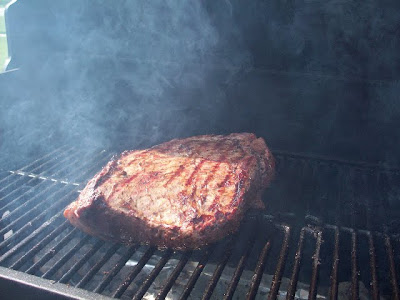 He cooks it at about 250 degrees for 7 hours, thus making the neighborhood drool all afternoon.
OK, gotta catch a shower and become somewhat presentable.  I will post further updates as time allows.
Note:  I apologize if the format here isn't as tight as usual... I'm typing all this into the blogger template and I'm not fiddling with the html.  (Normally I work everything out in Word, then paste it into the template.)  So sue me... you get what you pay for!
Posted by bluzdude at 1:23 PM

Email ThisBlogThis!Share to TwitterShare to FacebookShare to Pinterest
Labels: Bluz LIfe, The Barn, The Glory of Meat